The seaplanes are back

The Rolex Middle Sea Race celebrates Malta’s maritime connections. Another, albeit lesser known, event has the same aim: the Como to Malta Seaplanes Rally – Roberts Cup. Its originator, Jonathan Galea, recalls the country’s rich aviation history and the wonderful story of the seaplanes of Malta.

Taking place around the first weekend of October, the aim of the seaplanes rally is to recreate some of the exhilaration of maritime aviation over the last 100 years. Its focus is the Mediterranean, which is where the first seaplane was flown by Frenchman Henri Fabre on March 28, 1910. 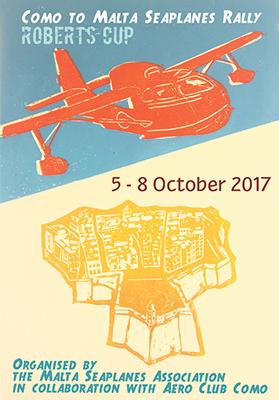 My father served in the Royal Air Force and with the family was constantly exposed to aeroplanes, his interest in flying boats was boosted by the regular recollections of veterans of ‘Calafrana’, which had been the British Empire’s most important seaplanes base in the Mediterranean during both world wars.

When he later obtained his landplane pilot’s licence, he decided to take his flying experience a step further with a new challenge at the Aero Club Como. Founded in 1930, it is the oldest seaplane flight school in the world.

He proposed to Aero Club Como, Malta’s Ministry for Tourism and the Malta Tourism Authority an event that would connect the mountains and lakes around Como with the beauty of Malta’s fortifications and its Grand Harbour.

Agreeing the idea would do justice to the history of seaplanes in Como and Malta, which, in both cases, dates to the 1910s, they committed their support.

Malta has an interesting history of seaplanes.

The first recorded flight in Malta was made by Cecil F. Kilner on a Short Type 135 seaplane bearing serial number 136, which flew over the Grand Harbour on February 13, 1915. The aircraft was aboard the first purposively-commissioned seaplane carrier HMS Ark Royal and later saw action in the Dardanelles and at Gallipoli. The aircraft and its pilot had participated in the unprecedented ship-based air raid at Cuxhaven, Germany on Christmas Day 1914. Malta went on to become a primary Royal Naval Air Service seaplane base with a slipway and hangar built in 1916 in what would later become RAF Kalafrana. 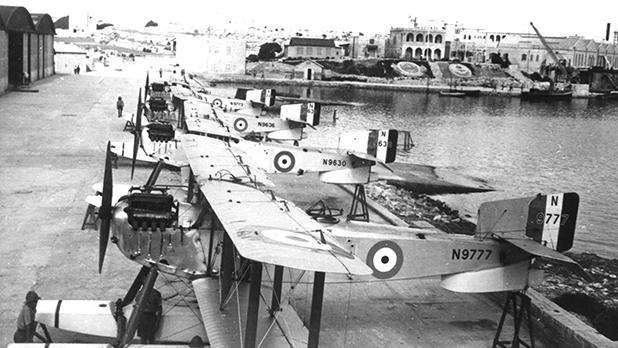 A squadron of Fairey IIIDs at Kalafrana in the 1920s. Photos: Richard J. Caruana Archives

Malta-based seaplanes were a small and yet important part of Britain’s military arsenal at a time when its empire was at its zenith. Besides the Short Type 184 seaplane, other early aircraft included small French British Aviation (FBA) flying boats and the larger American Curtiss H-4 float planes.

Seaplanes were also a common feature during peacetime in the Maltese islands with many curious occasions such as a call by the king of Spain, Alfonso XIII, on an Italian flying boat in 1927. That same year, the Schneider trophy-winning Supermarine S5, designed by Spitfire architect R. J. Mitchell and flown in Venice by Sidney Webster, left for the competition directly from Malta.

Again in 1927, there was an eventful setback for long-distance pioneering aviator Sir Alan Cobham in his trailblazing England-to-Africa seaplane tour when he encountered severe weather over Malta, which seriously damaged his aircraft. The famous pilot used his idle time to set out recommendations for optimal airfield sites that would later emerge at Ta’ Qali and what is today Malta International Airport. 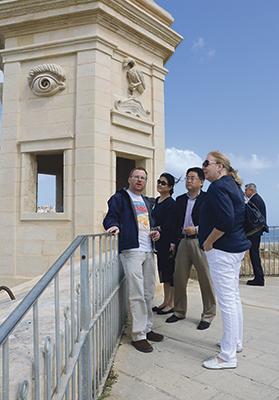 When a Singapore flying boat crashed in Messina, Italy in 1935, the deceased crew and passengers were afforded joint military honours by the Italian and British forces and laid to rest in Kalkara.

In 1951, the flying boat Star of Australia crashed near Malta while taking 39 migrants for a new life in Australia. Luckily, only one person died.

Over the years, Malta saw the massive Sandringham and Sunderland flying boats in operation, some of which had their final resting place here.

The Malta Seaplanes Association is adamant that such a glorious history will not be forgotten, hence its efforts to keep the seaplanes flying in our skies and landing on Malta’s uniquely picturesque stretches of water. I  truly acknowledge that it is not an easy ride but find courage in the fact that, though small, the association embraces dedicated members, including one of Malta’s most eminent aviation specialists and the support of the world’s most iconic seaplane club.

The biggest real challenge for the annual event is identifying aircraft and pilots fit for the task. It is estimated that, in Europe, there are barely 150 seaplanes and most of them cannot handle a 3,000-kilometre “ordeal” like the Como-Malta run. The number of pilots with a valid seaplane rating is not much higher than that, either.

Which means, it is not only whether Malta’s connection continues to be celebrated through the rally but, rather, whether the revival of seaplanes across the whole of Europe might somehow be facilitated by this event.

Although this is a mammoth task, the advent of new aircraft materials and models holds some hope that these craft will not become extinct and will once more become a common sight on our seas. 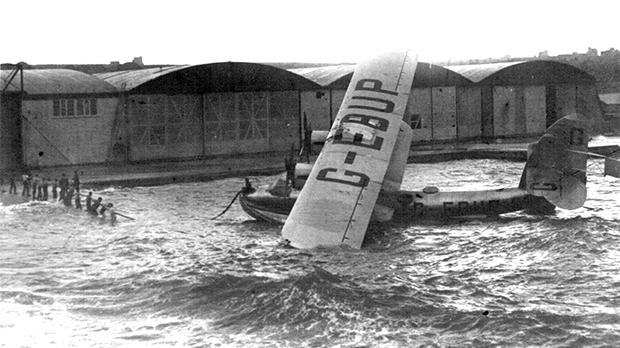 Sir Alan Cobham’s Short Singapore G-EBUP is rescued from the raging seas off Calafrana on November 25, 1927 following a flight from St Paul’s Bay for refuelling.

The association is approaching seaplane manufacturers with the idea of launching their models in the ‘glitzy surrounds’ of both Como and Malta. Hopefully they will succeed.

I have one other ambitious project in mind. There are perhaps only a handful of people still alive in Malta who remember seeing the Sunderland flying boats in Kalafrana and Mistra in the 1940s and I would like to interview them for the association’s ‘oral history seaplane memorial project’. This is part of a wider proposal for a world-class seaplanes museum, already discussed with both the government and the private sector.

The Malta Seaplanes Association is also interested in working with history students willing to help it document such matters (it can be contacted via Facebook).

Drawing on the experience of Como, I need to point out that such initiatives are proving to be a tourist attraction and a seaplanes hangar could even serve as a venue for community and cultural events. The association already collaborates with the Senglea local council in connection with the Roberts Cup event and it would like to set up a community seaplane club in the Menqa area of Marsa.

Besides restoring the seaplane ramp and embellishing the physical environment there, a seaplanes-inspired regeneration programme could help create a special new dynamic, increasing social cohesion and improving quite significantly the economic prospects for this previously blighted area.

Evidently, seaplanes are not things of the past.

Jonathan Galea is president of the Malta Seaplanes Association. 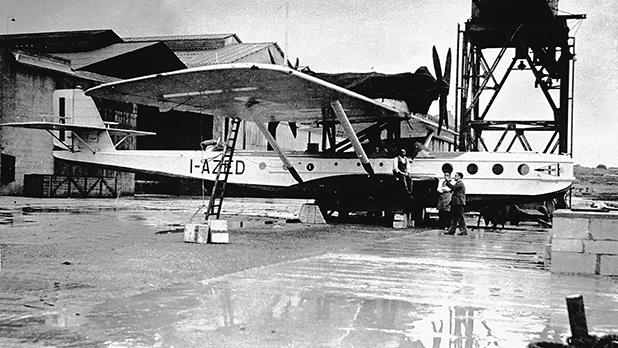 Dornier Wal-Cabina I-AZED of the Italian company SA Navigazione Aerea makes a scheduled stop at Kalafrana on its way to Tripoli from Siracusa, c. 1931.