The 'smartphone effect' is weakening 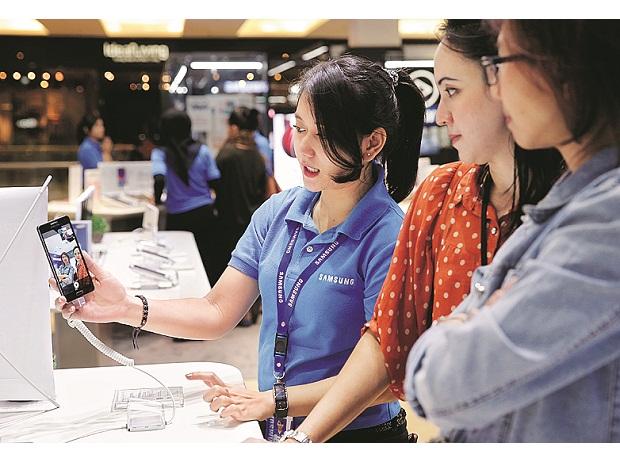 The rush to upgrade smartphones may be ebbing, prompting economists to dial back the outlook for Asian exporters.

Early indications, including signs of disappointing orders, point to a mixed reaction to the latest iPhones, hurting the share prices of Apple Inc.’s Asia-based suppliers. Given that smartphone improvements help power demand for electronics components from supply-chain powerhouses such as South Korea, Japan and Taiwan, a weaker upgrade cycle would have macro-economic implications too.
The weakening “smartphone effect” is not the only reason economists are sensing a peak in this year’s better-than-expected trade performance in Asia. Other threats include forecasts that China’s economy is slowing again and the shift by some developed-world central banks away from years of extraordinarily easy money.

“It feels like we are toward the tail end of the upswing at a time, ominously, that the other key driver of Asian exports — China — is showing signs of resuming its economic slowdown,” said Rob Subbaraman, chief economist for Asia ex-Japan at Nomura Holdings in Singapore.

The smartphone cycle and firmer Chinese growth were among reasons Asia defied predictions of trade wars, deflation and tepid demand to instead see increased exports of everything from cosmetics to semiconductors. In the year-to-date through August, the region’s exports have been the strongest in dollar terms since 2011, according to economists at Morgan Stanley.
There is no precise measure of the impact of smartphone production on Asian trade, but economists say it’s sizable. Take South Korea: Exports of semiconductors jumped 57 per cent in August to a record $8.8 billion, owing to the release of new phones and increases in DRAM capacities. That was about 18.6 per cent of the country’s total exports for the month.

There are other signs that Asia’s trade recovery is starting to cool. China’s year-to-date exports are up 7.6 per cent, but growth slowed to 5.6 per cent in August and imports are showing signs of consolidating. And some analysts say South Korea’s impressive export growth rates could soften in coming months as a weak performance in 2016 is no longer the base for comparison.

Slipping activity at major Asian ports, including hubs such as Busan and Shenzhen, are among indications that a recovery in the global container trade may have peaked, according to economists at Bloomberg Intelligence.

A new Asian trade tracker from Goldman Sachs also registered slower export momentum in August, and a broad deceleration across sectors, with the exception of semiconductors. Imports are also weakening.