The tragedy of separation: The Story of India 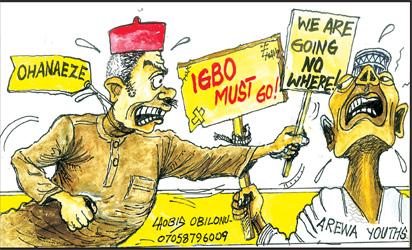 THE famous psychiatrist and Pan-Africanist, Franz Fanon after a clinical study, came to the conclusion that “Colonialism is a one-arm bandit”. No colonial power better illustrated this than Great Britain which in its quest for power and colonies, invaded about 90 percent of the 195 countries in today’s world. In fact, only 22 countries escaped invasion by Britain. In Africa for instance which has 55 countries, only seven; Burundi, Central African Republic, Congo Republic, Sao Tome, Chad, Mali and Cote d’Ivoire escaped British  invasion.

At the height of its rule, British Colonies, Dominions, Mandates, Protectorates and Territories had 412 million persons or 23 percent of world population and covered 24 percent of the world’s surface. Its seizure and colonisation of what is today’s United States, Canada, New Zealand and Australia forever changed their demography as their original inhabitants were virtually wiped out of the earth’s surface.

The largest British colonial expanse and the most populous was the British India which gave birth to countries like Malaysia, Sri Lanka, Nepal and Afghanistan. In 1867, Singapore was sliced from India; in 1898, British Somalis was excised from it and in 1937, Burma (now Myanmar) was cut from India. What was left of India struggled for independence. It was a much abused country from which the British looted cotton, silk, salt and dye. It became the major place the colonialists produced opium and forced it on countries like China.

As it did in colonies like Nigeria and Uganda, Britain did not begin a direct colonisation of India. Rather, it used one of the bloodiest, tyrannical and conscienceless trade monopolies in human history, the East India Company or the Honourable East India Company, HEIC, as it preferred to call itself. The company was a coalition of 218 British merchants who on December 31, 1600 were granted monopoly of all trade on the east of the Cape of Good Hope by Queen Elizabeth I. The Charter they received from the Queen was under the curious name “Governor and Company of Merchants of London trading into the East Indies”.

By 1800 the HEIC had a standing army of 200,000 with which it colonised countries in the region, imposed tax, ran a mercenary government and carried out massacres especially in Bengal. It began its direct colonisation of India in 1757 and ruled for 101 years when a revolt by the colonised forced it out. The British Government then took over the colonisation from 1858, ruling for 89 years.

Britain was badly bruised in the Second World War and it declined as a world power. Part of the fallout was that it no longer had a strong hold on the colonies and it dawned on it that its colonial sun had set. But rather than depart peacefully, the colonial mentality in it, triggered its old past time of ‘Divide and Rule’. The most telling effect of this was in India whose peoples were actively engaging the colonialists and demanding independence. While Britain in the case of Nigeria, encouraged ethnic, regional and religious divides, its primary weapon in India was religion.

It had a willing ally in the Muslim League founded in 1906 primarily as a counter to the Indian National Congress. Some Muslims feared that as a minority, they may not get a good deal under the majority Hindus who also had Sikhs as allies. As the struggle for independence intensified on the one hand, the League under its new leader and former member of the Indian Congress, Muhammad Ali Jinnah, proposed a two-nation hypothesis which argued that India actually has two nations in its womb; the majority Hindus, and the minority Muslims who do not want to be governed by a non-believer. They argued that what is needed is a holy land (Pakistan) for the Muslim faithful.

On the other, the majority argued that Mother India can accommodate all her children and that the primary issue is to force the colonialists out, gain independence and address all matters including religious affiliation. Jinnah argued that the only basis the League can  accept one country is if power is handed over to it.

Mahatma Ghandi, leader of the majority agreed to this, but Jinnah declined; to the League, it is a sin not just to be ruled by the Hindu, but even to continue cohabitation with them. Ghandi tried to get the British to postpone independence by two or more years to enable a resolution of the contrived crisis. He also proposed within the period, a “Treaty of Separation” that would see India run like a confederacy with a common Foreign Policy, Defence, Communication and Currency. This was rejected.

Ghandi warned: “It is worse than anarchy to partition a poor country like India whose every corner is populated by Hindus and Muslims living side by side. It is like cutting up a living body into pieces. No one will be able to tolerate this plain murder.” On another occasion he lamented:  “We are not inhabiting a country full of deserts and wastelands. We are a densely populated country and I do not see the slightest chance for such redistribution.”

But his protests were brushed aside. The British ignored all pleas and began its programme of partition with indecent haste which resulted in avoidable tragedy. Prime Minister Clement Atlee on February 20, 1947 appointed Admiral Louis Mountbatten as Viceroy of India with the task of overseeing the Partition and transition to independence not later than June 30, 1948. On June 3, 1947, that is within four months, Mounbatten submitted his plans for Indian independence to the government and based on this, the British Parliament on July 5, passed The Indian Independence Act.

Two days later, Jinnah moved to Karachi where the Constituent Assembly proclaimed him President. The next day, the British sent Sir Cyril  Radcliffe as Chairman of the India Boundary Commission to split the country into two parts. Within seven weeks, a man who had never been to India who confessed he did not know the people or their culture, drew a line (The Radcliffe Line) on Indian soil and proclaimed one part India, the other, Pakistan.

Immediately, the scramble Ghandi had feared began; about 15 million people moved either way, and in the process, between one and two million people were murdered by opposing sides in horrendous massacres from which neither India nor Pakistan have recovered. Both marked the 70th anniversary of their independence this week (August 14-15) It was more a commemoration of a tragic past with both countries yet to even agree on their exact borders especially Kashmir. They have been to war four times including an undeclared one, and both are armed with nuclear weapons. The separation of India was simply a tragedy which is still unfolding seven decades later.