The world is running out of a resource, and it’s not oil

Kampot, in southernCambodia, seemed an unlikely place for a development boom. Its quiet and idyllic streets and neighbourhoods nestled on along the Praek Tuek Chhu River made the rapid pace of so-called progress in other parts of South-east Asia feel worlds away.

But that quiet was shattered seven years ago as a wave of infrastructure projects began to swell, including the restoration of a railway that linked to the capital, the refurbishment of colonial buildings and the construction of a resort in nearby by Bokor Hill. The rapid development that followed created a need for raw materials, especially one: sand to make cement and concrete. And in the quiet Kampot, the sight of dredging barges, that extracted sand from the estuary of the river, became frequent.

As development spread, the extraction of seemingly endless sand became more prosperous. During this time, Cambodia was also exporting sand to Singapore, which had an insatiable appetite for the material to expand its territory through artificial islands. 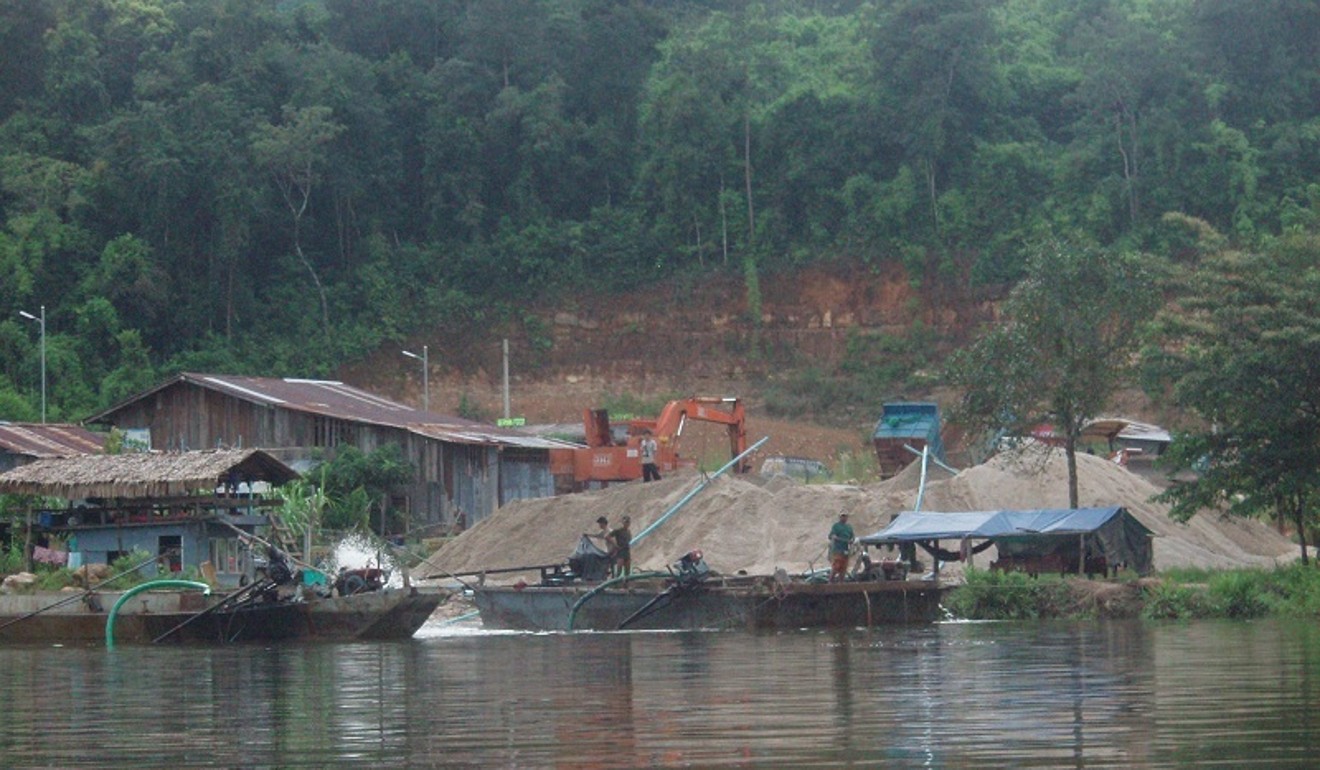 While the money was rolling in – mostly on the black market – the government ignored calls from activists warning of the negative environmental and social effect of sand extraction. But an investigation in 2016 revealed that Singapore reported to have imported US$752 million in sand from Cambodia, but Cambodia only reported US$5.5 million in exports to the Lion City. This discrepancy forced officials to eventually halt all exports of sand in July after a public outcry.

“It was a systematic fraud”, says Alejandro Gonzalez-Davidson, co-founder of Mother Nature, an environmental group that spearheaded the inquiry. “Taxes were evaded for 95 per cent of the exports”.

Other countries in Asia, such as Indonesia and Vietnam, have also banned or restricted exports over the past couple of years because of the enormous environmental damage, while India has begun to limit licences it issues to export sand.

Thailand chases Chinese money, but at what cost?

Some of the main suppliers have already said they won’t be able to keep up with demand. For instance, the Ministry of Construction of Vietnam, the second-largest producer of cement in Asia after China, recently warned that the country will run out of sand by 2020.

The restrictions come at a time of rapid economic growth in Asia and plans for massive infrastructure expansion across the continent. Many of these projects, such as the high-speed trains linking Laos and Thailand and Kuala Lumpur and Singapore, are being rushed through production after Beijing this year reshuffled its Belt and Road Initiative, a plan to boost global trade and diplomacy with more than 60 countries in Asia, Africa and the Middle East through development.

In 2018, the problem will worsen since demand will keep growing, especially in Asia, for a resource that is becoming more limited, Pascal Peduzzi, director of the UN Global Resource Information Database, says. 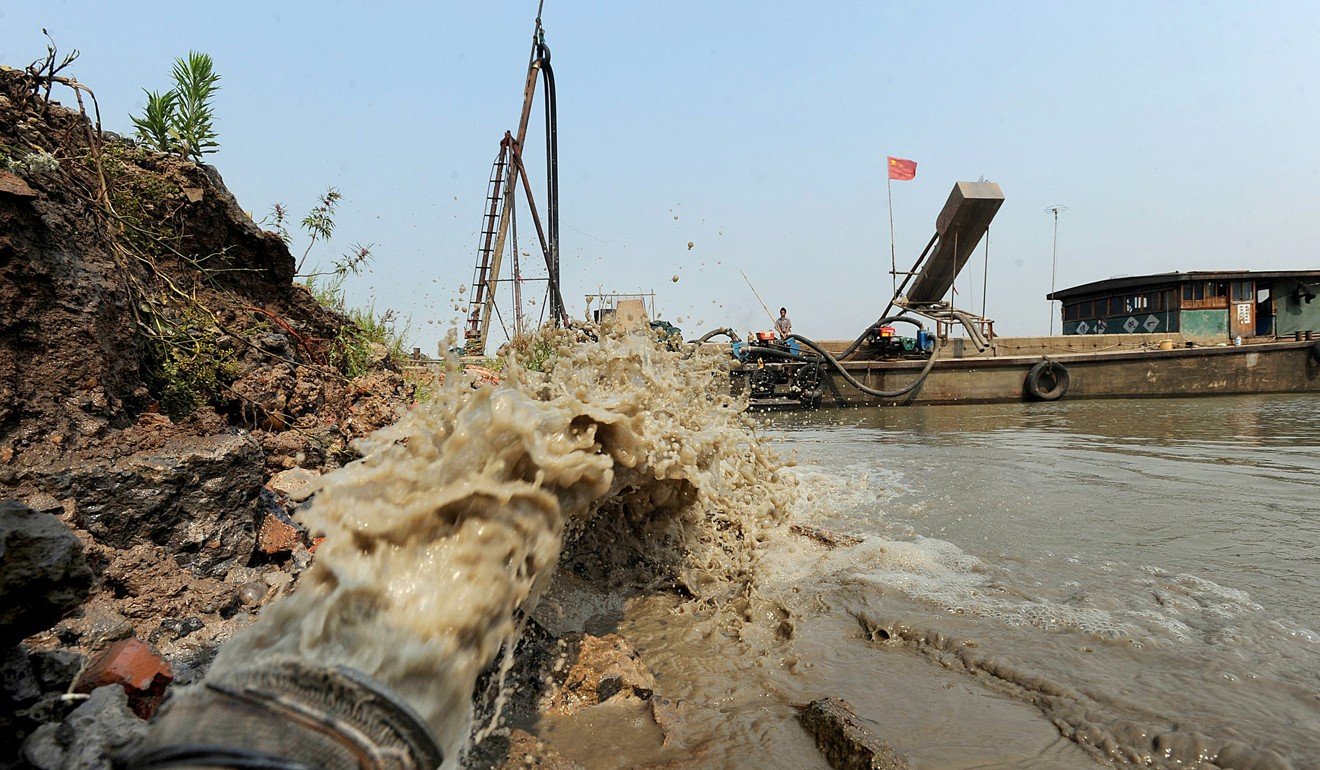 “In some [Asian] regions, the economic costs of the impacts from sand mining are starting to be noticed,” Peduzzi says. According to a 2014 UN report Peduzzi wrote, sand and gravel, which have surpassed fossil fuels and biomass to become the world’s most extracted materials, “are now being extracted at a rate far greater than their renewal”.

“Sand and gravel are the main commodities used for human activities. It is everywhere: roads, dams, buildings, airport, land reclamation …”, Peduzzi says. “It seems so usual and we have a lot of sand, we humans are poorly equipped for continuous impacts.”

Have Chinese missed the takeaway from Xi Jinping’s environmental message?

Asian countries have been some of the main contributors to sand scarcity as development booms. Beijing’s urban growth quadrupled from 1999 to 2009, while New Delhi tripled its population in 25-years. Singapore increased its territory through land reclamation by 25 per cent over the past 200 years.

More than 70 per cent of total sand mined for construction in 2014 was used in Asia, mainly in China, according to the market-research firm Freedonia Group.

“The amount of concrete used by China in the last 4 years is equal to the quantity used by the USA in 100 years,” Peduzzi says. 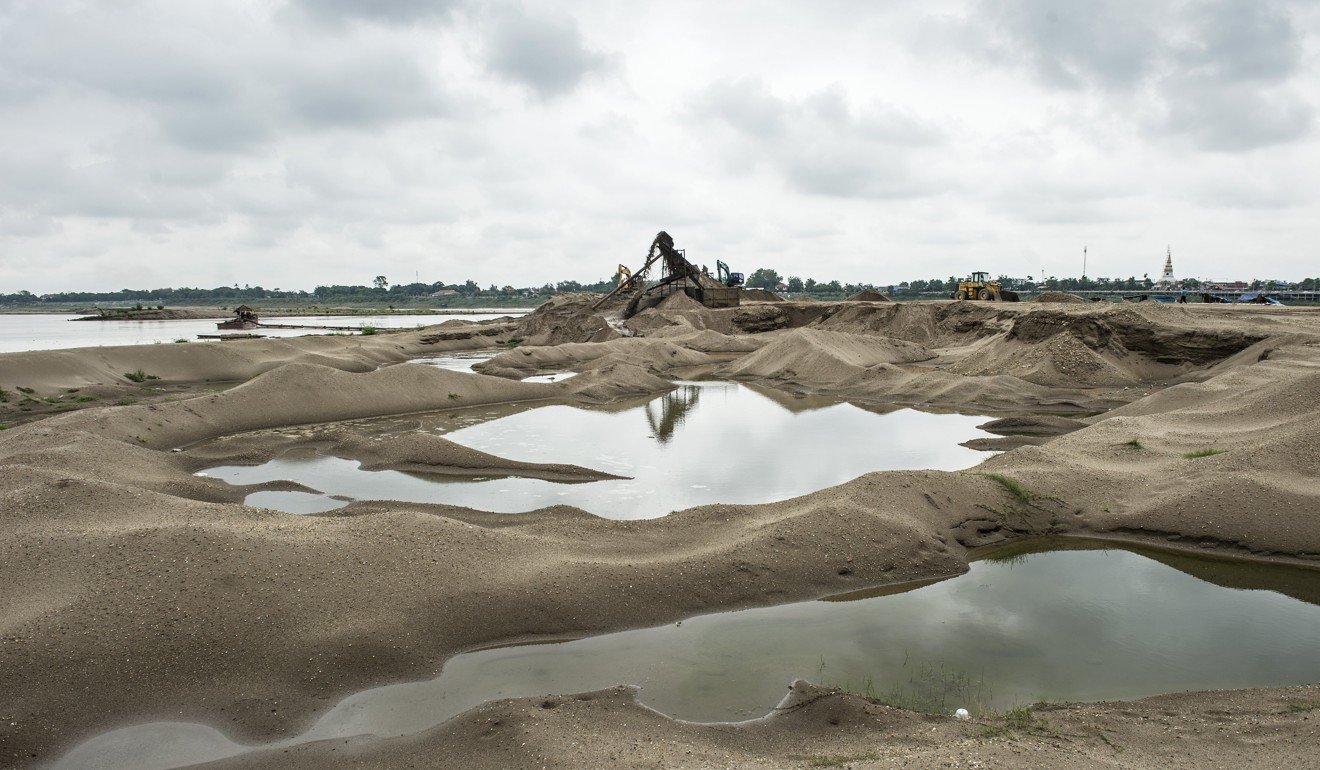 And the trend is poised to continue over the next years. According to Price Waterhouse Coopers, Asia is slated to represent nearly 60 per cent of global infrastructure spending by 2025, mainly driven by China’s growth. In 2019 alone, Asia will need almost 11 million tonnes of sand, of which almost 8 million will be used in solely China, Freedonia Group says.

With an increasing demand and a limited supply, most of the analysts expect a spike in sand prices, especially in the developing world.

“Globally the price of the sand has not risen much so far but it is foreseen that the cost will increase soon,” said Aurora Torres, researcher at the German Centre for Integrative Biodiversity Research and co-author of a 2017 study on sand extraction.

India is killing the Ganges, and Modi can do nothing about it

In Vietnam, local media reported prices have already increased by 40 to 50 per cent and Freedonia Group forecasts that global price for construction sand will jump to US$8.60 per tonne in 2019 from 5.65 in 2004.

According to Torres, the lack of sand is propelling the globalisation of “a resource that traditionally was extracted locally”.

Impact on infrastructure plans will depend on national budgets. Singapore, the world’s largest importer, will probably have to pay a bigger bill to keep increasing the size of its territory, but “so far they will not stop their plan”, Peduzzi says.

The lack of sand might jeopardise some of the bigger development projects in the Belt and Road plan, Peduzzi says, including islands in the South China Sea that are being made by “dredging boats to pump the sand in the lagoon and cover the coral with this to create artificial islands”.

The shortage is also driving illegal sand extraction in the region, which can compromise the quality of the materials used in construction – and the stability of the structures built with such materials.

Puffing across the ‘One Belt, One Road’ rail route to nowhere

In India, “when there is an acute shortage … they will perhaps extract sand from the seasonal river beds”, says Ashutosh Limaye, head of research at global real estate services and consultancy firm Jones Lang LaSalle. “That high-moisture sand typically has very high silt content and this could go in detriment of the strength of the concrete for which that sand is used.”

But higher sand prices will be nothing compared to the environmental cost, Peduzzi says.

“We will face the [environmental] impact from sand extraction, [depending] on where sand is being extracted.” 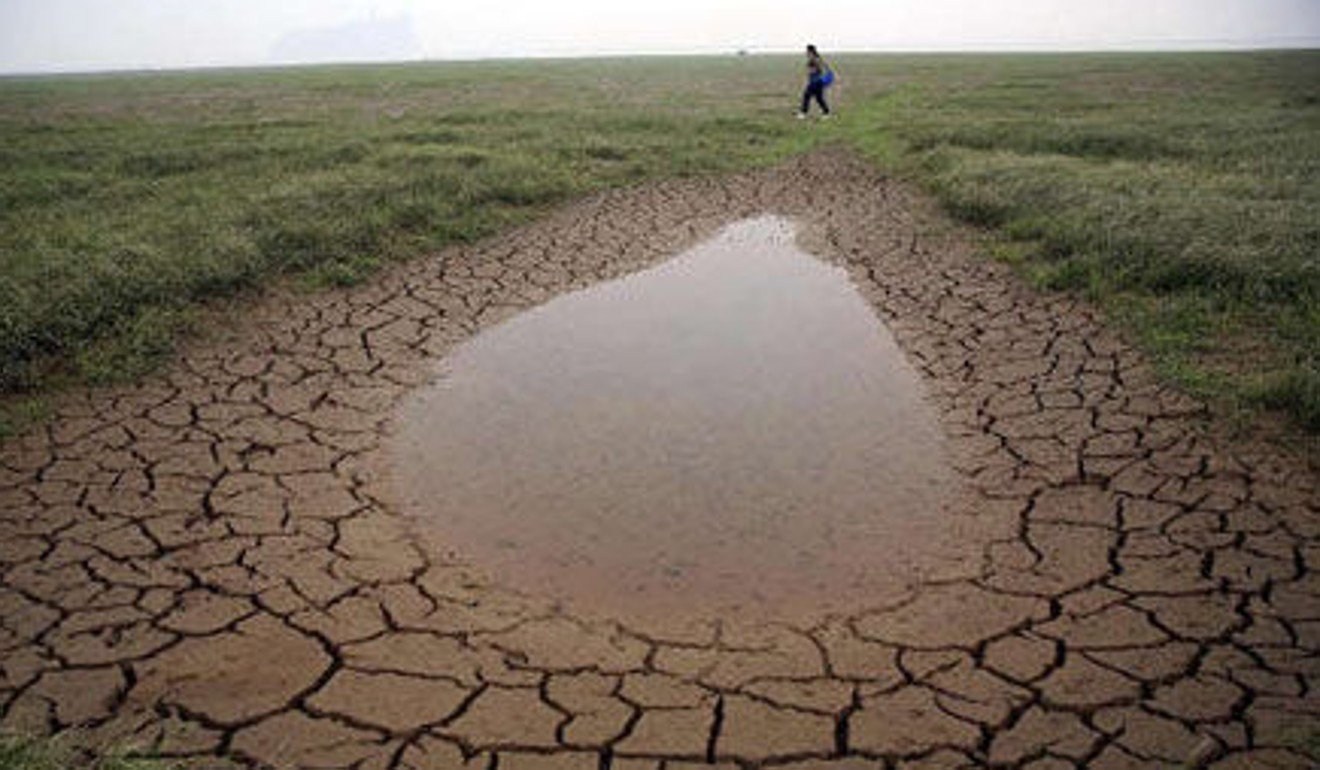 Many countries in Asia are already seeing the effects. In Indonesia, several islands near Jakarta have disappeared because of illegal extraction. In China, sand extraction has caused a dramatic decline in the water levels of Poyang Lake, the country’s largest freshwater lake.

In Cambodia, the sand extraction in the Koh Kong province has caused long-term environmental impacts in the river and coastal areas and have displaced fishing stocks, Gonzalez-Davidson, of Mother Nature, says. “Impacts are difficult to understand because there isn’t any specific scientific research but we have documented a massive decrease in the crab populations and seawater intrusion in the mangrove area”, he says.

The ban allowed some recovery in the area, he says, but the long-lasting effect is still unknown.

“We are not sure about the long-term impact already caused [but] I don’t think the mangrove will survive.” ■