The ‘Yorùbá’ nation and Omolúwàbí renaming proposal 39 mins ago 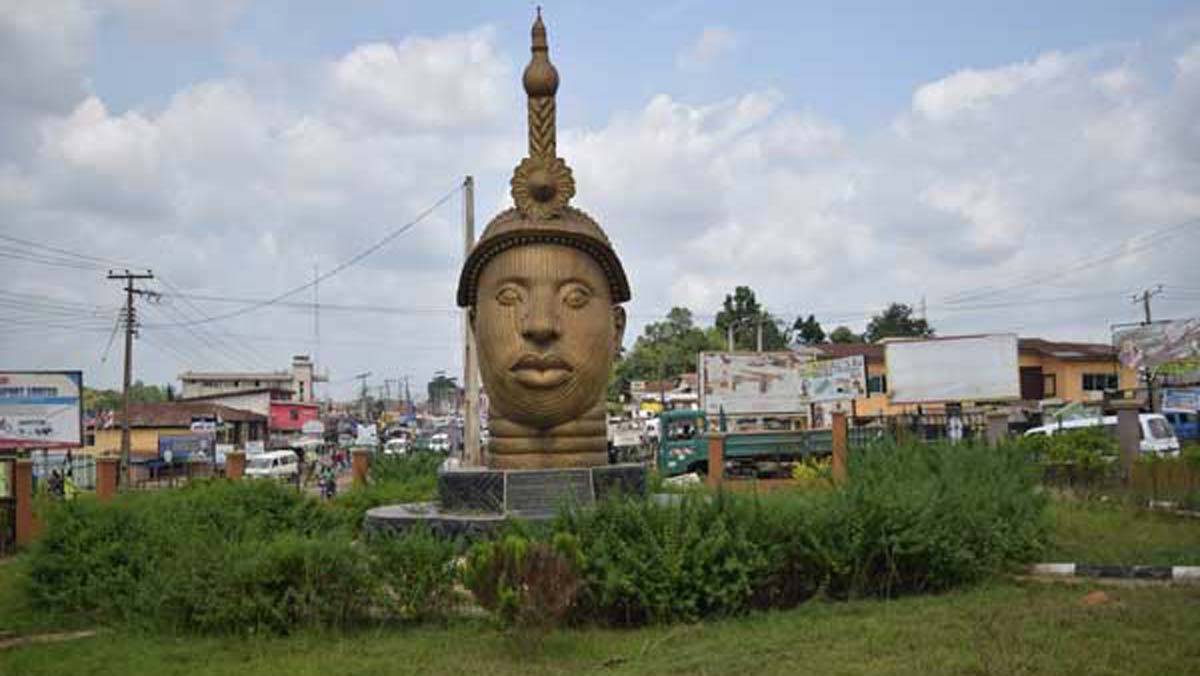 I have never hidden the fact that I am a proud Yoruba person who appreciates the cultural richness of the Yoruba people. For instance, I have been fascinated, right from my youth, about the accommodating capacity and the republican pedigree of the Yoruba and how this was demonstrated within the tiny geographical confines of Aáwé. This, in a manner that brings to light the seamless interwoven matrix that Ali Mazrui calls Africa’s ‘triple heritage’ of the traditional, the Islamic and the Judeo-Christian. I have a strong belief that my ecumenical temperament derives from the Yoruba upbringing at Aáwé which enabled me to sample the best of Islam, Christianity and traditional cultural manifestations. My grandfather was a Christian, my grandmother a Moslem, and Aáwé was solidly traditional. It was, therefore, possible for me to connect with my Moslem cousins during Ramadan, attend church and appreciate the cultural essence of the Egungun festival.

This my fascination with the Yoruba culture has grown over time, sufficiently enough for me to follow avidly its underpinnings in the unfolding of Yoruba politics, development and progress within the confines of Nigeria. I am equally patriotic a Nigerian enough not to be assailed by the possibility of a dissonance between my Yoruba beingness and my nationality as a Nigeria. On the contrary, I am actually convinced that the Yoruba and their Southwest configuration have a significant role to play in the transformation of the Nigerian governance framework. All my arguments for reform and restructuring have been directed towards enunciating this conviction of the indivisible relationship between the Yoruba and the future of Nigeria. Recently, I have reflected on the future of the Yoruba in Nigeria. This is why I became extremely interested and intellectually tickled when I heard a beautiful Ewi poetry recitation by Pastor Adekunle Steven Adedeji, popularly known as Kunle Omo Alaafin Orun.

Anyone hearing this poetry rendition, especially the first lines, and not familiar with the oeuvre of Omo Alaafin Orun would immediately put him in the same patriotic context with the great Ewi exponent, Lanrewaju Adepoju. That comparison would be both right and wrong. It would be right because the recitation has the same scintillating vocal acrobatic flowing from a magisterial mastery of the Yoruba language, idioms and proverbs. The comparison is equally right because both ewi poets are concerned with the state and future of the Yoruba people. But the comparison breaks down immediately the rendition proceeds to a certain point and it becomes obvious that Kunle Omo Alaafin Orun is a Redeemed Christian Church of God (RCCG) pastor. This is not a bad thing at all. In fact, it just makes the poetry rendition all the more intriguing and compelling. It is a mesmerising oral poem that demands reflection through its sonorous weaving of Yoruba history, research, Christian theology and Yoruba cultural evolution. In summary, Omo Alaafin Orun makes a case for an urgent change of name from “Yoruba” to “Omoluwabi.” He then went on to weave a historical trajectory that places the Yoruba at a Coptic juncture which made Yoruba historical origin entirely Christian, and the justification for a renaming.

Omo Alaafin Orun commences the poetry rendition with an elegant but insistent account of his research which, according to him, not only revealed that the concept of “Yoruba” did not emanate from the Yoruba themselves but is a name external to us. But more importantly, his research supposedly revealed that the term “Yoruba” came from a Hausa corruption – Yariba, as a shorter form of Yaribanza or a “bastard” or “sons of bastard.” This corrupted name has stayed with us for all of history, and, for him, has become responsible for our ill-fortune for that long too. The case is simple: a name is potent because it seems to outline a person’s or community’s destiny. The Yoruba have a very strong belief in destiny, predestination and the significance of names and naming. Thus, the name a person bears becomes a signifier of the person’s lot in life. Thus, if a person’s lot in life has become terrible, one of the first places to commence a corrective measure is the name the person bears.

A properly researched history of the Yoruba, he argues, provides a different trajectory that could lead to the upturning of the Yoruba lot and transform our fortune as a people who have been blessed not only with a deep cultural heritage but who also have a deep and hitherto unknown connection to the God of Christianity. The proper history of the Yoruba, according to Kunle Omo Alaafin Orun, did not begin in Mecca. In fact, that revisionist tendency has an ideological content that is meant to exploit the Yoruba within an Arab/Islamic hegemony. On the contrary, the Yoruba migrated from Nubia via Egypt where they were integrated into a Coptic Christian practice left by St. Mark of the Gospel. The worship of the Orisa that now seems to mark Yoruba religion, for him, was a function of having lost the way and the light of Christianity when historical adversity drove the Yoruba from Nubia.

There is a possibility that this historically serious and theologically insistent poetry rendition could be dismissed by a lot of people. In fact, it was that dismissive and derisive tone that jumpstarted the long list of comments on the Ewi video on YouTube. But then derision is the wrong way to respond to such a carefully thought out appeal and admonition. First, we need to get a clear picture of the message Kunle Omo Alaafin Orun threw out to us all: It seems we have been looking in the wrong places for the source of the Yoruba predicament. Why should we not consider the source of our name? And this is an inquiry that is consistent with Yoruba ontology too, especially with regards to names and destiny. A similar account of the Yoruba came from the allegation that Alaafin Aole placed a curse on the Yorùbá race. Why is this diagnosis and recommendation worse than that other? And this one came with a recommendation: Changing our name from Yoruba to Omoluwabi. This is a revolutionary recommendation, more so that it is linked to a theological background in Christianity. But this is not less inspiring even if it is spurious.
Dr. Olaopa is executive vice-chairman of Ibadan School of Government and Public Policy (ISGPP).

My response is: What’s in a name? In what specific senses does a name or naming constitute a signpost to destiny and predestination? What causal effect does name achieve especially as the Christian Bible suggests of Abram/Abraham, Jacob/Israel or of Jabez renaming? To be mischievous, in what sense did the name “Wole Soyinka”, within the Christian or Yoruba thinking, contribute to the impeding or enhancing of Soyinka’s fame and fortune? My suspicion is that the Yoruba condition is deeper than a concern with the name we were given. If truly the name originated from an external ethnic caricature, then at the least, we owe ourselves the responsibility of tuning that caricature around. And that would be a really ironic success because a “bastard” would then have become a socioeconomic and political powerhouse in Nigeria. The way to get about this is not to change our name to Omoluwabi as if the mere fact of nomenclature is sufficient to transform centuries of economic and political anomalies. Omolúwàbí is an ethical term that denotes someone whose character is so noteworthy that it becomes a reference for the entire community. The greater challenge than naming is the task of demanding the imperative of Omoluwabi from the Yoruba leadership in a manner that will reflect on the visioning the Yoruba nation requires to surge forward.

Omolúwàbí has an underlying reform component. Robert Ingersoll, the American lawyer, has this to say about Abraham Lincoln: “Lincoln was not a type. He stands alone – no ancestors, no fellows, no successors.” The same can be said about Nelson Mandela and Lee Kuan Yew. In the Yoruba ethical parlance, these are Omoluwabi leaders. But being an Omoluwabi comes with what Goethe calls “a never ending song”: “Deny Yourself!” Denial is where the creation of the Omoluwabi personality comes from, and it is essentially the denial of oneself on behalf of others, especially those with whom one has significant connection, be it of family, ethnic, gender, cultural or nationality. Noblesse oblige: Mandela gave 27 years of his life to ensure that South Africa has a chance to undermine the apartheid racial system. Lee Kuan Yew gave up the urge for greed and primitive accumulation to build a strong and modern Singapore. Abraham Lincoln dedicated his entire legacy to keeping the United States united and stronger.

As a reform strategy, the Omoluwabi paradigm is especially demanded on the Yoruba leaders of thoughts and politicians in Nigeria today. And we have the great example of Chief Obafemi Awolowo, a politician, who has a great reform mind and cultural sensitivity that enabled him to raise the bar of governance in the old Western Region. The question then is: What is the reform import of demanding that the Yoruba governors of the Southwest become Omoluwabi? It is the unfolding of this question in Yorubaland that carries the burden of the transformation of the Yoruba people and all our expectations in Nigeria. I have argued before now that the Southwest constitutes a reform zone that carries the possibility of energising the restructuring of the Nigerian state. And that puts a lot of responsibilities on the Yoruba governors, its critical elite corps, not minding whether they are PDP or APC or of non-governmental sectors. Unfortunately, this is an imperative we do not seem to have taken to heart yet.

For me, the elite, especially those of the political class, of the Southwest stand at the threshold of history of the type that great Ewi poem renditions can be made in the future. They all stand at the point of creating huge legacies that call posterity to notice. And this is all the more so in a period where billions of naira keep surfacing in so many unlikely places. All this have raised a huge and seemingly insurmountable distrust in the heart of the people. The worry is this, would we not also get similar revelations about those who hold power today? There is only one antidote for political distrust. And that antidote is effective governance. The Southwest has the human capital, the political goodwill, the resources and the signal of a great moment in history – Now! The tough challenge is jumpstarting a huge infrastructural agenda that will cancel out or at least ameliorate the infrastructural deficit that plagues Nigeria and aggravate her underdevelopment.

This challenge goes beyond the invocations of religion or wishful thinking. It is something that needed to be done, and it seems to me that it will take the collective efforts of everyone, including the Ewi exponents like Pastor Kunle Omo Alaafin Orun. The greatness of the Yoruba nation can be sustained first through sincere concern, like the one expressed in the poem rendition; and then by thoughtful reform actions. We need to sing about these actions, and write about them and lobby our leadership to reflect and act on them. It would then no longer matter, when we eventually get them to act, whether we still bear “Yoruba” or “Omoluwabi.”
Dr. Olaopa is executive vice-chairman of Ibadan School of Government and Public Policy (ISGPP).