Time to speed up Amaravati execution with experts’ help: CM 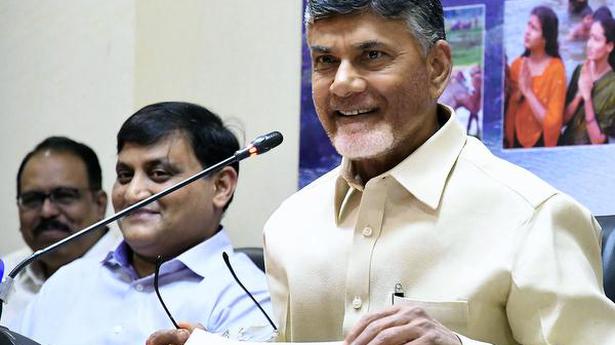 An urban design policy that incorporates futuristic concepts but does not lack in the human element is what experts emphasized at the valedictory session of the two-day Amaravati Deep Dive Workshop on Amaravati project here on Friday.

Judging by the rich array of global resource persons pooling their knowledge, Benjamin Yap, Group Director (north and south Asia) of International Enterprise, Singapore, said the entire world was coming together to help Andhra Pradesh in realising its dream to build its capital city not just as a seat of governance but also a place where different cultures co-exist and have economic development models that sustain growth.

Chief Minister N. Chandrababu Naidu said he was keen on developing Amaravati into one of the best cities by involving the top brains and stressed the need to speed up execution of the project with the help of the Singapore government and others who came forward to assist A.P. in building a happy and healthy city.

Earlier, experts from McKinsey & Company, World Bank, Centre for Liveable Cities (Singapore), Foster + Partners etc. suggested that public transport should account for 80% of the road traffic (a large component of it should be electric mobility combined with bicycling and walking).

Population density not exceeding 17,000 per sq. km, a dig-once policy of creating utilities, houses as social clusters but not a mere urban agglomeration and IT infrastructure comprising Internet-of-Things etc. were among many recommendations that emerged. Earlier, Mr. Naidu launched a block-chain-enabled asset (land record data) management system, a web GIS portal that gives precise location of government lands and private holdings and a Building Information Modelling System.