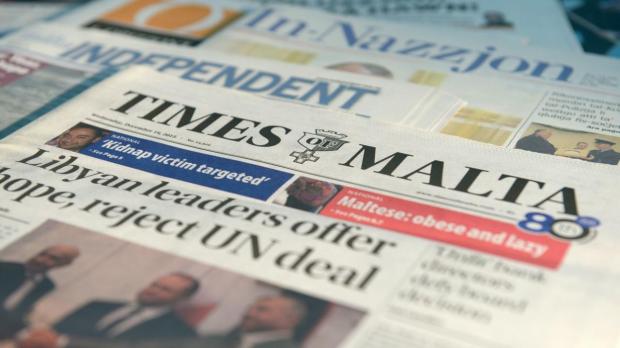 These are the leading stories in today’s local newspapers.

The Times of Malta reports that the head of the Malta Insurance Association has called on authorities to extend a penalty points system in place for new drivers to all motorists.

In a separate story, the paper cites JobsPlus chairman Clyde Caruana as noting that the number of Italian workers in Malta has shot up.

The Malta Independent leads with news of a student protest against high-rise development, with student activists demanding an environmental master plan.

In-Nazzjon reports that the LNG tanker expected in Malta is still moored in Singapore.

L-Orizzont reports that Air Malta pilots have agreed to up their productivity as part of an agreement with the government following an industrial dispute.

Previous La Liga live streaming: Watch Barcelona vs Real Betis online and on TV
Next The man helping you get about town: developer of the Octopus card tells how his team revolutionised Hong Kong transport