There is a new shine these days to Ginza, the luxury shopping district in Tokyo named after a silver coin mint in the 1600s.

At least two new projects have sprung up this year, and three others are slated to open next year.

In March, Tokyu Plaza Ginza, which boasts an airport-style duty-free shop, was opened. This was followed by the fancy Ginza Place building, which houses the Nissan Motor showroom, in September.

Ginza’s neon lights are set to shine brighter with new offerings next year, including a mega-mall touted to be the biggest in the area when it opens in April.

Before that, in March, the Printemps Ginza department store will be renamed Marronnier Gate Ginza after major renovations, while the Ginza Asahi building is due to open later next year with two floors of shops and the Hyatt Centric Hotel taking up 10 other floors.

Beyond Ginza, new malls are also on the cards in Shibuya and Ueno.

The slew of new malls is part of the city’s move to jazz up its retail scene and comes as locals and tourists spend less on shopping in Japan.

A report this month by the Ministry of Economy, Trade and Industry indicates a downward trend in retail sales, which for last year came in at 140.7 trillion yen ($1.1 trillion), down 0.4 per cent from 2014. Meanwhile, retail sales until October this year stood at 114.7 trillion yen, which is down 0.9 per cent over the same period last year.

It is not just Japan’s penny-pinching millennials who are spending less, but high net-worth individuals as well. Compounding the issue is the fact that tourists are starting to spend less, although their arrivals have continued to hit new highs.

Tokyo needs to continually keep its retail scene fresh and original for shoppers, Naoki Nomura, retail industry adviser for the Japan External Trade Organisation’s Invest Japan Department, told The Sunday Times. Not only do retailers have to grapple with a culture of suppressed spending, but they also face competition from other tourist markets and e-commerce.

“Depending on the price range of the product, there is a pattern of seeing things at the store and then purchasing them on the Internet. There is a lower tendency for shopping on weekends,” noted Nomura. “It is not sufficient for shopping malls to only ‘sell’ items now, but they have to provide a total lifestyle experience that grasps and caters to customer needs.”

This “total lifestyle experience” has been the focus of the new and upcoming malls in Tokyo.

Mr Kuniharu Nakamura, president of trading house Sumitomo Corporation, an investor of the new Ginza Six mega-mall that will open on April 20, recognises this. He said at a news conference that given the growth of e-commerce, shopping facilities that merely sell products now “face a tougher time”.

Ginza Six will have a gross floor area of 148,700 sq m, slightly larger than Singapore’s VivoCity. It will have 241 stores across 15 storeys, including 122 flagship brands. Eleven labels will be making their Japanese debut, including Kwanpen, a Singapore luxury bag brand. Besides shops, the complex will also be used for a traditional noh theatre, art shows, offices and a bus terminal.

New malls will also rise up outside Ginza. In Ueno, the redeveloped Matsuzakaya Ueno South Building is due to reopen at the end of next year, having closed in 2014. It will have a Parco department store, a cineplex and 10 floors of office space.

In Shibuya, where redevelopment works are ongoing to spruce up the district under a 10-year masterplan, the Shibuya Cast complex is set to open in spring in the trendy Cat Street. It will have 18 floors, with boutiques, cafes and restaurants, as well as shared offices, housing units and serviced apartments for travellers —and a square ideal for flea markets.

All this is good news to Ryoko Shimodaira, who can spend up to 100,000 yen a month on lifestyle and fashion items. The 51-year-old, who works in finance, said the new malls will offer more diverse options. “I don’t get bored because I can enjoy shopping in many different districts in Tokyo, each with its own charm and items.” 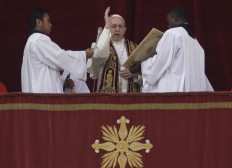 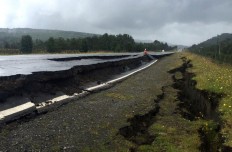 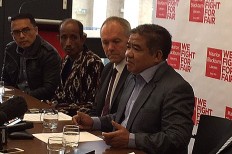