The Corruption Eradication Commission (KPK) has dispatched a team of investigators to neighboring Singapore to question a number of key witnesses in an investigation into the Rp 6 trillion (US$443 million) electronic ID (also known as e-ID or e-KTP) procurement megaproject.

The team will question the officials from a consortium of companies that won the tender for the megaproject who fled to Singapore after the antigraft body opened the investigation in 2013.

The antigraft body has contacted the Singaporean Corrupt Practices Investigation Bureau (CPIB) for assistance in carrying out the questioning, as the country does not have an extradition agreement with Indonesia.

KPK deputy chairman La Ode Muhammad Syarief said the questioning of the company officials was crucial in the KPK investigation because testimonies collected from witnesses could help the antigraft body trace the fate of the Rp2 trillion in state money stolen from the project.

“We’ve received meaningful leads that convinced us to hold the questioning in Singapore. [From preliminary information I’ve received] there has been good progress [with regard to the questioning],” Syarif said on Monday, adding that KPK leaders would convene the team members to discuss their findings after they returned to Indonesia.

The antigraft body is also building a case to charge companies involved in the project, as evidence reportedly shows the tender winners might have misused Rp 1.2 trillion in project funds provided by the government.

It was recently reported that a subcontracting company, PT Biomorf, owned by the United States, filed a complaint with the Home Ministry, which is in charge of the project, over the failure of a consortium company, PT Quadra Solution, to pay $90 million for subcontracting works on the e-ID project.

KPK chairman Agus Rahardjo said the ministry had paid Quadra Solution $90 million for biometric information works and suspected that foul play might be behind the failure of Quadra Solution to deliver the money to Biomorf.

“We are trying to find out why the company failed to pay [Biomorf]. Is it possible the money had been embezzled? We’ll try to find out about it,” Agus said recently in Jakarta.

Earlier, Home Minister Tjahjo Kumolo reportedly confirmed that Biomorf had paid a visit to the ministry to demand the $90 million on account of Quadra Solution’s failure to make the payment.

Former Democratic Party treasurer Muhammad Nazaruddin previously said the project was marked up by 49 percent to Rp 2.5 trillion, Rp 1.77 trillion of which was distributed in kickbacks to the House of Representative, Home Ministry officials and the winners of the tender.

He added that as much as Rp 250 billion, taken from five companies competing in the tender, was given to a number of lawmakers at the House to secure the project’s approval. Nazaruddin claimed he had acted as the project’s coordinator at the House.

He also said the project had been marred with nepotism after it was revealed to the public that one of the tender-winning companies was owned by a close colleague of former home minister Gamawan.

The company’s owner, Paulus Tannos, is suspected of having close ties with Gamawan while the latter served as West Sumatra governor. Gamawan denied all accusations last year. 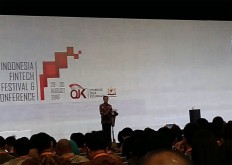 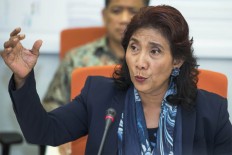 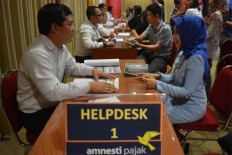