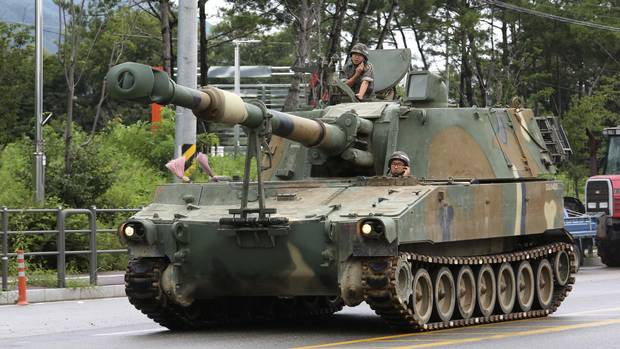 The Office of Foreign Assets Control designated six Chinese-owned entities, one Russian, one North Korean and two based in Singapore. They included a Namibia-based subsidiary of a Chinese company and a North Korean entity operating in Namibia.

Six individuals including four Russians, one Chinese and one North Korean were targeted, the Treasury Department said.

“Treasury will continue to increase pressure on North Korea by targeting those who support the advancement of nuclear and ballistic missile programs, and isolating them from the American financial system,” Treasury Secretary Steven T. Mnuchin said in a statement.

“It is unacceptable for individuals and companies in China, Russia, and elsewhere to enable North Korea to generate income used to develop weapons of mass destruction.”

A new round of U.S. sanctions had been expected, but Washington appeared to delay them while securing Chinese and Russian support for tougher U.N. steps.

The latest steps stopped short of targeting Chinese financial institutions dealing with North Korea, a step that would have greatly angered Beijing. The Trump administration is still hoping China will pressure Pyongyang.

“The sanctions target a range of North Korea’s illicit activities and the focus on Chinese facilitators is another message to Beijing,” said Anthony Ruggiero, a Foundation for Defense of Democracies senior fellow and former U.S. Treasury official.

“However, there are missing elements. There’s no focus on the efforts of Chinese banks that facilitate these transactions. In addition, these Chinese networks likely have additional front companies operating on behalf of the network and those were not sanctioned.”

The Chinese and Russians embassies in Washington did not respond to requests for comment. China has said in the past it is strongly opposed to unilateral sanctions outside the U.N. framework, and has accused the United States of using “long-arm” jurisdiction in targeting Chinese entities.