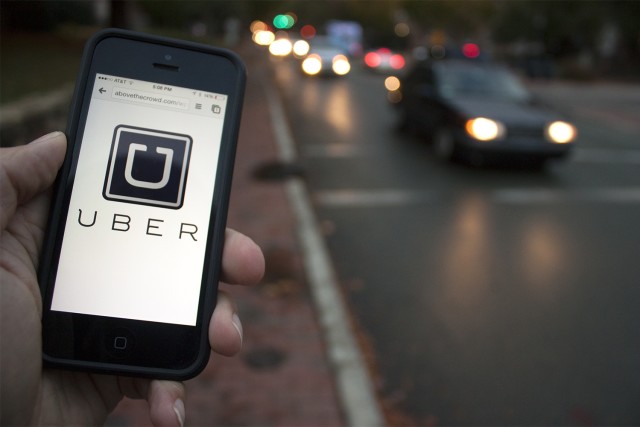 Uber has been seeking a buyer for Xchange Leasing, as the unit is known, since this summer, when it decided to wind down the business after learning it was losing roughly $9,000 a car, 18 times more than previously believed. In September, the company said it would begin to shutter Xchange Leasing, affecting about 500 jobs, while also launching a sale process.

It couldn’t be learned what price Fair agreed to pay for the division. A Xchange Leasing document compiled for prospective buyers and reviewed by The Wall Street Journal said the net book value of its more than 30,000 vehicles was roughly $400 million.

Uber has been working to curtail costs after posting $2.52 billion in combined losses over the past two quarters, despite rising revenue and ride bookings. Under new CEO Dara Khosrowshahi, it is weighing an initial public offering in 2019 and is working to revamp after a year of scandals and legal setbacks.

Uber also has sold a stake in a separate car-leasing operation in Singapore, and merged its Russia operations into a joint venture with local rival Yandex Taxi.

Fair, founded last year and based in Santa Monica, Calif., matches customers with cars based on what they commit to pay per month, purchases the vehicles from area dealers and effectively rents them to the customer who can then return autos at any time. It has raised about $85 million in equity funding as well as around $1 billion in debt.

As part of the deal, expected to close early next year, Uber will offer potential drivers in the U.S. access to Fair on its app, an exclusive arrangement, and will take an equity stake in the company, according to one of the people. Fair will offer jobs to some 150 employees of Xchange Leasing, the person said.

That arrangement could help Uber maintain a healthy supply of drivers, crucial to meeting customers’ expectations for low wait times and inexpensive fares.

Uber launched Xchange Leasing in 2015, hoping to attract drivers who couldn’t otherwise afford a car because of insufficient or poor credit histories. A priority for former Chief Executive Travis Kalanick, the program offered flexible terms and allowed drivers to bring cars back with short notice. Payments were deducted from their earnings while driving for Uber. The company has said Xchange Leasing was never meant to be profitable.

Even with lease rates of as much as $500 a month, the division was losing thousands on each vehicle, people familiar with the matter told the Journal earlier this year. The fees pushed many drivers to work longer hours and return the vehicles in poor shape, damaging their resale value, these people said.

Other firms that considered bids for Xchange Leasing, according to the document, were rental firm Avis Budget Group Inc., Icahn Enterprises LP, investment firm Beach Point Capital Management LP, and Luxor Capital Group LP along with loan servicer Innovate Auto Finance, of which it is a part owner.