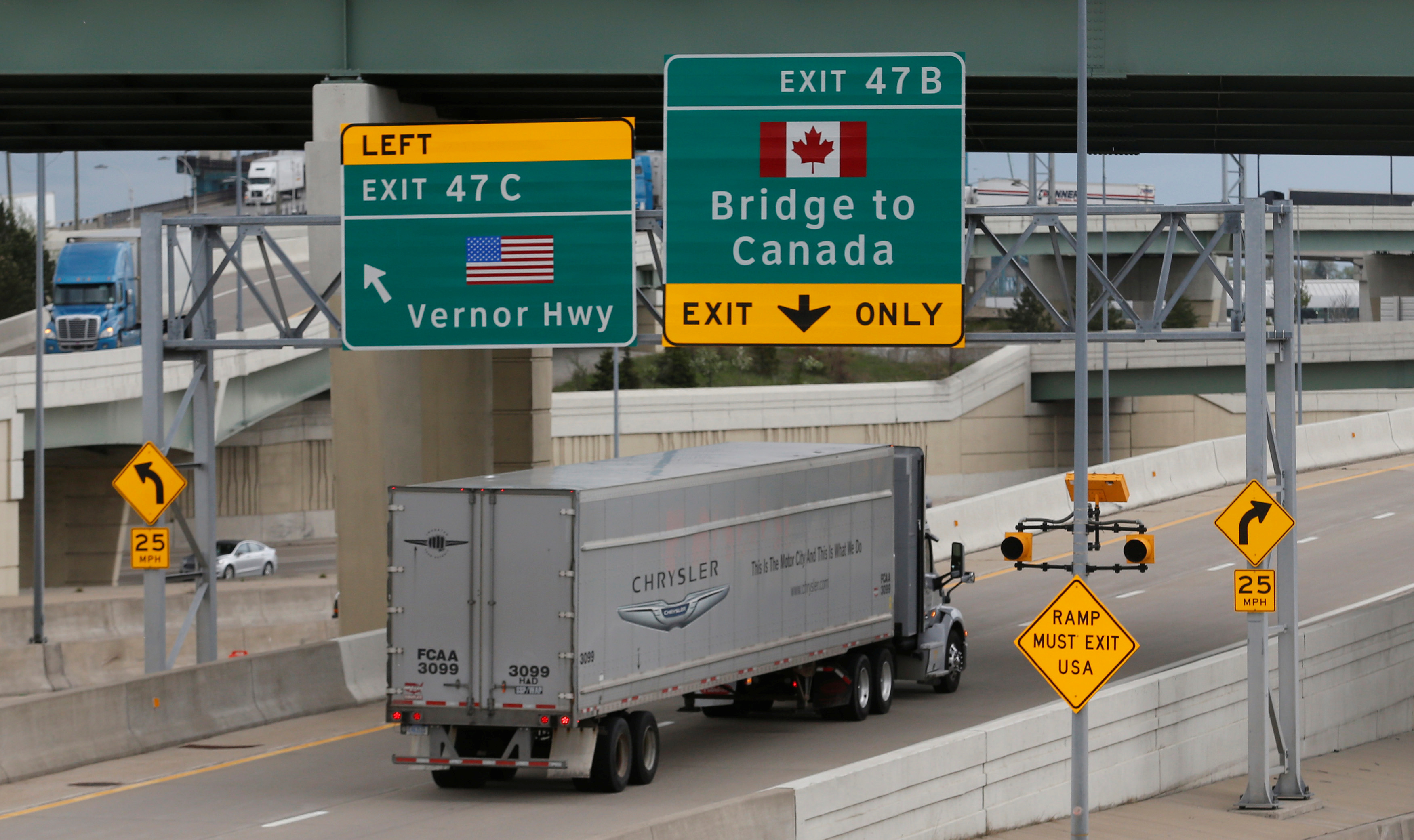 Yesterday, after panicked calls from Canadian Prime Minister Justin Trudeau and Mexican President Enrique Peña Nieto, President Donald Trump backed away from his threat to issue an executive order withdrawing from the North American Free Trade Agreement. “I was all set to terminate,” said Trump, “I looked forward to terminating. I was going to do it.”

The calls might have helped. But apparently what really changed his mind was a map that showed the parts of the country that would be hurt badly if the U.S. withdrew. Last year, the U.S. exported $2.7 billion worth of maize to Mexico and Canada. More than a quarter of American maize exports go to Mexico, also one of the leading importers of U.S. soybean. By one account, what made the different was the harm that American farmers would face from the U.S. abrogating NAFTA.

Actually, the harm caused to U.S. industry would have been much greater. U.S. exports of cars and parts total about $100 billion. These are made using parts imported from many countries, but especially large amounts from Canada and Mexico. If you make it harder to import parts, you make it harder to export finished goods.

NAFTA, negotiated more than two decades ago, definitely needs updating. Much has changed since the 1990s, and not just the growth of e-commerce. In renegotiating trade treaties, Trump would be well advised to keep in mind the broader impact of these changes. Perhaps the key takeaway is that today a nationalistic approach to trade serves neither global nor national interests.

To see why, let’s take a look at the reasons for rethinking trade relations: bringing jobs back, reducing trade deficits, and punishing nations who don’t play fair.

The U.S. administration is considering measures to “bring jobs back to America”—by cutting corporate taxes and eliminating regulations, but also by raising tariffs and trade barriers. These proposals are a response to the decision of many U.S. companies, especially in consumer goods industries, to move part of their production abroad to reduce costs. It happened first to simple products like apparel and toys. Later it happened to automobiles, ships, aircraft, and electronics.

When these industries moved offshore, they generally transferred the relatively labor-intensive stages of production. Some of those industries may return to the U.S.—either in response to these measures or, more likely, because production technology has become more automated. This is the case for smartphones and electronics, and even simpler consumer appliances like refrigerators and microwave ovens. So even if the same companies that left the U.S. now return, they are going to bring back far fewer jobs than when the work was first done in the U.S.

Besides, the new jobs won’t help most of the people who lost them. Take the furniture industry, which was big in North Carolina, for example. When production moved offshore and factories closed, managers and skilled workers were dismissed. Ten or 20 years later, when Trump wants to bring jobs back, these managers and workers would have left the area.

If the Trump administration tries to bring back an industry that has left 10 or 20 years ago, the number of jobs that come back will be a lot fewer. The skills associated with those jobs also might be higher than when the industries left, so the workers employed in repatriated production will not be the same.

In the mid-1980s, the U.S. encouraged developing countries to adopt export-oriented industrialization. Most of its allies did just that. South Korea, Taiwan, Mexico, and other countries opened their doors to foreign direct investment and began to export to the U.S. and other developed economies. Now the Trump administration is proposing to tax these imports, which would hurt their major sources of growth.

The same was true for poorer, later reformers like Cambodia, China, and Vietnam.

Americans may not consider some of these countries allies, but protectionist policies would not help U.S. companies and workers either. Many of the medium- and high-tech companies in the U.S. manufacturing sector import parts from around the world. They have set up regional and global supply chains to make finished products using imported parts. This is obvious for automobiles, but it is also true for medical devices, electronics, and aircraft industries. If tariffs were raised on imported parts, the companies that make the final products in global supply chains would become less competitive. They would have to either raise their prices on final products, or buy all the needed parts from domestic sources—almost impossible in today’s supply-chain-linked world.

For example, a car has about 30,000 parts. Even a computer or smartphone has hundreds of parts, many of which are not made in the U.S. If you make it harder to import some parts, you negatively affect both the parts producers abroad and the final goods producers at home.

Trump has labeled China a currency manipulator and accused others of unfair trade practices (even Canada has been charged with illegally subsidizing its lumber industry). It is encouraging that some of these charges are being dialed down.

We should try talking with our trade partners across the world who have benefited from access to U.S. markets. We’ve done this before. But the negotiators would do well to remember that success in such talks would generally lead to more trade, not less.

During the early 1980s, the U.S. tried to deal with trade imbalances with Japan through voluntary export restraints (VERs). In 1981, for example, VERs limited the Japanese auto imports to 1.7 million cars. VERs remained in place until the mid-1990s. This policy had the effect of requiring many of the Japanese automakers (later also European and Korean companies) to build plants in the U.S. It also revitalized U.S. automotive supply chains. The U.S. dealt with trade imbalances with policies that encouraged inward foreign direct investment in higher technology industries; this created U.S. jobs as well.

Today, international competition is based on region competing with region, not country competing with country. Again, take the U.S. automobile industry. It is really a North American industrial network that is spread across Canada, the U.S., and Mexico. The same is true of the European or Asian automobile industries, or the consumer electronics industry. China’s success in electronics, such as its export of Apple products, is the consequence of an intricately organized East Asian electronics ecosystem. China’s final good exports rely on imported components from Japan, South Korea, Taiwan, Singapore, and other East Asian neighbors. In much the same way, many U.S. exports rely on components made in Canada and Mexico, and other Central and South American neighbors.

A winning way to view the world is through the lens of regional value chains competing with each other. North America is competing with Europe and East Asia, rather than the U.S. competing with Germany and China. The national approach is an outdated framework from the economic standpoint. Most industries today are organized into regional and global supply chains, which requires a new calculus of winners and losers involving both workers and companies.

If you think about trade this way, you’ll actually come to a different conclusion. The U.S. should be figuring out ways to expand NAFTA, not a plan to end it.