PV Sindhu got rousing response from the crowd in Glasgow on Sunday in the World Championship final.

Sindhu has the momentum and leads 11-5!

Okuhara injected fresh pace and is in the lead.

Sindhu leads 11-9 at the mid-game interval.

What a return from Okuhara! But Sindhu stays in lead 14-13.

After another tiring rally the Japanese makes it 16-17.

Sindhu is three points away from taking the second game.

The Japanese wins another intense rally to make it 20-20.

What an exhausting rally! With that Sindhu wins second game 22-20.

Wearing yellow jersey, is gold on the cards for Rio Olympics silver medallist? 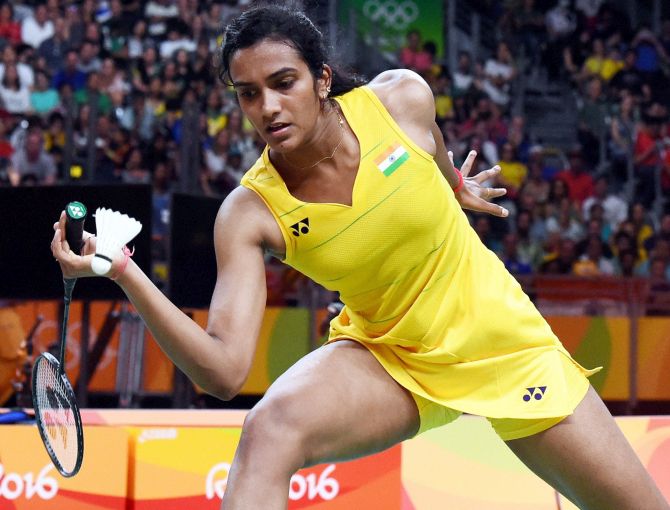 Olympic silver medallist PV Sindhu is on course to become the first Indian to win a gold at the badminton World Championship as she takes on Japan’s Nozomi Okuhara in the final, in Glasgow, on Sunday.

Sindhu has a 3-3 head-to-head record against Okuhara in their last six meetings. But, the Indian has an upper hand in the last two meetings at Rio Olympics and 2017 Singapore Open.

This is Sindhu’s first-ever appearance in the final of the World Championshipe.

This will also be a third medal for Sindhu in the World Championship, having won bronze twice in 2013 and 2014 after losing at the semi-final stage in both the editions.

India has won one silver (through Saina in 2015) and four bronze in the World Championships before this Glasgow edition.

With this win, Sindhu also became the only second Indian to reach the final of a World Championship after Saina achieved that feat in the last edition at Jakarta.