US Navy ship and oil tanker collide off Singapore 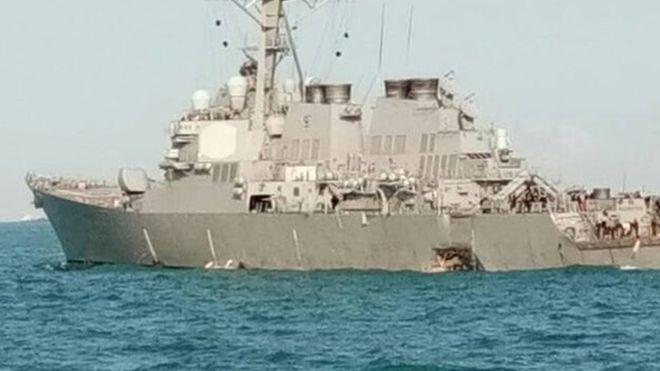 Ten sailors are missing and five have been injured after a US destroyer and an oil tanker collided off the coast of Singapore, the US Navy says, the BBC reports.

The guided missile destroyer USS John S McCain was sailing east of Singapore and preparing to stop in the port when the collision with the Liberian-flagged vessel occurred.

A wide-ranging rescue and rescue operation is under way.

It is the second collision involving a US Navy ship in recent months.

The collision was reported before dawn at 05:24 local time on Monday (21:24 GMT on Sunday) and took place in the Strait of Singapore, as the USS John S McCain prepared to perform a routine port stop in Singapore.

Singapore and US authorities said the destroyer sustained damage to her port side, which is the left-hand side of the vessel facing forward.