US oil prices hit highest since 2014, but analysts warn of overheated market 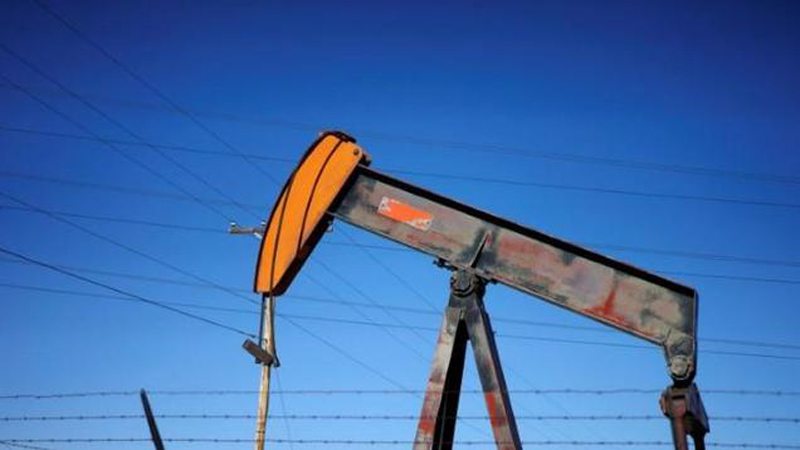 SINGAPORE: US oil prices hit their highest since 2014 on Wednesday due to ongoing production cuts led by OPEC as well as healthy demand, although analysts cautioned that markets may be overheating.

A broad global market rally, including stocks, has also been fuelling investment into crude oil futures.

“The extension of the OPEC agreement … and declining inventories are all helping to drive the price higher,” said William O‘Loughlin, investment analyst at Australia’s Rivkin Securities.

In an effort to prop up prices, the Organization of the Petroleum Exporting Countries (OPEC) together with Russia and a group of other producers last November extended an output cut deal that was due to expire in March this year to cover all of 2018.

The cuts, which have mostly targeted Europe and North America, were aimed at reducing a global supply overhang that had dogged oil markets since 2014.

The American Petroleum Institute said late on Tuesday that crude inventories fell by 11.2 million barrels in the week to Jan. 5, to 416.6 million barrels.

This came as the US Energy Information Administration (EIA) raised its 2018 world oil demand growth forecast by 100,000 barrels per day from its previous estimate.

Official EIA stocks data is due at 1530 GMT on Wednesday.

Amid the general bull-run, which has pushed up crude prices by more than 13 percent since early December, there are indicators of an overheated market.

In the United States, crude oil production C-OUT-T-EIA is expected to break through 10 million barrels per day (bpd) this month, reaching levels only Russia and Saudi Arabia have achieved.

“One area of concern, particularly in Asia, is that of (low) refining margins … This drop in margins could reduce Asian refiners’ demand for incremental crude in the near term and weigh on global prices,” said Sukrit Vijayakar, director of energy consultancy Trifecta.

Average Singapore refinery margins DUB-SIN-REF this week fell below $6 per barrel, their lowest seasonal value in five years, due to high fuel availability but also because the recent rise in feedstock crude prices dented profits.

Asian oil prices are higher than in the rest of the world.

While Brent and WTI are still below $70 per barrel, the average price for Asian crude oil grades has already risen above that level, to $70.62 per barrel, Thomson Reuters Eikon data showed.

Previous With 500 million consumers on its AI platform in China, iFlytek is gearing up to expand overseas
Next 三星2017年投资440亿美元，首次居全球企业第一