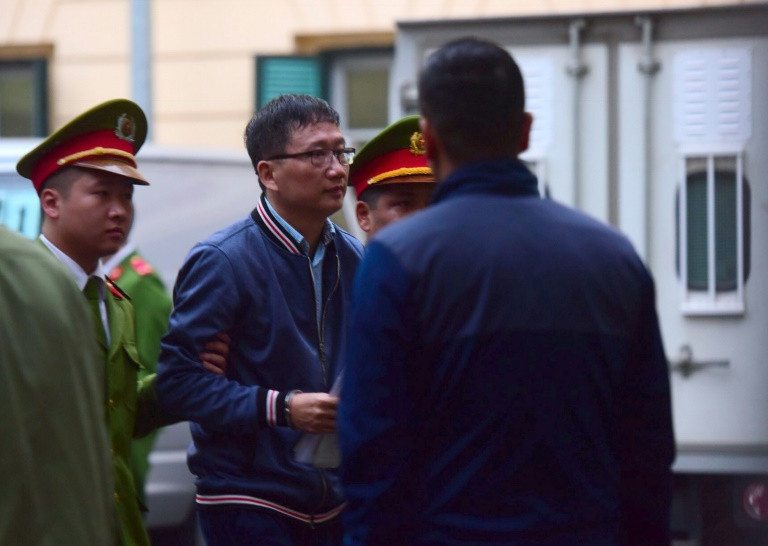 The corruption trial of a Vietnamese former oil executive who was allegedly kidnapped from Germany opened on Monday, a high-profile case that can carry the death sentence.

Vietnam’s communist government has embarked on a snowballing anti-corruption campaign, which observers say is politically driven and mirrors a graft crackdown in neighbouring China.

Scores of former officials, bankers and state executives have been arrested or jailed, including a senior banker who has been sentenced to death.

On Monday a court in Hanoi said it had started proceedings against Trinh Xuan Thanh, the former head of state-run PetroVietnam Construction, for alleged mismanagement and embezzlement.

Thanh appeared before the court together with ex-politburo member Dinh La Thang and 20 other senior officials.

They are accused of causing $5.2 million of losses for the state during an investment by PetroVietnam in the construction of a thermal power plant.

German authorities say Thanh was kidnapped from a Berlin park in July and have decried the brazen Cold War-style seizure as a “scandalous violation” of its sovereignty.

Vietnam denies the kidnap and insists the fugitive Thanh had returned home voluntarily to face the charges.

After a two-week trial, Thang and Thanh could face 20 years in jail for mismanagement.

In addition, Thanh faces an embezzlement charge, which can carry the death penalty.

The downfall of Thanh and the other men on trial has stunned a public unaccustomed to questioning the role of officialdom in an authoritarian country which routinely quashes dissent.

But the leadership is at pains to parade its anti-graft credentials, experts say, as well as remove political enemies.

Vu was trying to seek asylum in Germany, his lawyers said, arguing he may have information about Thanh’s kidnapping on German soil.

In Ho Chi Minh City the trial of 46 people — including former banking tycoons Pham Cong Danh and Tram Be — also began on Monday.

They are accused of violating lending regulations that caused losses of around $270 million to the Vietnam Construction Bank.

Transparency International has ranked Vietnam 113 out of 176 on its corruption index, worse than its Southeast Asian neighbours Thailand, the Philippines and Myanmar.