Despite the Easter holidays in the west, the week has been very active for VLCC said Fearnleys in its latest weekly report. According to the shipbroker, “thinning tonnage lists basically all over and steady supply both Wafr and Meg for East has created a sharply upward momentum on rates. Earnings closing on $30k/day, which far better than many had feared at this stage. Therefore optimism among owners for now and question remains how sustainable the present trend will be”.

According to the shipbroker, “pre-Easter we saw a surge in Suezmax activity as charterers left it late to cover the 1st decade of May for Wafr in a condensed week. The owners sensed an opportunity and pressed for higher levels gaining some ground with Td20 briefly hitting the ws80 mark. The Bsea and Med followed suit and managed some moderate gains improving the sentiment going into the holidays. We have seen a more measured approach from the charterers this week with cargoes being shown in a orderly fashion and they have wrestled back some control steadying the rates. Current earnings could be described as reasonable but the forward paper curve suggests that there will be erosion in the coming weeks, in the short term the owners will be looking for any excuse to capitalize. Aframaxes in the NSea and Baltic have been pretty well balanced the last week. The ice season is coming to an end in strategic ports in the Baltic. However, we expect the market to hover around present levels in the week to come. The days leading up to Easter proved to be quite busy in the Med and Bsea. But a very long position list kept rates under downward pressure and as such rates moved down to ws100, despite this good activity. Now that a small ship clearance have taken place and Libya activity have blossomed, the market is slowly firming again”, said Fearnleys.

Meanwhile, in the product tanker market, things weren’t so rosy. According to Fearnley’s, in the East of Suez, “having a few days holiday does not seem to have had any positive effect on the market in the Middle East Gulf. The decline in rates for both LR1’s and LR2’s have continued and today rates obtained are around ws 85 for LR2’s and ws100 for the LR1’s and the sentiment is not actually very positive, on the other hand current levels are so low that there Is not much downside. Today daily earnings for a voyage to Japan is about USD 5.500 for both LR1 and LR2. Current rate for Continent discharge for LR2’s is around USD 1,3 mill and USD 1,1 mill down about USD 200.000 since last week. Mr’s fixing out of Sikka for Japan discharge is fixing around the ws125 mark, down ws10 points from last week. In the Far east both the Singapore to Japan mr voyage and the short haul voyage from south Korea to Japan has declined to ws 140 mark for the Singapore to Japan and lumpsum USD 225.000 for south Korea to Hong Kong” said the shipbroker. 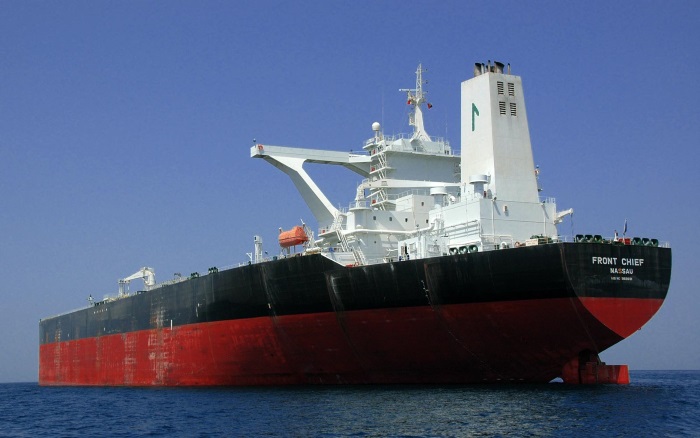 WEST OF SUEZ
“In the western hemisphere rates are under continuous pressure form the charterers. The straight MR voyage from the Continent to the States have dropped from ws180 mark before Easter holiday’s to ws145 level today and the back haul voyage from the U.S. gulf have also dropped from ws140 to ws120 level today. This means that the daily earnings for a combination voyage has dropped from USD 19.000 to USD 14.000 today. LR1’s trading from Continent to west Africa have only lost ws10 points last week and is today fixing at ws 110 level. For the LR2’s the levels paid are still low and latest assessment from Mediterranean to the Far east is at USD 1,650 mill. The handy segment in the Mediterranean and on the Continent as again going in opposite direction of each other with rates in the Mediterranean once again shooting upwards from ws 165 to ws210 level today whilst at the Continent rates have dropped ws10 points to ws190” Fearnleys concluded.
Nikos Roussanoglou, Hellenic Shipping News Worldwide