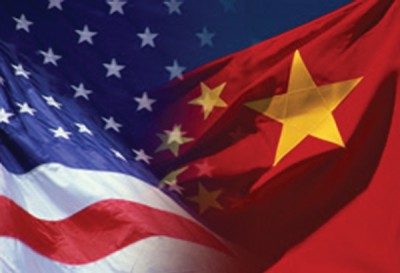 Last weekend’s Shangri-La Dialogue, an annual conference hosted in Singapore by the International Institute for Strategic Studies, was utilised by the Obama administration and US military to threaten China over its territorial claims in the South China Sea. Beijing responded with categorical assertions that it will not retreat and, in the words of its representative, Admiral Sun Jianguo, has “no fear of trouble.”

The ominous character of the conference reflected the preparations by all parties for the UN International Court of Arbitration ruling in The Hague on a US-backed challenge by the Philippines to China’s territorial claims in the Spratly Island chain. The court, a body stacked with appointees of the major imperialist powers, is expected to decide against Beijing this month. The Chinese government has categorically rejected the court’s jurisdiction and said it will ignore the decision.

Washington was represented at the Shangri-La Dialogue by Defence Secretary Ashton Carter and Admiral Harry Harris, the head of US Pacific Command.

Carter’s speech on June 4 was arrogant, provocative and menacing. He boasted that the US military had deployed “its most advanced capabilities to the Asia-Pacific” as part of the Obama administration’s “rebalance” or “pivot” to the region. It would “take decades,” Carter asserted, for “anyone to build the kind of military capability the United States possesses.”

Carter gloated over the fact that the US “military edge” had “been honed by unrivalled and hard-earned operational experience over the past 15 years”—a reference to the brutal, neo-colonial wars waged by the United States in the Middle East, which have claimed millions of lives and created the greatest refugee crisis since World War II.

Carter sought to intimidate Beijing with the list of US alliances and partnerships in Asia. He first named Washington’s two main allies in Asia—Japan and Australia—whose military forces would be expected by Washington to contribute to a US-led war against China. The Philippines, which is serving as the US proxy in the UN court, was named next, followed by India, Vietnam and Singapore. South Korea, Thailand, Malaysia, Indonesia and Laos were subsequently included in the US camp.

Carter asserted that Washington’s network was “not aimed at any particular country.” He immediately proceeded to make clear China was the target. He declared there was “growing anxiety in this region, and in this room, about China’s activities on the seas, in cyberspace, and in the region’s airspace.”

China, Carter threatened, “could end up erecting a Great Wall of self-isolation.”

Among the military commanders and analysts present at the conference, the implications of this remark would not have been lost. At the centre of US military discussion on how to wage war on China has been a strategy known as “Offshore Control”—a blockade of the key sea lanes between the Indian and Pacific Oceans by the US and Australian navies to cut off China’s access to raw materials and trigger an economic collapse.

Explaining the plan, Mark Morris of the US National War College wrote in November 2013:

“War starts and the United States and its allies begin offshore controlling. Chinese seaborne imports and exports are reduced drastically. Factory production drops and millions of workers are laid off; soon the numbers soar to tens of millions and perhaps a hundred million … When jobs are not found, they start protesting … Now the Chinese Communist Party is faced with tens of millions of unemployed protesters. It will try to blame some enemy that can’t be seen … Not believing the party, discontent grows and protests increase. The Chinese Communist Party orders the People’s Liberation Army to break the blockade, but the People’s Liberation Army-Navy replies that China doesn’t have the right type of Navy for that and are unable to comply with the orders. Discontent grows and protests become more worrisome to party leaders. The Chinese Communist Party declares that it has taught the foreign dog a lesson and seeks a [peace] conference at Geneva.”

Far from than the scenario of the Chinese regime capitulating, as outlined by Morris, the preparedness of the United States to seek to militarily “isolate” China could lead to full-scale war and a nuclear exchange. This was spelt out on several occasions during the Shangri-La conference.

In a forum discussion on June 4, Carter declared that if China responded to a ruling by the UN court by building military structures on Scarborough Reef—an islet under Chinese control but claimed by the Philippines—it would “result in actions being taken both by the United States, and actions being taken by others in the region that will have the effect of not only increasing tensions but isolating China.”

During a press conference later the same day, addressed by both Carter and Admiral Harris, Harris stated: “We want to cooperate with China in all domains as much as possible … but the bottom line is, look, we want to cooperate where we can, but we have to be ready as a military to confront if we must.”

Both Carter and Harris asserted that the US would continue and escalate military deployments into Chinese-claimed territory on the pretext of “freedom of navigation.”

On June 5, China’s Admiral Sun responded with carefully prepared remarks. Referring to the Philippines’s case in the UN against China, Sun stated: “Some hegemonic countries have empowered small countries to make provocations against big countries.” China, he declared, “will not bear the consequences, nor will it allow any infringement on its sovereignty and security interests, or stay indifferent to some countries creating chaos in the South China Sea.”

With US imperialism and China drawing the battle lines for confrontation, representatives of other states defined their positions.

French Defence Minister Jean-Yves Le Drian aligned with the US, calling for the European Union to deploy naval forces to assert “freedom of navigation” in the South China Sea. “If we want to contain the risk of conflict, we must defend this right, and defend it ourselves.”

In a written statement, Australian Foreign Minister Julie Bishop endorsed Carter’s speech and vowed Canberra’s support. She asserted: “As the world becomes more connected and interdependent, the US-Australia alliance is necessarily an increasingly global one. Australia’s position on disputes in the South China Sea is a longstanding one and is well known by all countries including China.”

Addressing the conference, Japanese Defence Minister Gen Natakani accused China of issuing a “challenge” to “the rule-based global order”—the term used by Washington and its allies to demand Chinese submission to US military and political hegemony. On the sidelines of the conference, Japan, India and the US signed an agreement to increase “trilateral” military cooperation in the Indian and Pacific Oceans.

Nguyen Chi Vinh, Vietnam’s deputy defence minister, most bluntly spelt out the conclusions that flow from the Shangri La Dialogue. Sitting next to China’s Admiral Sun, Nguyen warned that China’s refusal to submit would “lead to military conflict.”