We are bullish on Indian media: Rajesh Kamat 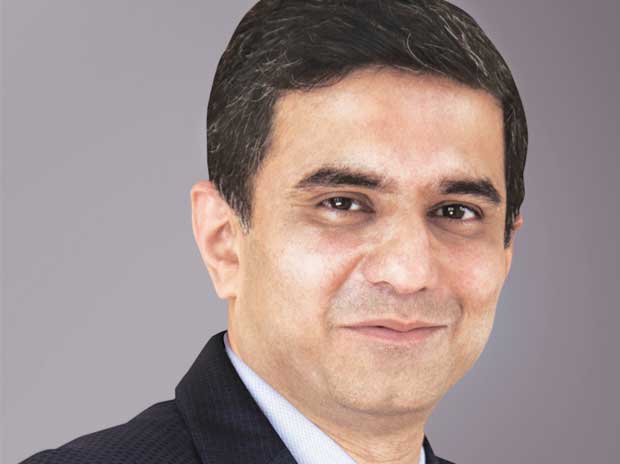 Interview with MD of Emerald Media

Online video consumption is growing globally and it is a space we believe in. The South Asian diaspora is at 38-40 million people or 12-13 million homes. It is already paying for South Asian content over cable in the US, UK and other markets. YuppTV serves South Asian content across 27 devices to the diaspora market. It has a fremium model – of the 6-7 million monthly visitors it has, about 100,000 are paying subscribers. Its blended global Arpu (average revenue per user) is $15-20 per month. So, it has an SVoD (subscription-driven video-on-demand) model in place. This investment will help it expand its footprint globally into Malaysia, Singapore and other markets. And, it can start investing in content. This means getting more aggressive on licensing of movies and creating original content. In the next two-to-three years, 15-20 per cent of the content on YuppTV should be original.

What is the broad investment philosophy for Emerald?

The thinking behind Emerald is not just to back the promoter with capital but also bring the relationships and experience we have onto the table. (Kamat and his colleague Paul Aiello have more than 30 years of operational and investment experience in media). We will be putting in $15-75 million per investment. The factors on which we base our investment decisions are – the space, promoters, market and potential exits. Take the first, space. We are looking for consumer-focused businesses with technology platforms that would help them scale up. So, Yupp, for instance, has a proprietary technology. We will look at content-plus distribution, ad-tech firms, transaction-based firms (say ticketing), geo-targeting, etc. Two, the promoter has to be someone we can trust and bank on. Three, we are essentially looking at markets in southeast Asia – Malaysia, Vietnam, Philippines, Thailand, India and Indonesia. And, maybe later, South Korea and Japan, too.

Yes, they are. Asian markets have great macroeconomic fundamentals like a younger population, rising discretionary spends and media convergence backed by disruptive technologies. Those are the common threads among these markets. And, the fourth part of our strategy hinges around ease of exit three-to-five years down the line to a strategic investor. For example, a large cable or satellite TV company in the US, which lacks an OTT (over-the-top) asset, could acquire YuppTV. In Philippines and Thailand, none of the big international strategic investors has come in so far, but the regulatory hurdles are being cleared. We could get in, help build a business, and exit when the big strategic investors enter.

Would you look at traditional media?

We’re looking at exhibition opportunities in different countries, cable, broadcast, content, entertainment zones and any other form of traditional media and entertainment.

You say this is the first investment for Emerald Media, but what about CA Media?

CA Media is majority owned by Peter Chernin (former NewsCorp president) with KKR owning a significant minority. Emerald is owned completely by KKR. It is a separate media platform created to invest in media and entertainment opportunities in Asia. It will also manage the CA Media assets – Endemol, OML and Graphic -which provide a superb base for YuppTV. Once an asset comes into the (Emerald) ecosystem, it benefits.

What’s your view on the Indian media scene? There seems a lot of interest in news apps in India…

We are bullish on Indian media, which continues to grow in double digits. The returns depend on what part of the value chain you get in at. While news apps are really interesting, we are not totally convinced about the scale they can achieve in an AVOD (advertising-led video-on-demand) play.

Endemol has grown around three times in operating profits since we took over. It was only in unscripted shows; now it covers a whole range of content including scripted, regional and movies. Only Much Louder has already developed several major event IPs (intellectual property rights). We have sold a piece of it to a large Indian media group and retain 40 per cent now.