WM provides details of some top-level considerations for creating a Global Exchange and Digital Currency in the USD 10 000+ Trillion Per Annum Transactions Markets – where it is a potential sector-influencer, why its valuation is only USD 224 Billion, and why its revaluation to include its reconfigured TUV Digital Currency will be just as conservative 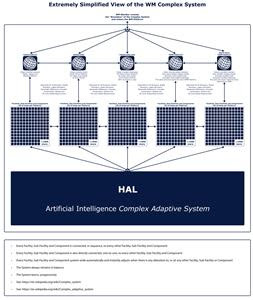 ST PETER PORT, Guernsey and NEW YORK, Oct. 11, 2021 (GLOBE NEWSWIRE) — In response to multiple queries received, Global telephony Provider Webtel.mobi (“WM”) provides top-level comment on some of the strategic considerations taken into account when developing a Global Exchange Mechanism and Globally-Operational Digital Currency. A summary of these considerations is as follows:

Understand the Structure of the Global Financial and Economic Systems
The execution-level of the Global Financial and Economic Systems is extremely fractured, but its top-level is not. It is well coordinated at the top-level by a variety of international organizations. Knowledge of the top-level coordinating structures and the volumes in these systems will dispel much of the superfluous discussion that takes place regarding alternative or reform structures and processes. Some examples are:

Uninformed debate on these matters should be replaced with informed discussion and clear identification of what is being sought. What is being sought is global digitalization of all currency for both national and international utilization, in a seamless manner, that sees to multicurrency transference, payment, convertibility and redemption – via a functioning global exchange mechanism facilitating any transaction type to, in, or from any country, for States, Organizations, Companies or individuals, that replaces current digital and cash transactions – without destabilizing national economies or the global economy. This is what WM has created.

Attendance to Geopolitical and Geostrategic requirements takes precedence
Development of a globally usable Digital Currency gives access to astronomically large volumes of global market transactions. However, it simultaneously requires attendance to a correspondingly astronomically large number of requirements and responsibilities for the insurance of international stability. This requires satisfactory structuring of Geopolitical, Geostrategic requirements before one attends to the legal, regulatory, economic, financial, commercial, and technical requirements (which are also extraordinarily large in number and scope). This is one of the reasons that WM took nine years to complete its full operational testing to ensure these matters had been satisfactorily attended to.

Adopt an “Evolution not Revolution” approach
The current Global Financial System has multiple inefficiencies and deficiencies – but it nevertheless functions. It is moreover essential that it continues to function until an orderly transition to another system takes place – because if it does not, global anarchy and chaos will result. Merely calling for the current System’s dissolution without offering a functioning viable alternative serves no purpose. Therefore, it is better to examine and understand the causes of the current System’s negative and/or inefficient aspects, and then try to reform them in an evolutionary manner. This is what WM has done with the creation of its fully operational Global Financial System that operates in parallel to the existing system without destabilizing it. This provides for an orderly and voluntary transition to its use – on an elective basis – and does not introduce systemic stress.

Apply a 21st Century Mindset, Structures and Processes
The current Global Financial and Economic Systems functions according to a mindset based on the world as it was structured in (primarily) the 17th to 20th centuries – but primarily in the 19th Century. Moreover, the systems and processes it runs on are 20th Century systems and processes. However, this is the 21st century – and the 19th Century mindset and 20th Century systems and processes simply cannot cope. The problem is they literally cannot be stopped to be rebuilt or restructured. These Systems are like a person on a perpetual-motion treadmill. If the person stops running, he/she will fall. Similarly, if any of the legs of the prevailing Systems are stopped to rebuild or to be restructured, the entire system will fall. These Systems literally cannot stop – and so their existing structures cannot be reformed. This is one of the reasons why WM kept its user-group limited during its nine years of fully-operational testing – precisely so it would be able to shut down its platform 1 to be able to rebuild its Platform 2. With too many Members, it would simply not have been possible for WM to shut Platform 1 down due to legal and regulatory considerations, ongoing financial transactions of businesses and individual members, etc. However, due to its strategic decision, WM was able to shut down its Platform 1 and rebuild its Platform 2 to be completely optimized for 21st Century requirements.

Align with Regulation and Regulators
Often, Regulatory Regimes and Regulators are regarded as situations or entities to be avoided. The polar opposite is the case. A company must always sit firmly within an identified and confirmed sector and its identified and confirmed regulatory requirements – which it should stay within and not stray outside of. Similarly, close contact should be kept with all relevant Regulatory Agencies. They have decades of experience in ensuring market stability, and their experience is invaluable in assisting companies with advice and guidance. They are not opponents – they are a company’s greatest allies in advising against predictable issues before they arise. This is the approach WM has always followed.

Reduce potential corporate vulnerabilities
Provision of such essential services must be carried out from a sustainable and robust base, so there is no threat to the continuation of the essential services being provided. On a technical and operational level, WM ensured it is in a situation of zero-debt, decentralization of infrastructure to ensure continued operations in all circumstances, reduction of infrastructure and personnel requirements due to the use of a Complex Adaptive System for the majority of its operational, security and administration functions. On a corporate structure level, WM ensured it had no large corporate or institutional shareholders – being funded in totality by its founders and a small group of under 300 private shareholders. It also did not list on any Stock Exchange – despite obtaining eligibility to list on the main board of one of the world’s Top 5 Stock Exchanges in 2011. This is because the large Stock Exchanges are private companies, owned by companies that WM would potentially partially or fully disintermediate in respect of some of their other commercial operations. It would consequently be risky to be listed on an Exchange owned by them. Instead, WM has its own “Share Swap” Facility on its Platform, on which its shareholders and all qualified Members of WM can buy and sell WM shares among each other within an internal and non-public Members-Only Closed Loop system, as supervised by its Resident Agent firm. Therefore, WM’s corporate vulnerabilities have all been mitigated or removed.

Adopt a neutral and non-aligned position both Geopolitical and Commercial perspectives
As WM’s service-provision is to all countries, in all currencies, for all transactions, it has adopted a completely neutral and non-aligned Geopolitical approach regarding all its activities (subject to adherence to all international rules and laws accepted and applied by Guernsey – which includes UK, EU, USA and other guidance and resolutions in respect of sanctions). Similarly, as WM is a System not a product, and the majority of companies worldwide can use its services, it adopts a similarly non-aligned and neutral stance towards all companies – subject again to relevant rules, laws and sanctions lists.

Know and acknowledge your limits, and constantly implement Confidence-Building measures
From Standard Oil Company in the USA to Yukos in the Russian Federation – and for time immemorial – the graveyards of commercial history are littered with the bodies of commercial entities that did not understand or acknowledge the limits of their powers, and tried to take on or defy States. No matter its power or capacity, a company is not a State, and should never overstep its boundaries and try to act like – or defy / take on – a State. Due to the scope and reach of WM’s System – and the transactions volumes it has access to – its requirements and considerations far surpass commercial considerations only, and include the requirements to practice Statecraft. However, at the same time, WM knows and acknowledges its limits, and stays within them. WM also underwent 30+ due diligences in multiple countries internationally, had the Levy Economics Institute thoroughly review the system, and has – through these confidence-building measures – demonstrated its capacities, its regulatory compliance and its restraint worldwide.

Be extremely conservative with pricing and corresponding valuations
It is an unprecedented situation where a company has a System that can provide sector-influencing services globally to, and in, all the world’s largest volume transactions markets – with transaction volumes in excess of USD 10 000+ Trillion per annum – simultaneously and with no immediate competitors. Additionally, due to WM being powered by its Artificial Intelligence Complex Adaptive System, its costs are virtually zero, and its revenue is virtually all net. Therefore, if it applied standard fees in percentage points, its revenues would comprise a significant proportion of global money supply. However, because that situation would be unreasonable – and because WM was built primarily as a reforming structure not a commercial structure – it provides its services at either zero cost or ultra-low cost. Similarly, its previous valuation by a leading global consultancy that valued WM at USD 224 Billion was carried out using extremely conservative workings based on penetrations and earnings on fractions of a percent – in order to overwhelmingly err on the side of caution and conservatism. Even its current revaluation – to include its TUV Global Digital Currency that can be used for all transactions types in digital or cash-replacement format, in all currencies and all countries worldwide – will similarly be carried out with the same extreme and overwhelming conservatism to keep the valuation within acceptable limits.

These represent some of the top-level considerations that were attended to by WM – and which must be attended to by any entity – if providing – or contemplating entry into a situation where one seeks to provide –Services in extremely large-volume and complex markets Global Markets that have the potential to impact on all countries and people.

Research Reports on the Capacities of the WM System:
https://tinyurl.com/TUVresearch

Video on the Capacities of the WM System:
https://youtu.be/XYBrCikUhn8

A photo accompanying this announcement is available at https://www.globenewswire.com/NewsRoom/AttachmentNg/311d9e72-ef0a-4a90-a6ab-57ad6f59755f

The photo is also available at Newscom, www.newscom.com, and via AP PhotoExpress.

DEAPcoin to Be Listed on Huobi Global, One of the Largest Crypto Asset Exchanges