China’s internet giants are ramping up investment in India and Southeast Asia, highlighting the potential for growth in the regions’ vibrant tech scenes and positioning them as the next battlegrounds in their bid for global dominance.

Nearly US$5 billion in funding flooded into Southeast Asia’s tech start-ups in the first seven months of this year – already exceeding the US$3.1 billion throughout the whole of last year, according to New York-based research firm CB Insights. India, meanwhile, recorded US$5.2 billion of investments in its tech start-ups as of June, eclipsing the US$3.39 billion for the whole of 2016.

The increase in Southeast Asia is in large part due to funding from Chinese tech behemoths like Alibaba, JD.com and Didi Chuxing, who have caught Western competitors napping in the rush to invest.

“Alibaba, Tencent, and JD are looking to expand and grow aggressively in [Southeast Asia], and the simplest, fastest way to do so is through investment into, and acquisition of, synergistic technology companies with wide distribution, extensive on-the-ground infrastructure, and/or a large user base,” said Justin Hall, principal at Southeast Asia-focused venture capital firm Golden Gate Ventures.

E-commerce to bike shares: How Chinese firms went from copycat to copy that

In Southeast Asia, China’s dominant e-commerce platform Alibaba – the owner of the South China Morning Post – has committed US$2 billion for an 83 per cent stake in the region’s e-commerce power Lazada Group and led a US$1.1 billion investment into the Indonesian online marketplace Tokopedia. Tencent, the Chinese internet and gaming company, is an early backer of the Singapore-based online gaming and mobile commerce firm Sea, while Beijing-based ride-sharing company Didi Chuxing has led an investment of up to US$2 billion in Singapore-based Grab, Southeast Asia’s answer to Uber. Meanwhile, JD.com this week announced that it is forming a US$500 million joint venture in e-commerce and financial technology with Thailand’s major retail firm Central Group. 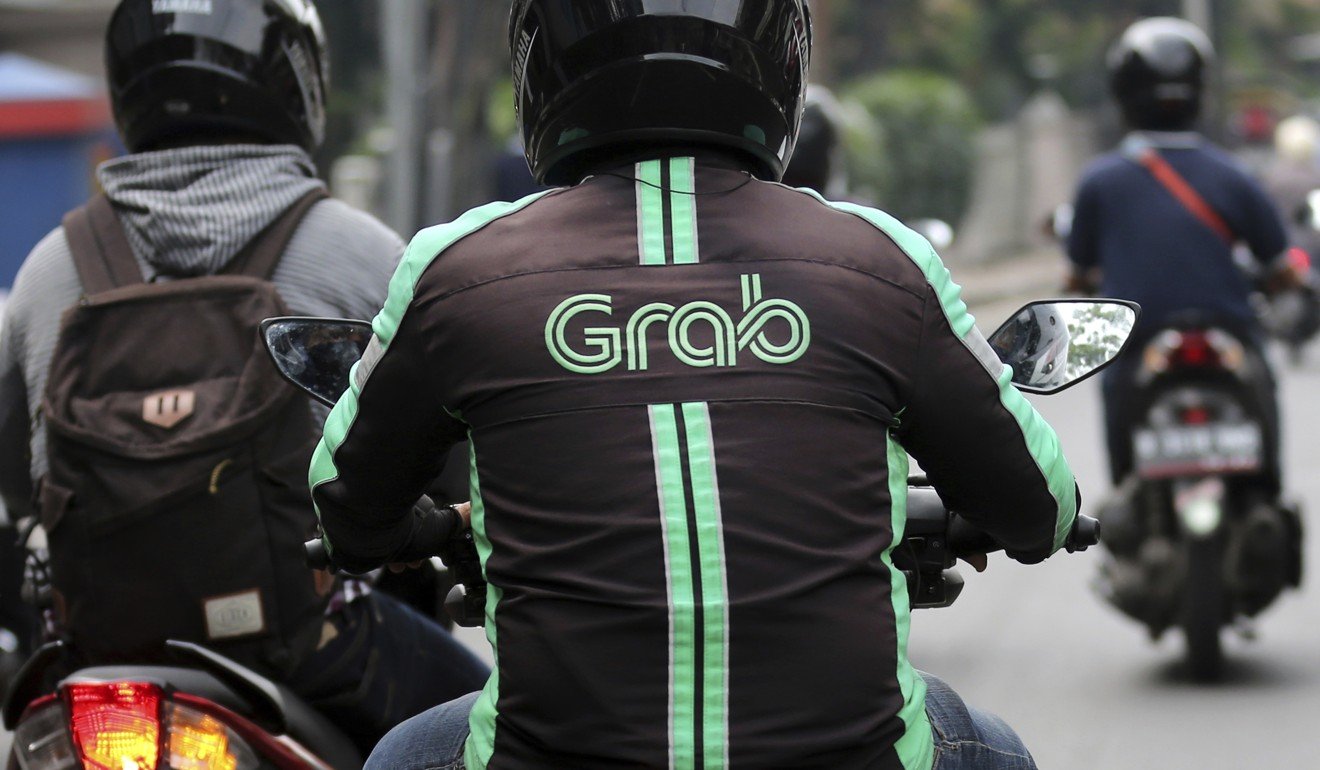 China’s tech giants focus on emerging Asia markets because they share similar demographics to China, where young urbanites with rising disposable incomes account for the majority of online buyers. Also, like Chinese, most other Asians typically first encounter the internet on relatively cheap mobile devices and are more likely to shop in online marketplaces than their Western counterparts, who favour the websites of individual businesses. Such similarities make it easier for tech companies to replicate their business models in Asia, rather than in the United States or Europe.

The most prized market in Asia for tech companies is India, due to its large population and strong levels of consumption. India is estimated to have 470 million internet users, while New Delhi projects the country’s digital economy could reach the trillion-dollar mark within the next five years – up from US$450 billion now.

Since 2012, US-based investors have been involved in more than 800 funding deals in the tech sector – more than investors from any other country, according to CB Insights. At the same time, American companies like Amazon, Apple and Uber have boosted investment in their own operations in the country. 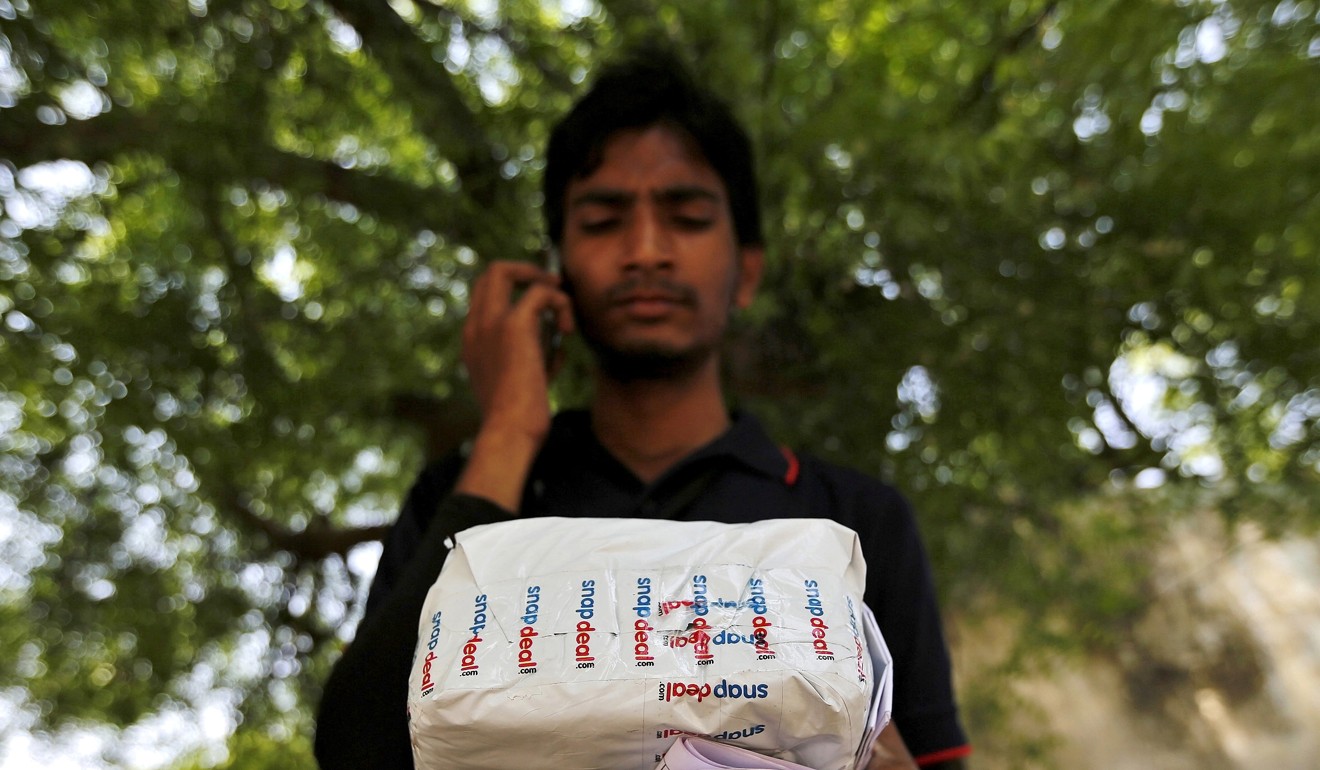 “India is more competitive than Southeast Asia,” said Albert Shyy, principal at Singapore-based venture capital firm Burda Principal Investments. “Chinese players have been showing more interest in Southeast Asia lately since they feel the market has grown large enough to be interesting for them and there are still a lot of [market] opportunities.”

After India, Southeast Asia offers the next big source of growth, thanks to its largely untapped online markets and rising middle class. More than half the region’s 650 million people are connected to the internet, largely through mobile devices.

Fintech – the next frontier for Hong Kong’s battle with Singapore

The number of digital consumers in Southeast Asia increased by 50 per cent last year to 200 million, boosting the region’s internet economy to more than US$50 billion in 2016, according to consulting firm Bain & Co. Meanwhile, Alphabet’s Google and Singapore’s state investment fund Temasek estimate that combined digital economies in the region will grow to US$200 billion by 2025.

In Southeast Asia, Chinese investors have caught their Western competitors napping – Amazon only entered the region this year, via Singapore.

Backing local firms is the modus operandi of the Chinese in this region, too.

“Western investors are taking their time in Southeast Asia, and instead of acquiring or investing in local companies like [the Chinese] they just go at it by themselves,” said Aldi Adrian Hartanto, head of investment at Mandiri Capital, the investment arm of Indonesia’s largest financial institution Bank Mandiri. 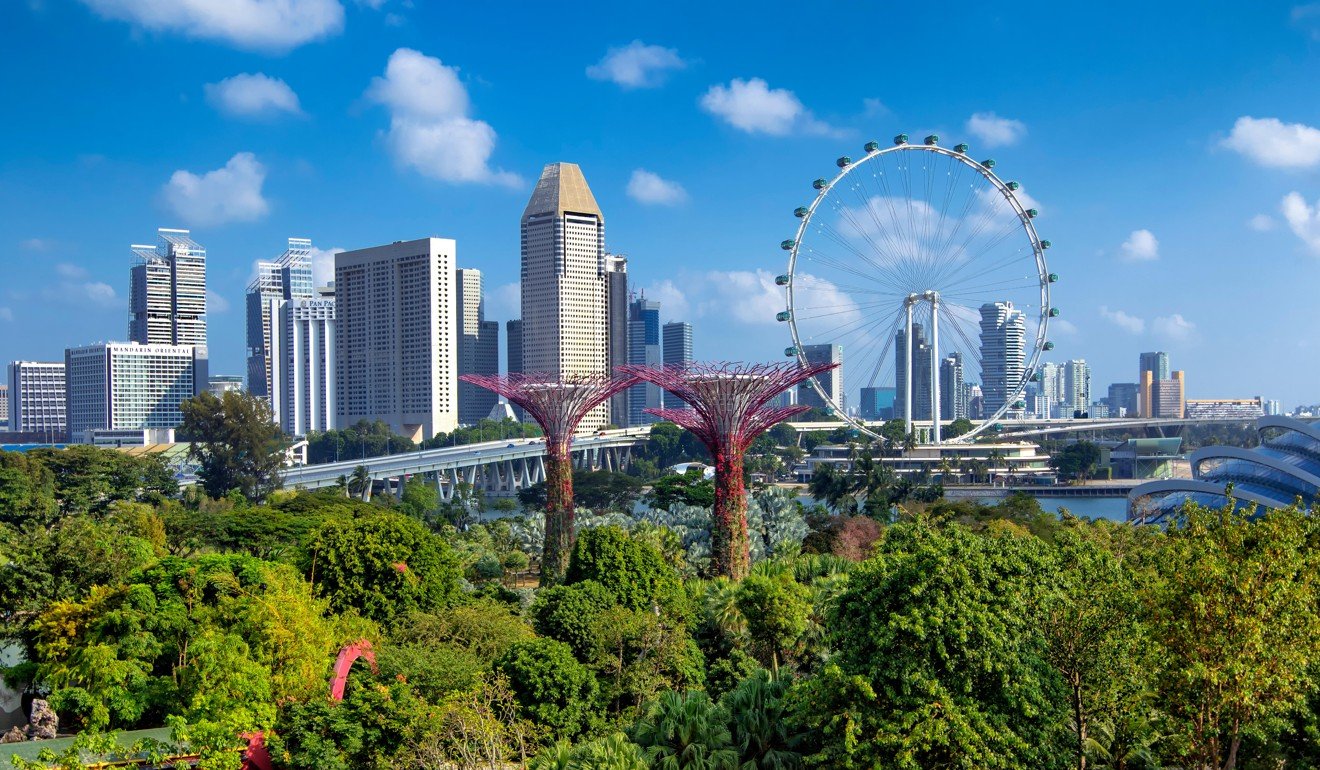 Singapore is the hotspot for tech-related deals in the region. Between 2012 and July 2017, there were more than 700 deals, worth a total of more than US$7.3 billion, in the city state. That put it far ahead of Indonesia, in second place, which had 285 deals worth a combined US$3.4 billion.

However, the sheer size of the Indonesian market means it is the next big prize for investors. Data tracker eMarketer projects there will be 36.2 million digital buyers in the Indonesian economy – Southeast Asia’s largest – this year, boosting its retail e-commerce sales to US$8.21 billion.

Meanwhile, household consumption contributed 58 per cent of Indonesia’s GDP last year, putting it roughly on par with India’s 56 per cent and ahead of China’s 38 per cent. American private equity giant KKR & Co. has projected the country’s consumption could jump seven percentage points over the next decade.

With Western investors yet to fully realise the potential in Southeast Asia’s budding tech scene, Chinese tech companies have a chance to gain influence.

Ant Financial has been making waves across the region by forging partnerships with payment firms. Alibaba’s financial affiliate made a foray this year into the Philippines through a tie-up with Globe Telecom-backed fintech company Mynt, and into Malaysia, where it set up a joint venture with a CIMB (Commerce International Merchant Bankers) subsidiary that clears the way for it to launch an e-wallet service in the country. 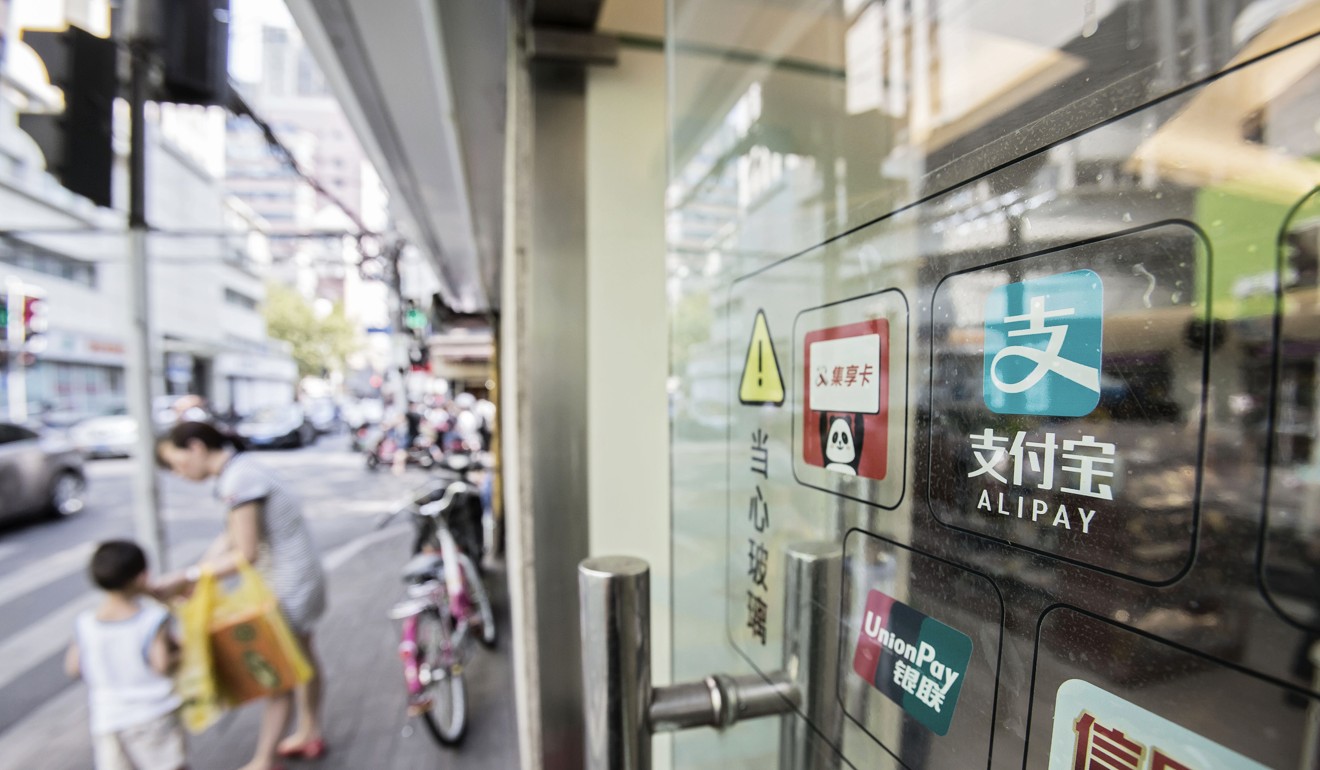 Ant Financial also acquired Lazada’s payments platform HelloPay, which was later rebranded as Alipay Singapore, Alipay Malaysia, Alipay Indonesia, and Alipay Philippines. In Thailand, it poured investment into Ascend Money, part of the country’s conglomerate Charoen Pokphand, while in Indonesia it teamed up with Emtek, the operator of BlackBerry Messenger, to weave Alipay services into the messaging platform.

Meanwhile, JD.com has put about US$100 million in Indonesia’s ride-hailing start-up Go-Jek, which also counts Tencent as an investor. The Beijing-based company also injected an undisclosed amount into Indonesian travel booking platform Traveloka.

“JD.com is set on making sure it doesn’t get left behind in the market through its Go-Jek investment,” Rahul Chadha, analyst at eMarketer, said in a recent research note. “In return, Go-Jek is likely to gain from JD.com’s expertise in managing the nuts and bolts of the e-commerce business, including shipping logistics and inventory management, should it decide to expand its efforts in that sector.” Thailand is the next most attractive market for investors to expand into, industry watchers say, citing its higher spending power compared to Indonesia, the Philippines and Vietnam. The Thai government’s efforts to develop the tech sector and an innovation-based economy by providing start-up incubators and accelerators has also set the country apart. Malaysia is also a bright spot, having produced some of the region’s best-known tech start-ups, including Grab.

While there are many opportunities in the region, experts caution foreign investors against taking a ‘one size fits all’ mentality, urging them to approach each country as an individual market with its own quirks and challenges. A business model that works in tiny Singapore might not work in a country like Indonesia, which has 17,000 islands and presents unique challenges for infrastructure, for example.

This too, gives Chinese firms an advantage over Western companies still trying to grow influence in the region. “Southeast Asia is a very different beast from other markets, and having a solid understanding of what constitutes a strong founder or company can be tricky,” Hall of Golden Gate Ventures said.

“If investors aren’t knowledgeable or their networks are insufficient, it’s far more likely they’ll invest in or acquire weak companies.” ■