Where do I belong now?

As the year 2017 drew to a close, many of my New York friends who had completed their degrees packed up their bags to go back home. The farewell-until-next-semester conversations of those who would be returning were peppered with transitional angst and uncertainties about the future. And then there was added into the mix an identity crisis of a different kind. It is something that I tend to think of as multiple-world syndrome. Symptoms include relentless critiquing, comparing and contrasting of just about anything and everything; but above all the posing of this question: where do I belong now?

Of course, being a foreign student I do understand that these are real concerns for a Third World citizen experiencing the First World for a significant period of time. Yet unlike self-financed students — Fullbright scholars are obliged to return to their countries of origin immediately after completing their study programmes. Thus those who are effectively forced to go back home appear more prone to multiple world syndrome. And even though all of us Fullbrighters are mindful of the binding conditions of the scholarship — the sense of imminent departure looms large; overshadowing one’s very being. For time spent away in a foreign land does change a person. And while my focus here is fixed on Pakistan, this phenomenon extends to most international students as they prepare for their imminent return; even those who do so happily, excited to serve the motherland.

As the journey from West to East gets underway, reverse culture shock kicks in right from the moment of landing at the airport. First of all, there is the matter of washrooms. It is a case of, goodbye unisex restrooms filled with lavatory paper. Hello to gendered toilets complete with Muslim shower. Then, as one passes through international arrivals one seeks out friends and family rather than public transport. And then, once in the car the driver relies upon memory as opposed to a sat-nav to get you home. All of these are constant reminders of the multiple worlds you inhabit. From this point on, you can’t help yourself. Meaning that the never ending round of comparing this to that begins. This may range from the idea of what constitutes personal space within the home to national political systems.

I still recall the first day of class in the US. I asked a class fellow where he was from, believing him to be either Indian or Pakistani. Singapore, came the answer. We went on to become good friends and I eventually learned that he was, indeed, Indian; born and bred. But he had spent the last 10 years living in Singapore before moving to New York to pursue his graduate studies. Thus he felt entitled to claim that country as his own. All of which begs the question as to what determines individual identity and belonging beyond mere tokens of citizenship such as passports and national identity cards. This is a question that haunts returned foreign students.

Often the most striking markers of difference that gives us away as perhaps not belonging to this country is the our unusual American accents. We are often accused of ‘faking it’ or of having illusions of misplaced grandeur, in other words of being wannabes. Another way of viewing this conundrum is through the prism of our old friend, the multiple-world disorder. In other words, South Asians, being at one time subjects of the British Empire, have a decidedly distinct relationship with the English language. Indeed, it is one of the very few (and most of the time the only) foreign languages that we are exposed to at home. English prevails at both the academic and professional level. Thus those students coming back from non-English speaking nations don’t encounter the question of accent. For no one cares much about French, German or Spanish accents here in Pakistan. 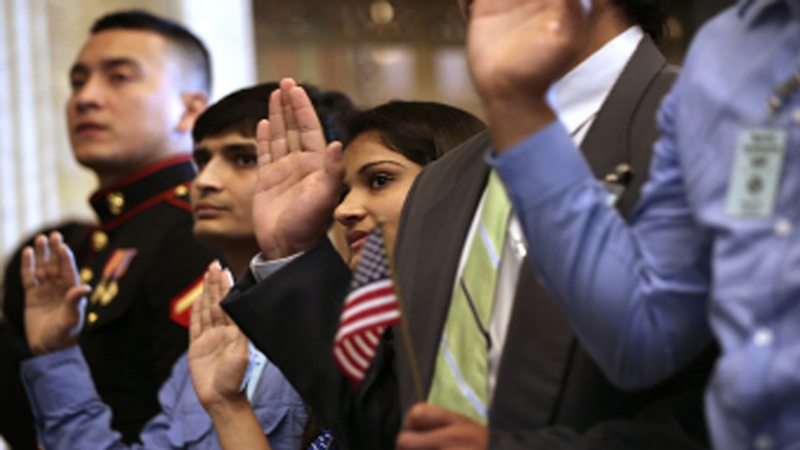 Yet despite being already armed with a certain fluency in English, those of us studying in native speaking countries come away with an ever deeper understanding of the intricacies of the world’s (for now) most widely spoken language. Thus do we develop a deep-rooted desire to master it and speak it as if it were our mother tongue. Of course, this may also be linked to the general crisis of belongingness as we try to consciously or otherwise try to find a place in our new community; however temporal that existence may be. Yet upon returning home, we find that such English proficiency represents a barrier to (re)integration.

Nevertheless, the issue of accent appears the least of our problems. For, aside from acquiring a taste for imported western goods — we foreign returned students also bring back with us particular western concepts. These pertain to matters lying at the very heart of societal ideologies such as religion and the practice thereof, gender and sexuality, family, personal relationships and, of course, freedom. This leads to us to being recast as misfits in every field of life. New ideas no more fit the old frames of reference. Thus lobbying for the legalisation of homosexuality or for the protection of transgender rights translates into non-legal currency, despite what Facebook rainbow filters would have us believe. Here, live-in relationships are strictly no-go. Marriage remains the only accepted paradigm; and if arranged, so much the better. Freedom of expression is confused with self-indulgence and, as such, is not recognised as a basic human right. And any debates that we do have about religion focus not on freedom of faith and practice — but as a tool with which to combat the religious extremism that represents the biggest threat to Pakistan today.

I asked a class fellow where he was from. Singapore, came the answer. I eventually learned that he was, indeed, Indian; born and bred. But he had spent the last 10 years living in Singapore. All of which begs the question as to what determines individual identity and belonging

When confronted with such restrictions many of us therefore ask the critical question: where do I belong now? Yet this extends beyond the realm of personal experience. Given that we, as a society, need to resolve this conflict. Here in this country we like to consider the West the epitome of all modernity. Thus we endeavour to replicate it while hanging on to our own roots and traditions. We seek western notions of liberation while refusing to surrender orthodoxy. We remain unready to let go of anything but we still want more. The only way forward therefore can be through a mixture of flexibility and acceptance. For that is surely the path towards progress.

So it is that I finally answer my own question of belonging. And the answer is: somewhere in between.

The writer is Falak Sufi Scholar at Hagop Kevorkian Centre for Near Eastern. Currently pursuing a Masters degree at New York University