Why are Hong Kong’s expats still down in the dumps about living in the city?

Eco warrior Jo Wilson has lived in Hong Kong with her family for 21 years, but she feels so depressed about the city’s environmental situation that she is increasingly splitting her time between here and her home in Britain.

The founder of environmental group Living Lamma, which campaigns for greener practices on Lamma Island, said she was becoming more frustrated by the city’s waste problem.

A mother of two whose children Max, 11, and Kate, 8, join her on regular beach clean-ups, she is one of a growing number of expatriates who feel turned off by Hong Kong’s poor environmental state. 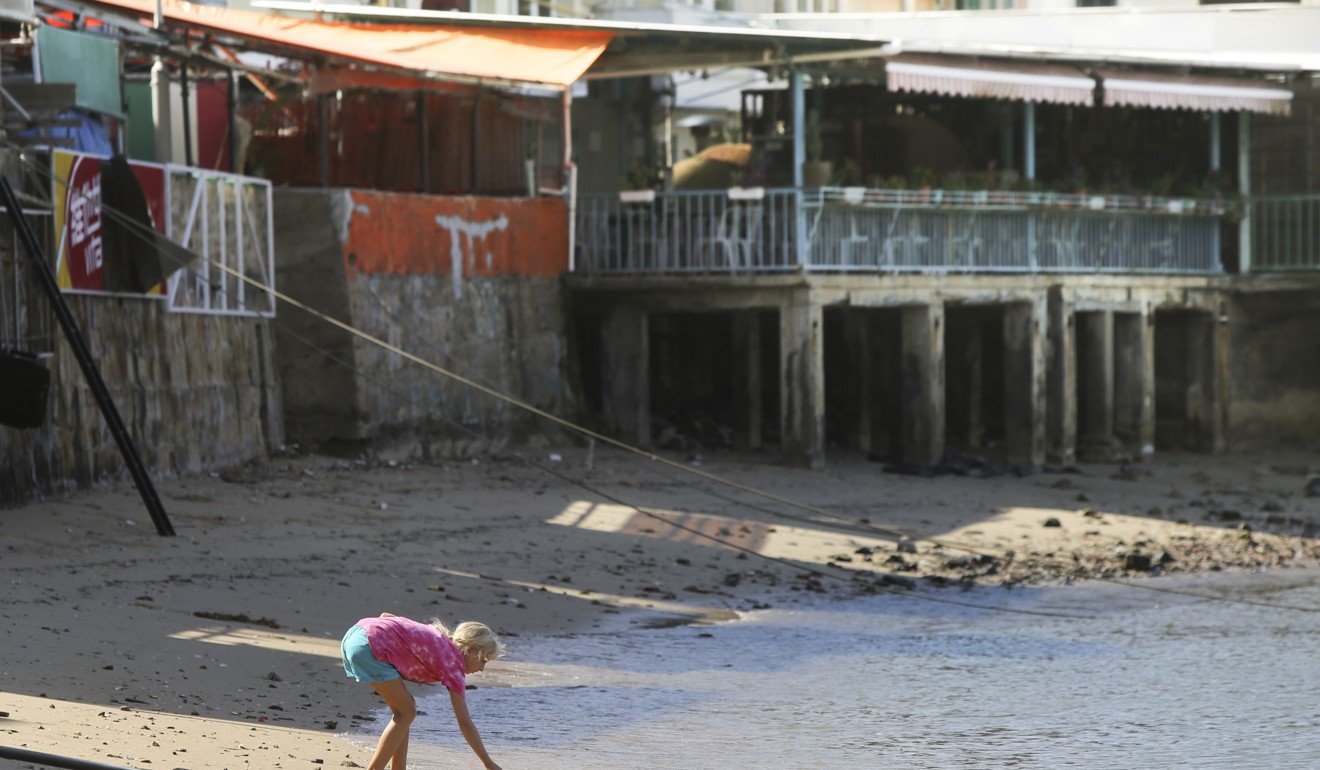 “When you have kids in Hong Kong, it’s hot and you can’t take them to the beach because it is covered in trash, then you have to wonder [about leaving],” she said. “I think it’s particularly hard when you have something to compare it with.

“We know now that marine plastic is a major global issue, but when you are able to take the kids to beautiful, clean beaches elsewhere and experience the joy of being in nature, it is really hard to tolerate beaches that are covered in landfill. The kids come to their very own obvious conclusions about Hong Kong and it’s sad to say it’s not a place they want to stay.”

Wilson said she did not plan to leave Hong Kong – because her husband’s finance job was based here – but felt pessimistic about the city’s environmental landscape.

“We’re currently spending as little time here as possible, but my husband’s job is tied to Hong Kong and we’re a family that likes to stay together, so it’s a difficult question over how much longer we’ll stay.

“I’m starting to put the experience of the last nine years of campaigning into order for a website, so that people can see what happens when you try to approach the authorities for environmental improvement,” she added. “It’s basically nothing, next to nothing, or you find the rubbish that you were complaining about has been dumped down the hillside making things worse. I’m hoping for a mindset change.”

Hong Kong’s neglected environment is just one factor that has contributed to a decline in expat satisfaction here. Almost two-thirds, 63 per cent, of Hong Kong’s expatriates said they were unhappy about the quality of the environment, according to a recent survey by expatriate website InterNations. Asides from the problem of rubbish-filled beaches, Hong Kong also suffers from poor air quality, with pollution levels exceeding standards set by the World Health Organisation for more than 15 years.

Overall, the InterNations rankings suggested Hong Kong’s expatriates would be happier in other Asian destinations, including Taiwan (4th), Singapore (9th), Vietnam (12th) and Malaysia (15th). This year, Hong Kong only managed a dismal 39th position, despite performing marginally better in 2017 compared with 2016. But just three years ago, it achieved 10th place in the same poll, suggesting its shortcomings were increasingly outweighing its merits for expatriates. 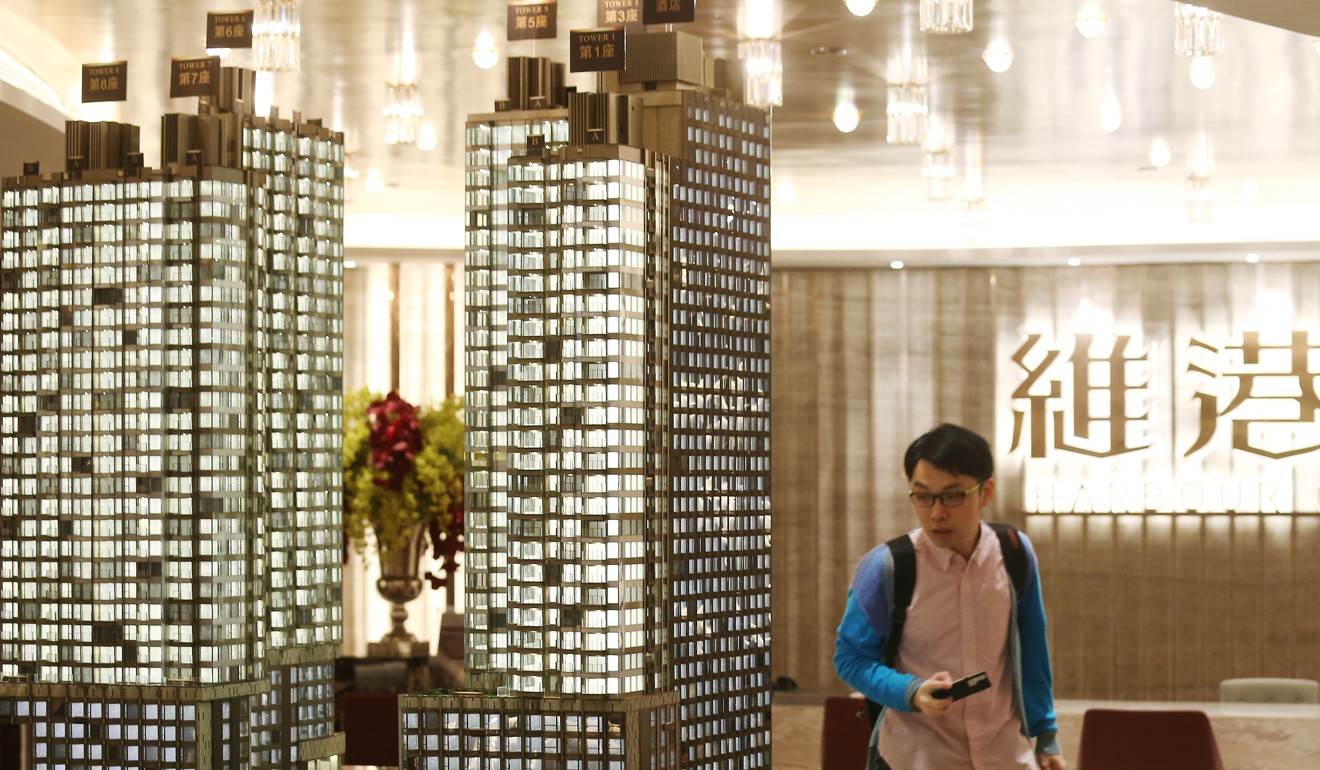 Typically the survey asks about 13,000 expatriates in more than 180 territories to rate their current home according to about 40 various life factors.

Predominantly, Hong Kong’s expats complained they were frustrated by the city’s high cost of living; a lack of work-life balance and the difficulty of getting settled because of social barriers such as learning Cantonese.

The high cost of living is closely tied to the city’s real estate prices. Hong Kong has the world’s highest residential property prices based on square footage, and in June this year prices rose for the 15th straight month. Meanwhile, expatriate pay packages in the city hit a five-year low, trailing Japan, mainland China and India, a survey by human resources consultant ECA International found in May this year.

Antony Dapiran, author of City of Protest: A Recent History of Dissent in Hong Kong (2017), said the problem of soaring property prices was having a detrimental impact on quality of life for everyone in the city.

He added the increasing influence of the mainland in the special administrative region after the 1997 handover meant Putonghua was becoming more and more essential for expats here.

“There are really two key issues in Hong Kong: high real estate prices, which affects quality of life for all Hongkongers, not just expats, and the increasing importance of mainland China for business here,” Dapiran said. “This second issue means Putonghua language skills are increasingly essential, and therefore non-Putonghua-speaking expats have fewer opportunities. Neither of these factors is likely to change in a hurry.”

About four in five (78 per cent) Hong Kong expats surveyed said they sent their children to international school, which partly explains why it ranked a disappointing 39th in the costs of childcare and education category. Fees for these institutions are rising at an alarming rate.

In August, the English Schools Foundation, the city’s largest provider of international education, said it had received approval from the Education Bureau to raise its fees by between 5.4 and 27.5 per cent for 17 of its schools in the next academic year. This means parents of pupils at the ISF Academy in Pok Fu Lam will have to pay between HK$177,410 and HK$224,070. Expat parents generally insist they have no option but to sign their child up for an international school because their child does not speak Cantonese and therefore would likely struggle to keep up in a local school. 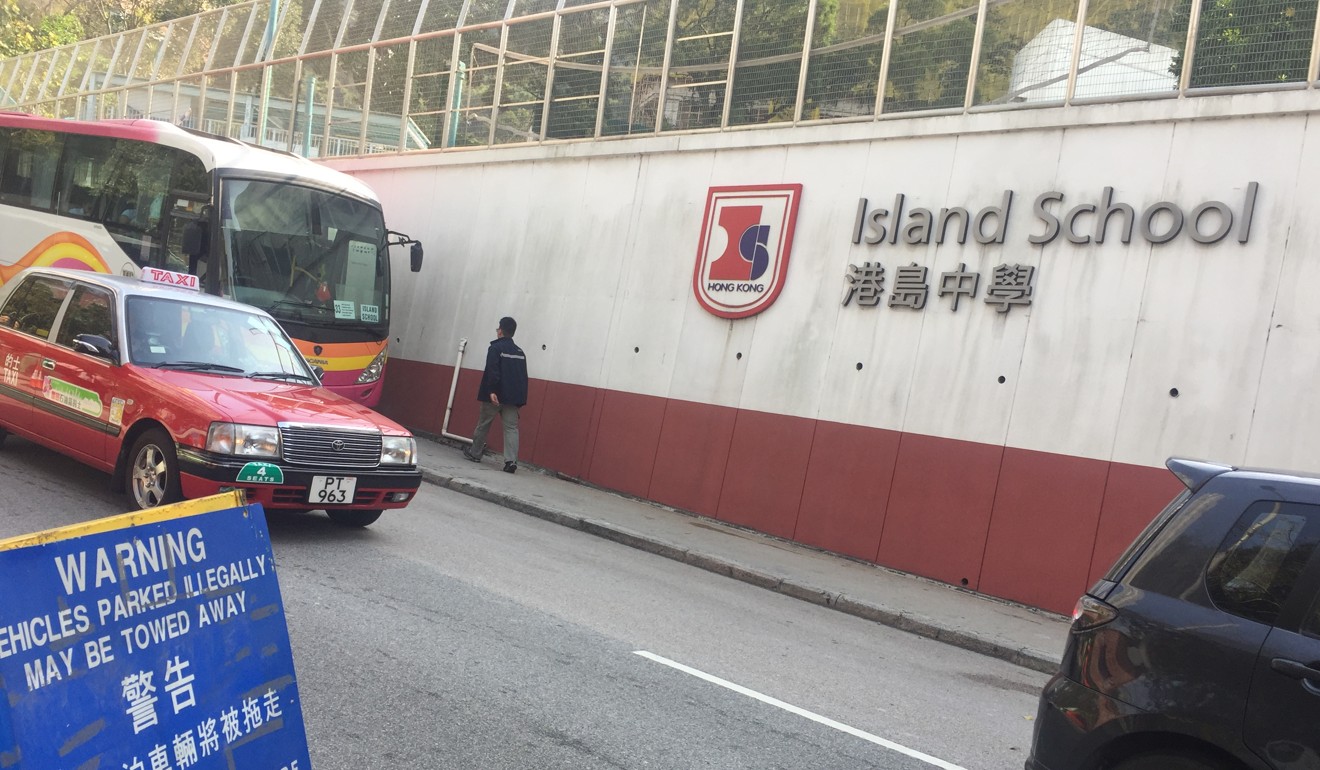 Education sector lawmaker Ip Kin-yuen has said the rising costs of international schools were unlikely to stabilise because middle-class local children are also competing with expat children for places at the most prestigious schools, as parents hope they will obtain a more rounded education. He said this trend made Hong Kong’s education market especially lucrative.

The overall decline in expat happiness here appeared to be affecting certain expatriate populations more than others, with the numbers of Americans, Canadians and Australians with Hong Kong residence continuing to decline.

It remained difficult to calculate the precise number of expatriates in Hong Kong because it fluctuated throughout the year. The Immigration Department records the number of foreign residents who are in Hong Kong at the end of each month.

Meanwhile the average number of Brits across the same period remained almost the same: from 15,352 to 15,359.

Despite the dwindling expat numbers, some of their fellow nationals were pleased with their life in Hong Kong. American Scott Christensen, chief organiser of the Hong Kong Trail Runners group on the social network Meet Up, said he was very content after nine years, having obtained permanent residency in the city.

“Hong Kong has the safety of Tokyo and the vibrancy and international culture of New York,” he claimed. “It has great weather also. As a trail runner, having the mountains at our back door makes it an ideal place to lead an active lifestyle. Trail running is a great community here, and I often leave work early and head for the hills!” 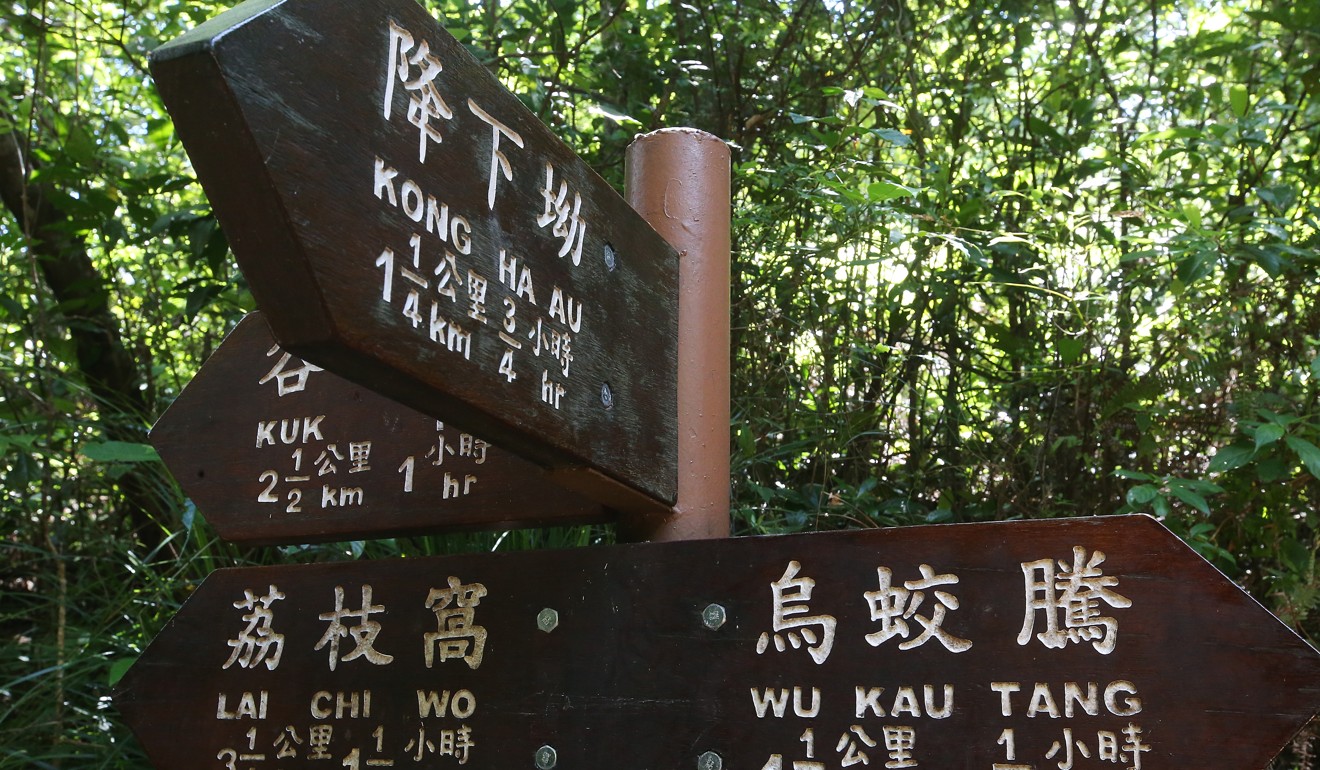 Christensen, 48, founder of a start-up, said he had found it easy to obtain business registrations here and felt international residents were generally welcomed to make a contribution to the economy and society more broadly.

“This is often very far from the case in other countries around Asia,” he said. “In Hong Kong, we have a vibrant culture formed from ambitious individuals who’ve come from countries all around the world to learn and succeed. But many expats find Hong Kong to be a bit small. I would recommend everyone to learn some Cantonese and do some travelling. Perhaps take a trip to the hills 30 minutes away, and the small world might feel a bit bigger.”

When comparing average numbers of expatriates here between August 2015 and July 2016 with August 2016 to July 2017, the total number of expatriates has actually increased from 669,961 to 679,169, mostly due to foreign domestic workers from the Philippines and Indonesia, who make up the biggest expatriate groups in Hong Kong. Despite facing low wages and challenging working conditions, poverty at home compels these predominantly female workers to seek opportunities abroad. The Immigration Department figures do not include mainland Chinese immigrants, who are not classified as foreigners. 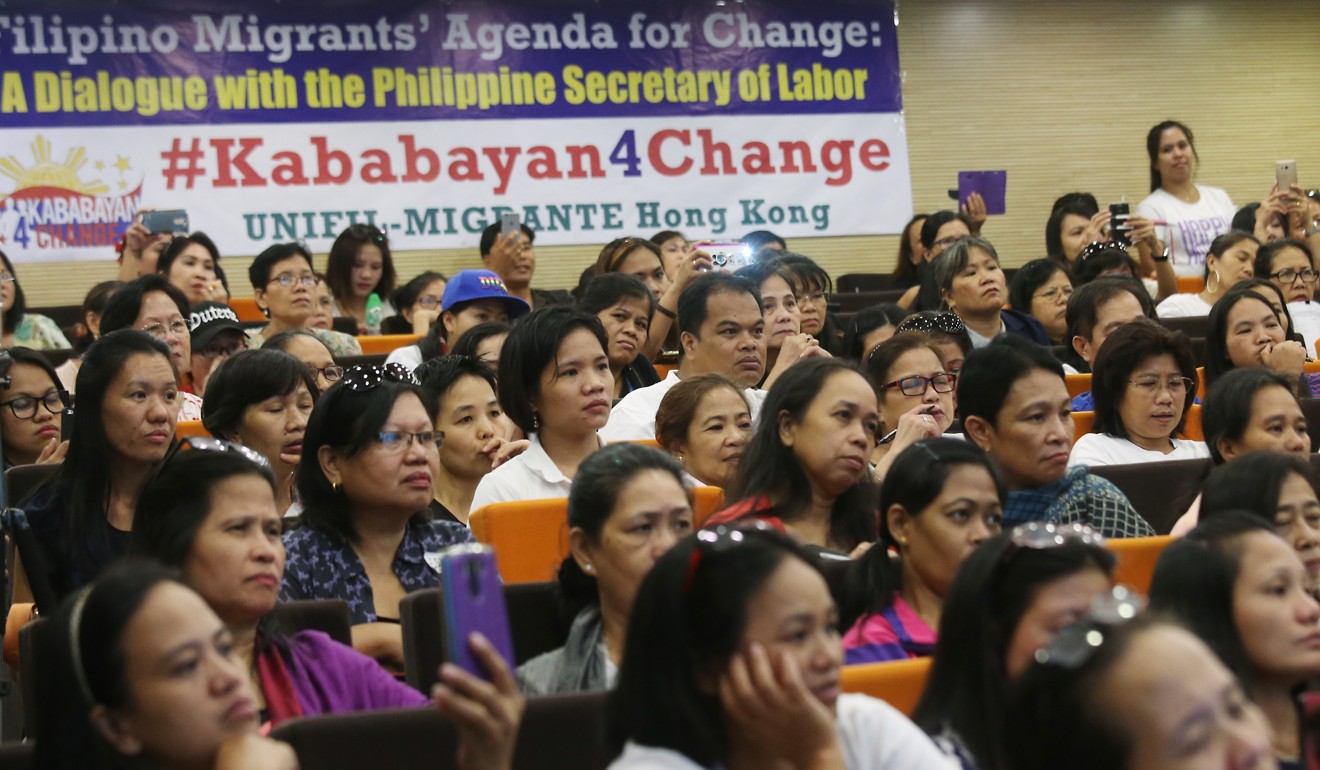 Simultaneously during this period, other expatriate groups saw growth to a much smaller degree; including Indians, Nepalese, Pakistanis, Malaysians, Vietnamese, Singaporeans, South Koreans, Thais and Portuguese, according to department statistics. This indicated some nationalities continued to consider Hong Kong an attractive city to live in. Perhaps unsurprisingly, in the InterNations survey, the city scored well for travel and transport (2nd), personal safety (10th); quality of education (15th) and job security (19th).

Namrata Mashru, a 36-year-old banker from Mumbai, is among the Indian expatriates happy to call the city home.

As she prepared to take up a new role with Swiss investment bank UBS, Mashru said she was pleased to return to Hong Kong this year after previously working here for Deutsche Bank between 2009 and 2015.

Unlike some expats, she said she did not mind long working hours because Hong Kong offered amenities and social activities that she had not found as accessible in other cities, including London.

“The quality of life here is so much better than what I’ve experienced in Mumbai, London and Mauritius,” she said. “The public transport in particular is fantastic. It’s super safe here too. I never had to watch over my shoulder or worry about what I was wearing and how late or drunk I was. I can’t do that in India.

“There are downsides here, like air pollution, but every other place has been a lot harder to settle down in, and I don’t feel like that in Hong Kong.”

Countries with the most foreign residents in Hong Kong (2017)

Where expats prefer and why

In the 2017 InterNations survey, expats rated the country second overall in the survey’s quality of life index, compared with Hong Kong’s 27th place. Local transport was also described as “very good” by more than two thirds of respondents, almost equivalent to Hong Kong. Seven out of 10 expats in Taiwan were generally satisfied with the financial situation, as the cost of living is deemed cheaper than Hong Kong. Respondents also suggested it was easier to make local friends as the Taiwanese were generally seen as friendlier than Hongkongers; 60 per cent of those polled said Taiwanese people were “very friendly”.

The territory was assessed as even better than Hong Kong for personal safety: 90 per cent of respondents gave it the highest possible rating, compared with 70 per cent for Hong Kong. Singapore also ranked in second place for quality of education and availability of education, categories for which Hong Kong only received rankings of 15th and 41st respectively. This perhaps explains why Singapore ranked seventh in the family life index.

The country ranked first in job and career; cost of living and personal finance categories. It also ranked in the top 20 for personal happiness; friendliness and work-life balance. Its performance in all these categories was higher than Hong Kong’s. More than nine out of 10 expats were happy with the cost of living in Vietnam.

Malaysia was the biggest improver of all Asian territories in this year’s survey, climbing 23 places from last year. Almost eight in 10 expats (78 per cent) said they found it easy to get settled there, with seven in nine expats saying it was easy to adapt to the local culture. It ranked higher than Hong Kong in personal happiness; leisure options; health and well-being; language and work-life balance. It failed to eclipse Hong Kong, however, for career prospects and personal safety.