Fresh from a landslide victory at the general election, Singapore’s Prime Minister Lee Hsien Loong was flush with political capital last year when he floated sweeping constitutional changes that would ensure an ethnic Malay became the city state’s eighth president.

Now that the vision has been realised – albeit controversially – with the ascent of Halimah Yacob as president, there may be a steep price to pay when he goes to the polls again, observers have warned.

Lee made public his intention to broaden minority representation in the office of the president, a largely ceremonial position, in a January 2016 speech at the opening of the new parliament. His People’s Action Party (PAP) was in its strongest position in years after securing 70 per cent of the popular vote in the snap poll four months earlier – a significant feat even for a party in power more than five decades.

The premier said that in the Chinese-majority, multiracial city state of 5.6 million people, it was “important that minorities have a chance to be elected president, and that this happens regularly”. 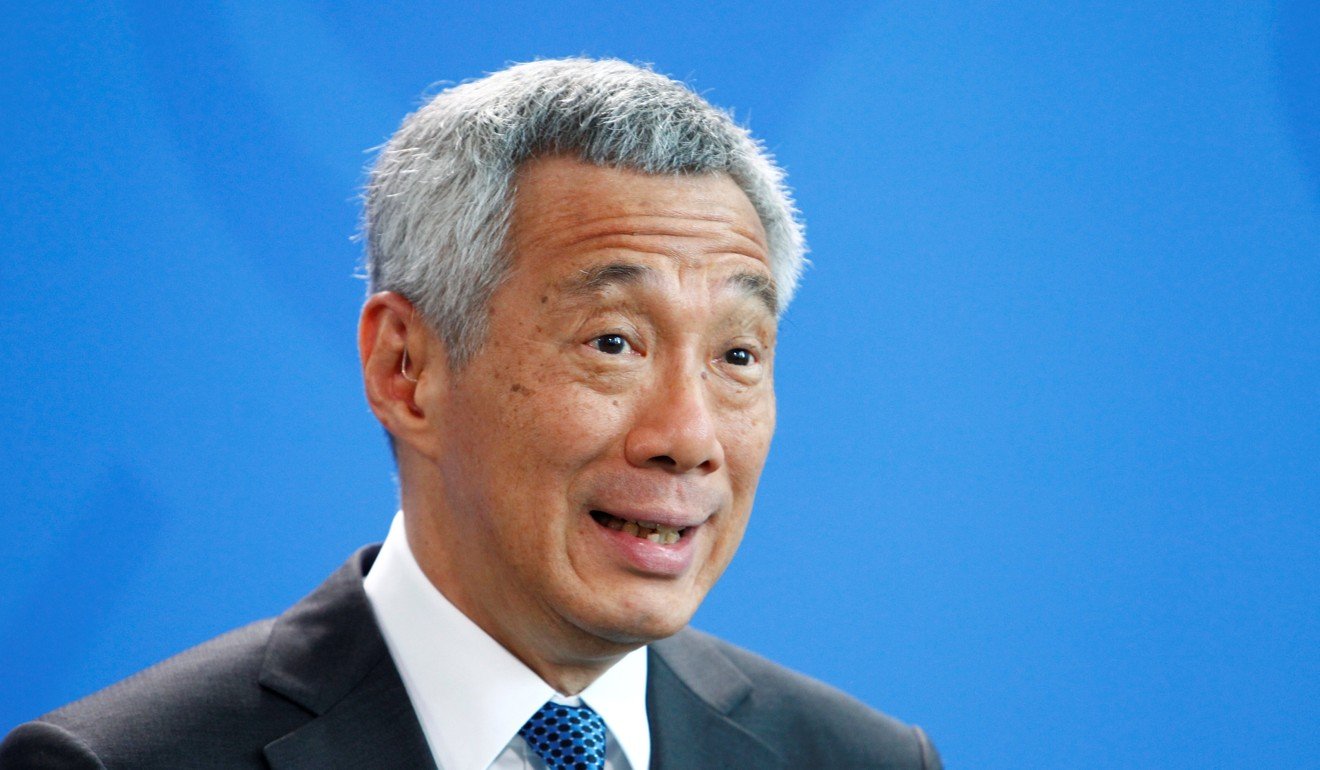 Fast-forward 21 months and Lee’s objective seems to have been met – on paper at least: Halimah Yacob, parliament speaker when Lee delivered that key address, quit the position last month, and on Thursday was inaugurated as the republic’s first woman president and the second Malay to hold office as head of state.

The 63-year-old former PAP stalwart is a trained lawyer and a Muslim who wears the hijab. She was declared head of state in an effectively uncontested election a day earlier after her two rivals were disqualified for not meeting strict financial criteria.

In Singapore, how Malay is Malay?

Under constitutional changes ratified last year – recommended by a commission convened by Lee – the poll was reserved for Malay candidates on this occasion.

The new law reserves the presidential election for a particular ethnic group if no person from that community has held the position in the previous 30 years. The last Malay president, Yusof Ishak, held office from 1965 until his death in 1970. For Lee, in power since 2004, shepherding the ascent of a president of a double minority – Malay and female – should in ordinary circumstances have been viewed as a political accomplishment.

From his initial suggestion in the January 2016 speech to the independent constitutional commission’s recommendations filed in September, and the PAP’s ratification of the changes in November last year, the execution of the changes were implemented with Singaporean-style efficiency. But rather than strengthen the leader’s hand, observers say the haste with which he operated could be costly, reversing his position following the 2015 elections.

The controversy sparked a heated debate that reached fever pitch in Singapore this week, with critics panning the so-called “reserved elections”. Some described Halimah as “President Select”, and the hashtag “#notmypresident” trended on Twitter. Among the key gripes was that, with the election criteria already restrictive because of the “Malay only” rule, election officials tilted the scales by blocking the candidacy of the two alternative candidates.

Mohammad Salleh Marican and Farid Khan, both accomplished businessmen, did not meet a new rule stipulating private sector nominees must have managed S$500 million (HK$2.9 billion) of shareholder equity, a fivefold increase from the previous amount. Election officials have the discretion to waive this requirement. 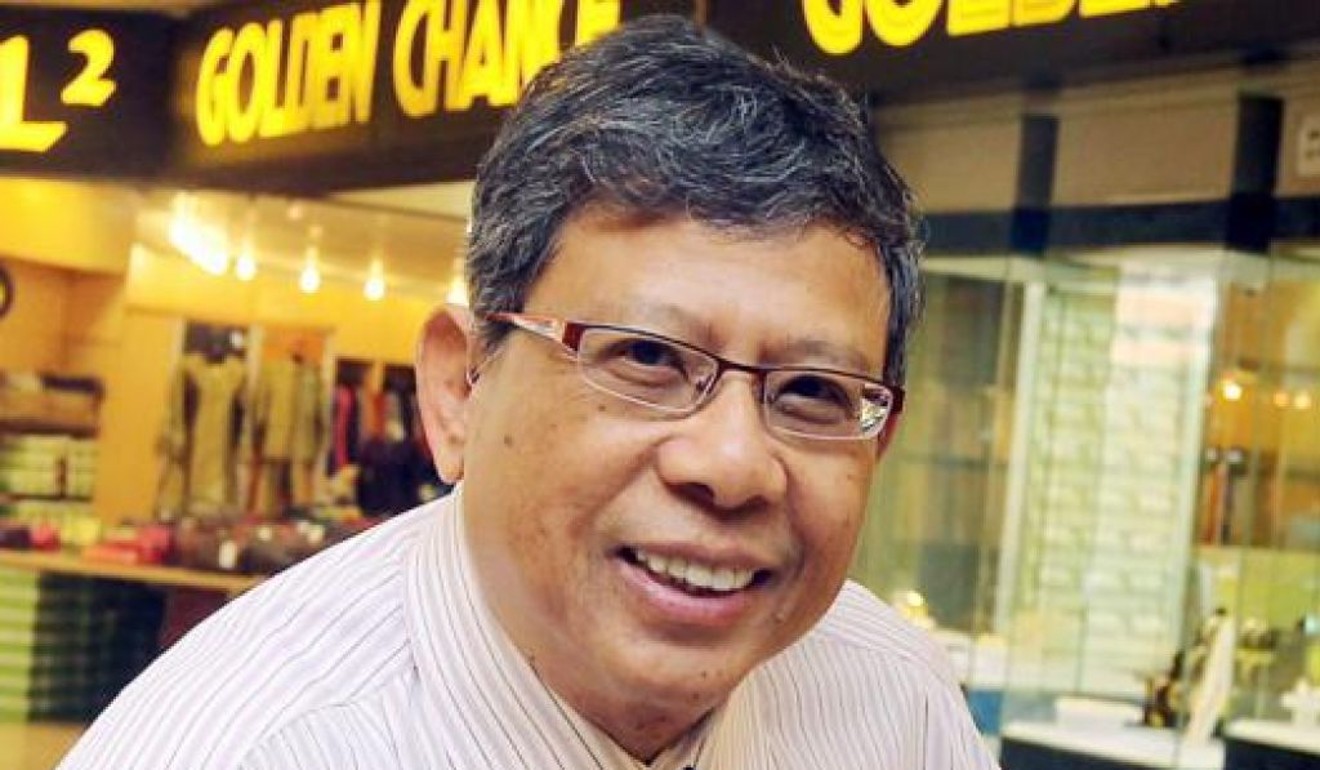 Some Malays also viewed the changes as tokenism, given that while Lee has been pushing for a Malay president, he has maintained the country’s Chinese majority is unlikely to accept a non-Chinese prime minister any time soon. The premier is the most powerful political leader in the city state.

Sudhir Vadaketh, a government critic, urged Singaporeans to “punish the PAP at the next general election” for the debacle.

“There will be nowhere for the PAP to hide from one of its greatest ever mistakes, of undermining democracy and meritocracy in such a foolish way,” he wrote in his blog.

And PN Balji, a former newspaper editor, said the changes “inflicted a serious wound, especially on Malays” because there was a perception they had been made the PAP’s “political pawns”. The criticism was not aimed at Halimah.

The new president, the daughter of a single mother who sold the Malay dish nasi padang for a living, is widely viewed as down-to-earth and a champion of the underdog. Bioengineering researcher Muhammad Nadjad bin Abdul Rahim said the former PAP MP would have easily won in an open election against rivals from any ethnic group.

“Many believed she stood a very good chance of winning … that would have been the best result for the Malay community,” the 29-year-old said. 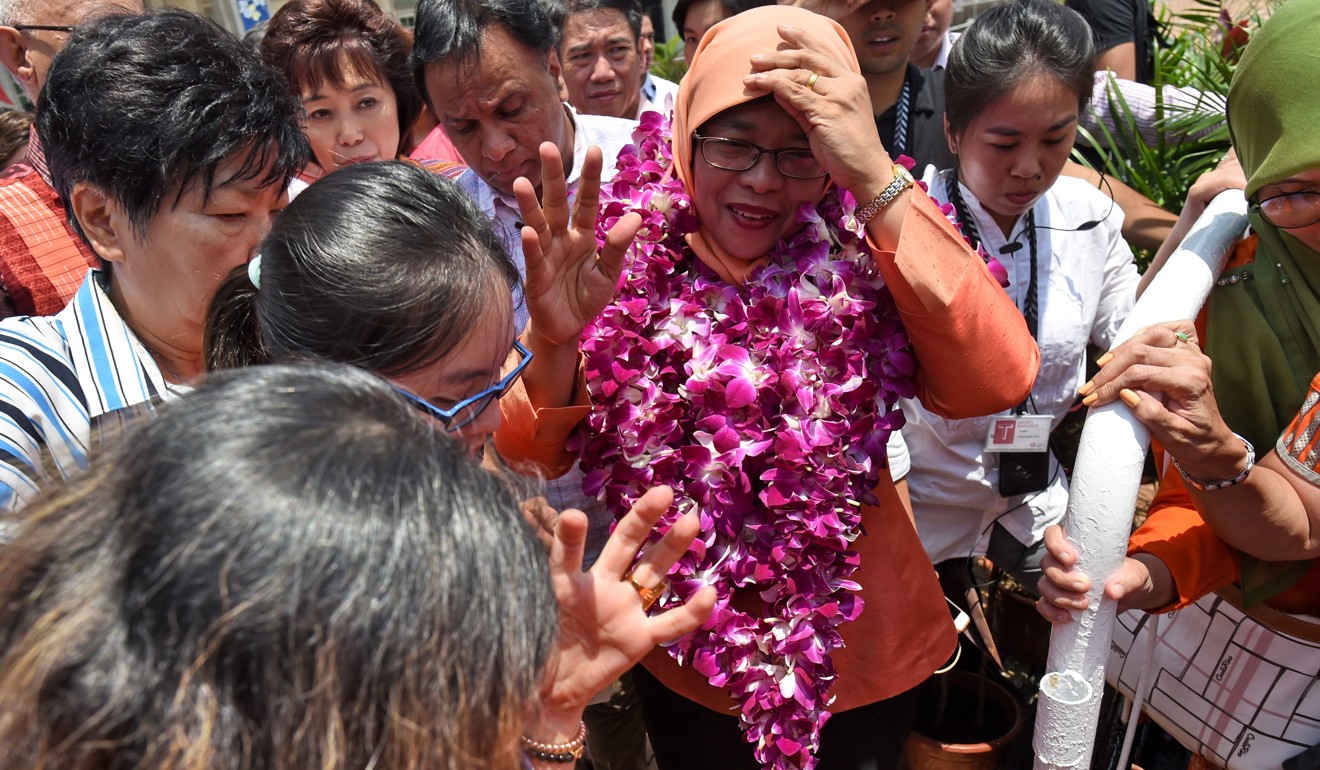 NO TO AFFIRMATIVE ACTION

Nizam Ismail, an ethnic Malay lawyer and activist, said the episode created the impression that Malays were open to hand-outs in the form of affirmative action. Unlike Malaysia, which has a positive discrimination scheme favouring its Malays – the majority ethnic group in that country – Singapore has no such policies.

While the city state’s Indian and Malay minorities lag behind the Chinese in income and education levels, the PAP has long maintained no race will be given special favours.

“Singapore has jealously espoused the fundamental tenet of meritocracy. With the reserved presidency, meritocracy has been selectively disapplied,” Nizam said.

Malays, who make up 13 per cent of the resident population, were “concerned that the reserved presidency will perpetuate the stereotype that Malays are unable to succeed on their own footing, and require affirmative action,” Nizam said.

“This becomes upsetting, as the community had never asked for affirmative action.”

Paul Tambyah, a politician with the opposition Singapore Democratic Party, said perceptions remained that Lee instituted the Malay-only election to block the candidacy of Tan Cheng Bock, a former PAP MP turned strident government critic who lost out on the presidency by 0.34 per cent in the 2011 contest. 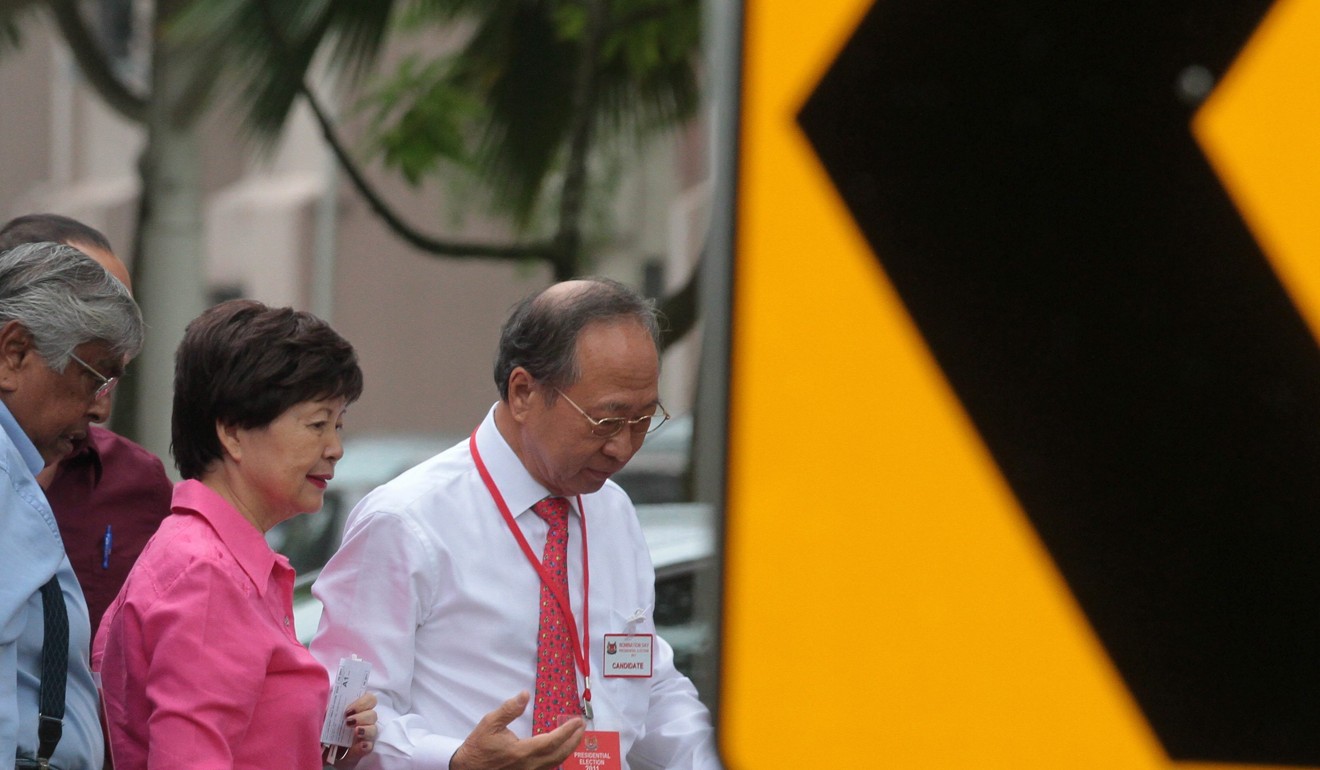 Up until last week, government officials found themselves strenuously rejecting this claim.

Chan Chun Sing, a cabinet minister seen as one of the leading candidates to succeed Lee, said in a public forum last Friday the government would not have stuck its neck out with the constitutional changes just for the sake of “conspiracy theories”.

The minister, who heads the powerful national trades union congress, said Lee had anticipated that mandating minority presidents from time to time would be a political hot potato but pushed through anyway.

A poll last year by the government-linked Institute of Policy Studies and state broadcaster Channel NewsAsia showed various ethnic groups harboured a preference for one of their own to hold political office.

Singapore will not ‘roll over’ for China

Said Chan: “We are prepared to pay the political price because we think the future of our country is much more important than any political capital that we may have.”

Calvin Cheng, a former appointed lawmaker known for his pro-establishment views, dismissed the chances of the PAP being hurt by the controversy.

“For most Singaporeans, bread-and-butter concerns will still be foremost,” Cheng said. “This issue then becomes not a primary issue but a lightning rod for discontent. If the PAP manages to deliver on bread-and-butter issues, they will emerge unscathed.”

In the low-key inauguration ceremony at the Istana presidential complex on Thursday, Halimah acknowledged the divisions caused by her unconventional path to the highest office in the land.

“I respect their [detractors’] views,”she said in her inauguration speech, flanked by Lee and Chief Justice Sundaresh Menon.

“I look forward to the day when we will no longer need to rely on the provision to have reserved elections, and Singaporeans naturally and regularly elect citizens of all races as presidents.” ■