Will a bite-size nibble be the best approach to get a taste of a cryptocurrency?

Were the WASPish Winklevoss twins actually onto something? Their general unlikeability, as portrayed in the movie The Social Network, made them a topic of mirth, but they did develop the concept behind Facebook.

They were also the first public faces to extol the virtues of bitcoin. People scoffed and waited for the demise. After all, they were tangled up in a set of lawsuits surrounding the origins of Facebook, which was unseemly. How could bitcoin be worthy of attention?

But bitcoin hit an all-time high in December, after undergoing some ups and downs that had seemingly spelt its end. Had you bought a bitcoin for US$967 on January 1, 2017, you would have realised a huge gain. By January 2 that same bitcoin would have been worth over US$14,000, though that was after a precipitous drop off from US$19,000 just before Christmas. In the summer of 2010, one bitcoin was worth just six US cents. 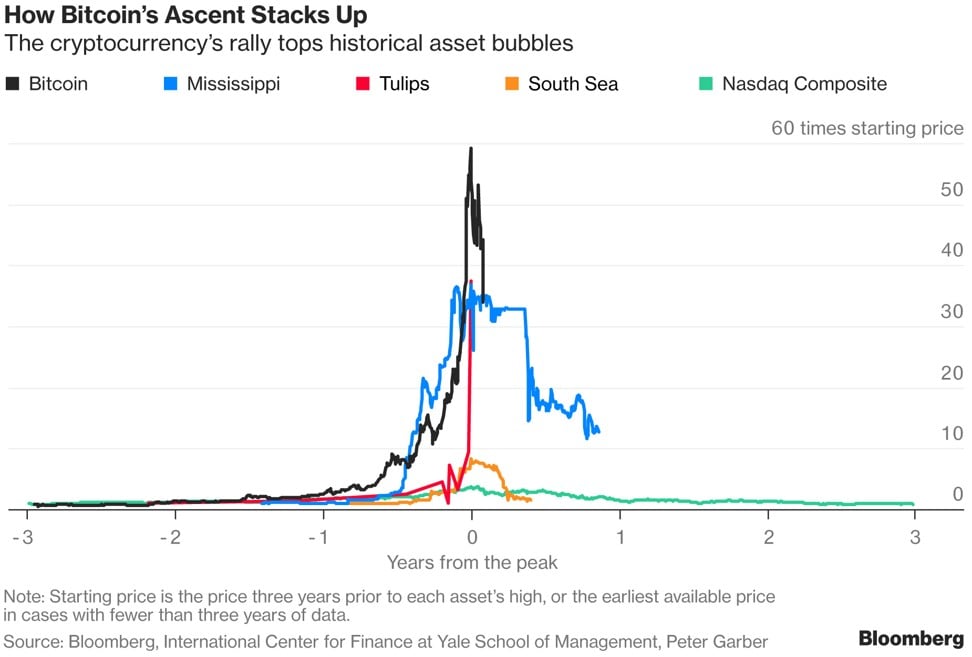 Is it time to reconsider this digital currency, or one of the many more that have been spawned?

There are plenty of options, with over 1,400 cryptocurrencies in existence and a total market value estimated at US$550 billion, according to the latest Coinmarketcap data.

The currencies getting the most attention at the moment are bitcoin and Ether, while the others are still regarded warily. In 2014, PotCoin was launched out of Canada, with the aim of assisting those wishing to buy and sell legal marijuana out of Colorado. In June 2017, Potcoin sponsored a trip by former NBA star Dennis Rodman to North Korea (his fifth trip), with Rodman wearing a PotCoin T-shirt. The currency increased from US$0.11 to US$0.20 in one day. The stunt was dismissed by cryptocurrency investors, but it also points to the risks and confusion in the cryptocurrency market.

“Initially in the internet era you had thousands of companies fail, but the ecosystem flourished,” said Itai Damti, co-founder of Leverate, a services provider for forex firms. “That’s what will happen with a lot these cryptocurrencies.”

Like many of the companies that saw their dotcom bubble burst due to poor management, he wondered if these cryptocurrency companies can demonstrate good leadership. “People are going to lose a lot of money,” Damti said, which might not be a bad thing.

Which brings us to bitcoin, released in January 2009 with a white paper, and became the digital cash of the internet. Bitcoin challenged a number of common assumptions about money. It is anonymous, has near zero fees, is country agnostic, unregulated, has no inflation and is open. But it is finite, with lost coins impossible to replace. And it is also very volatile.

“Volatility is simply the financial realisation of uncertainty. There’s a lot of uncertainty regarding the future of bitcoin. It could be regulated or prohibited into oblivion. It could become the next gold standard. It could be replaced by more modern cryptocurrencies. Until we have a better idea whether this is truly the second coming of the internet, or a very clever Ponzi scheme, something in between or something else, we’ll keep witnessing massive price swings,” said Alexandre Beaulne, a former data scientist in the financial sector in Hong Kong who is now a cryptocurrency entrepreneur. He also pointed to a large schism in the bitcoin community regarding the issue of scalability, and about things like transaction fees and delays that users now experience. 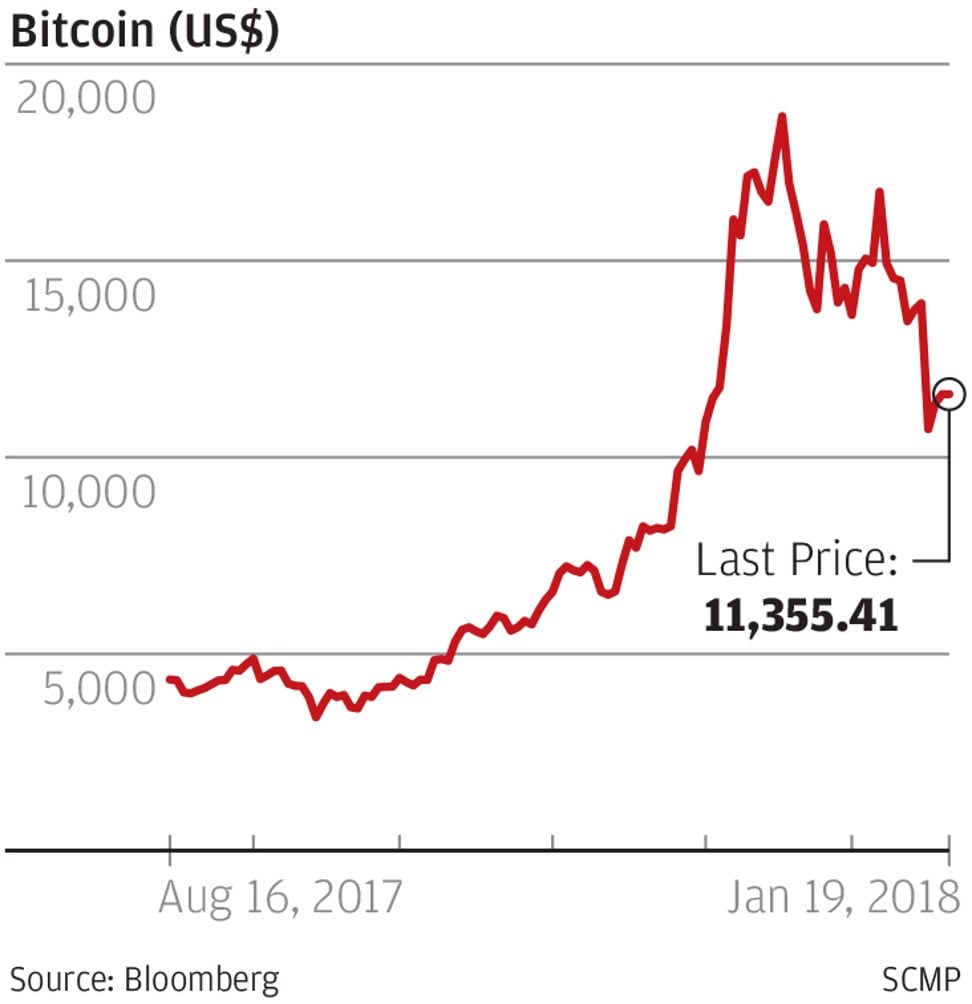 In June 2017, after a series of bearish reports by firms such as Goldman Sachs and Morgan Stanley, both bitcoin and Ethereum experienced massive drops in value, with Coinbase, a cryptocurrency exchange, going offline due to trading demand. More pessimistic investment analysts regard bitcoin and Ethereum as having little practical use, and therefore will be subject to non-stop volatility based solely on sentiment.

Last year, the Winklevoss twins’ proposal to create an ETF, the Winklevoss Bitcoin Trust (trading under the ticker name COIN) was rejected by the US Securities and Exchange Commission. The idea behind the ETF was to help investors buy bitcoin but shield them from extreme fluctuations.

But the SEC decided to prevent the proposed ETF, the Winklevoss Bitcoin Trust, from joining a stock exchange, citing “concerns about the potential for fraudulent or manipulative acts and practices” in bitcoin trading. 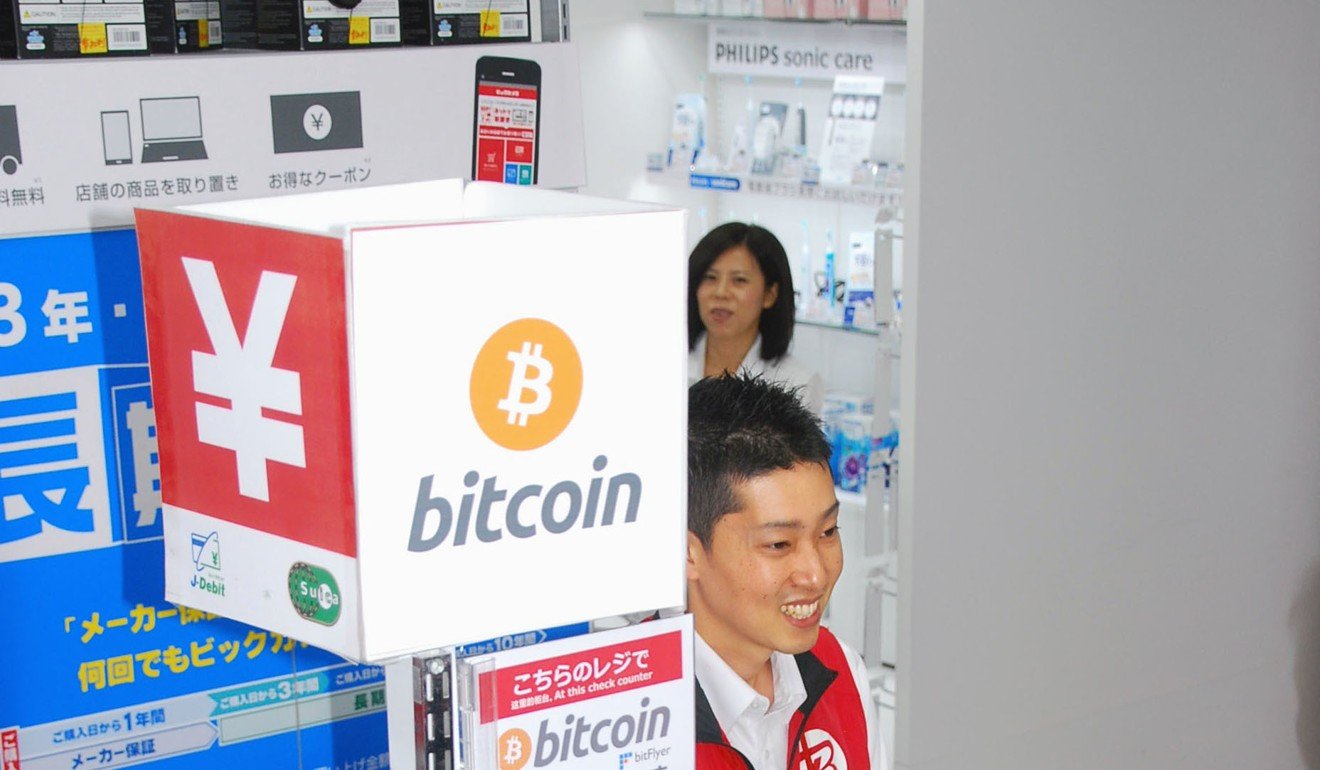 Despite this, Beaulne and others in the cryptocurrency game remain bullish.

“For a risk moderate, or even risk averse investor, it makes sense to invest a tiny portion into bitcoin. Bitcoin has been proven to work over the past eight years; it’s no longer an experiment,” said Leonhard Weese, president of the Bitcoin Association of Hong Kong. “It is, however, expected to be highly negatively correlated with other assets, such as stocks or bonds. If our financial system goes bust, bitcoin’s gains might compensate for the losses in other areas. It is also an excellent hedge against a collapse in the commodity or real estate market, or even the collapse of entire currencies”. Damti agreed it still pays to buy bitcoin, for a number of reasons. It’s still very new and has a lot to prove but has evolved from an esoteric invention to what it is today.

Damti believes there will be another correction in cryptocurrency just like the dotcom bubble, which ends up being good for the internet. “It would be much healthier for the public image of bitcoin for the price to settle and become a bit more stable,” he said.

Infographics: What is in your wallet? An illustrated guide to bitcoin 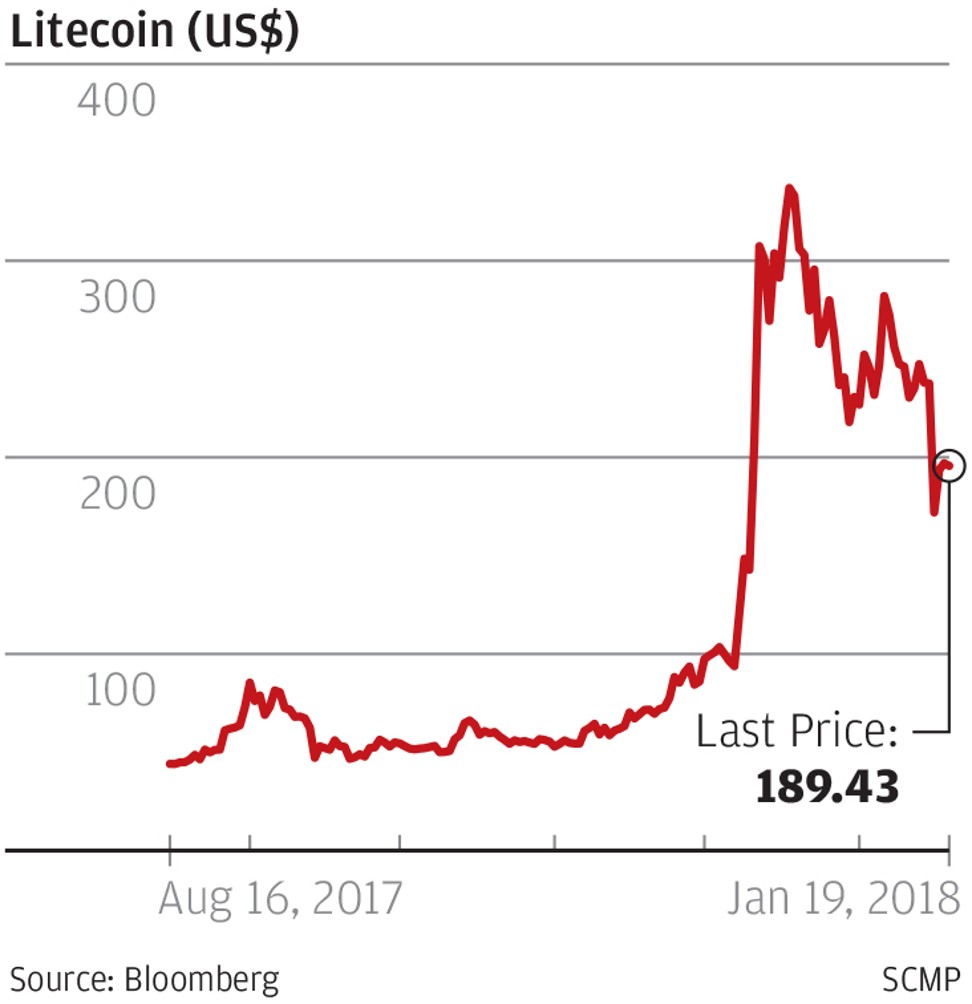 The most popular of these new blockchains is Ethereum, whose value token (currency) is called ether. Ether has also seen a meteoric rise. Jehan Chu, managing partner at Jen Advisors, a blockchain-focused early-stage venture capital and cryptocurrency fund, likens the difference between bitcoin and ether as to that of oil and gold. Whereas bitcoin primarily functions as a currency, ether is used to power applications on the Ethereum blockchain, like digital oil. Ether is used to power a number of different machines on the Ethererum platform, just as oil powers machines. (Ethererum is a general platform on which any application and code that you can imagine can be built. It’s a universal operating system. In essence it’s the peoples’ iOS.)

Flexibility and low transaction costs are among the benefits of working on Ethererum. “Sending money costs a great deal of money, and you can’t send 10 cents. With blockchain you can, with bitcoin you can, with Ethereum you can,” said Chu. “There are different types of value, not just financial value. Intellectual property value, content value even identity value. It’s a new paradigm on how information can be transferred..” 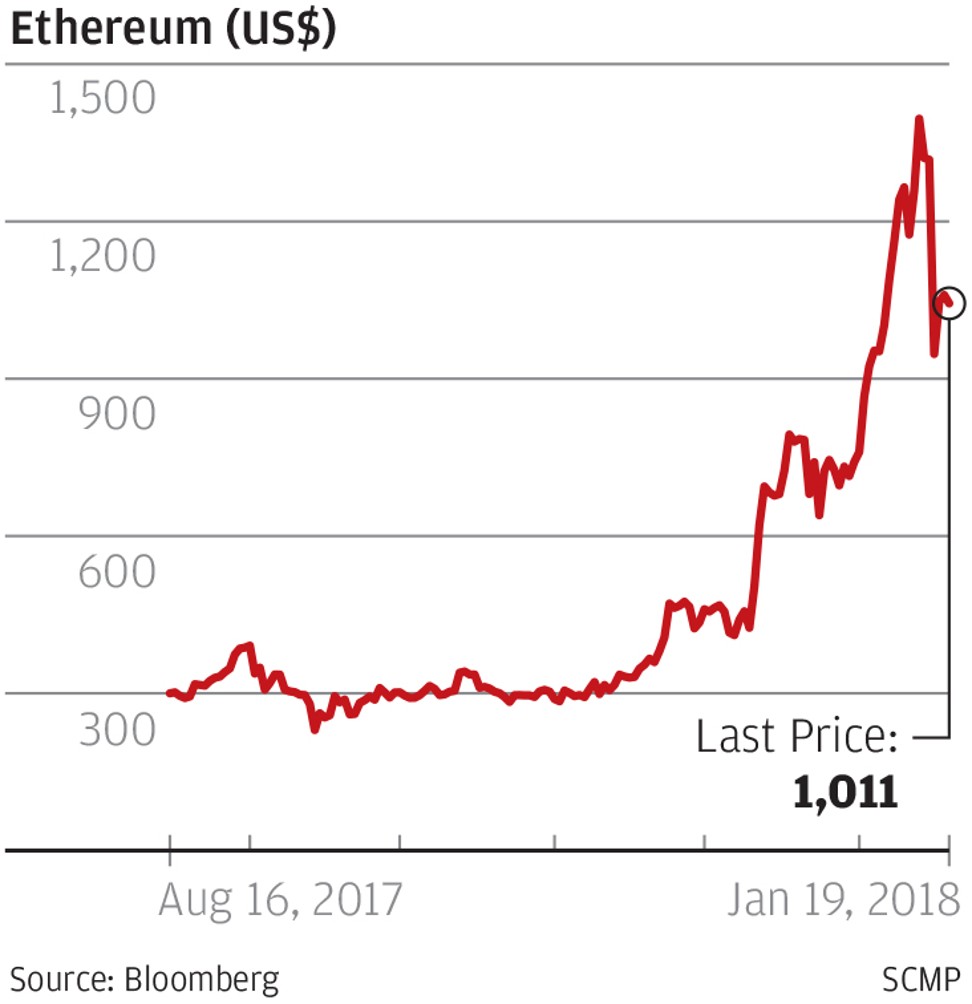 As with bitcoin, Ethereum is supposed to cut out middlemen on transactions, financial or otherwise. The excitement that Ethereum produces is palpable; “It’s the next level. It’s in the spirit of bitcoin, but with a bigger purpose. Take the concept of bitcoin and create a whole programming language on top of it with the ability of individuals to issue stocks or securities to each other,” said Damti.

There are other differences between bitcoin and Ethereum. The amount of bitcoin produced is limited while the Ethereum supply is unlimited. Ethereum has a much richer programming language that allows anyone to create codes to mine the currency, while bitcoin has programmes that are impossible to write. Bitcoin is better known and the community is larger. The Ethereum community is smaller with more developers and less speculators. In reality they’re not competitors, they coexist and solve different types of problems.

Bitcoin, Ethereum and their cousins have already found widespread acceptance in Asia. Japan and South Korea have taken big steps to increase bitcoin’s legitimacy, making it easier to trade, exchange and accept. Japan treats it like any other currency. Taiwan has also been very accepting. The People’s Bank of China is developing a digital currency and Singapore has published their digital currency trials.

All this activity has made the ecosystems around blockchain and cryptocurrencies “highly mature” in a short time, said Weese, who added that in Hong Kong, bitcoin is easy to buy, but regulated institutions are not allowed to deal with it. Banks here continuously block transfers and freeze accounts of exchanges and traders, meaning that the ecosystem is not as mature as its Asian counterparts, and a lot of trading is done with cash. 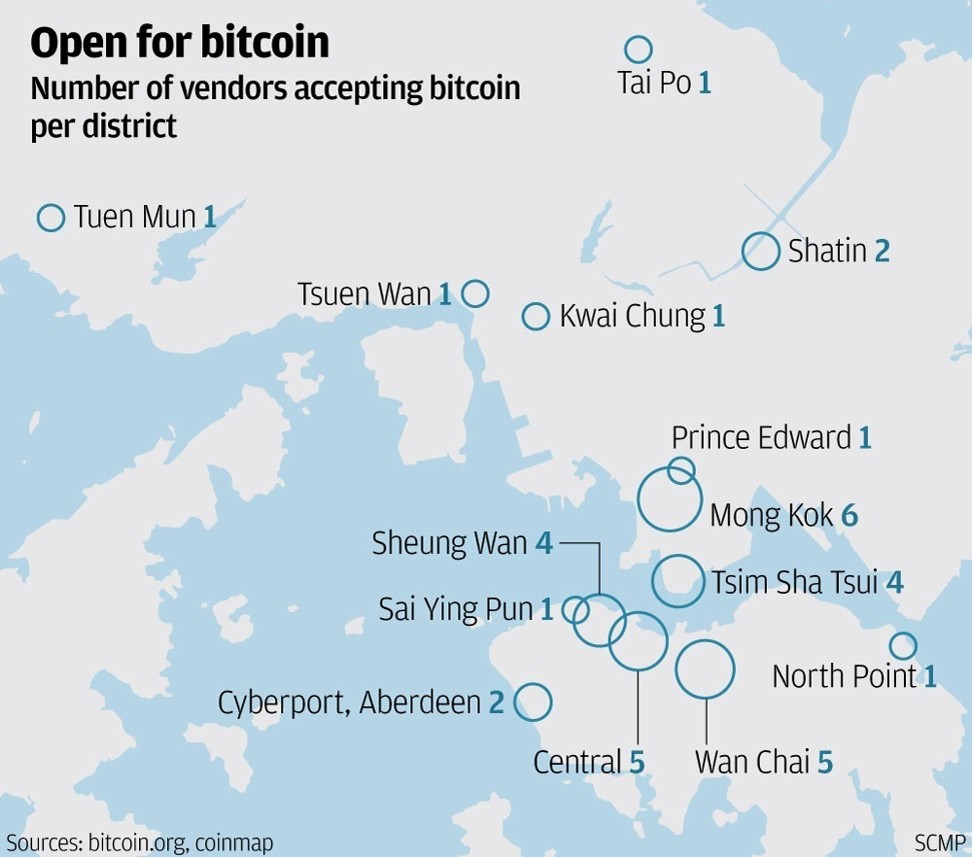 Hong Kong does have its advantages. “Rule of law, a high density of high level professional industries from banking and finance to supply chain and logistics – that density of industry lends itself well to blockchain,” said Chu. As an established traditional financial hub, Hong Kong is also uniquely positioned to be a bridge between new and old finance.

So where does that leave the average investor? “I think the risk for an investor right now is to not take a look at cryptocurrencies. The technology truly has the potential to revolutionise the economy as we know it,” said Beaulne. “It would therefore be irresponsible for an investor not to pay attention or dedicate a small fraction of its portfolio to cryptocurrencies. There is both a lot of uncertainty and irrational exuberance in cryptocurrencies at the moment, so it would also be irresponsible to proceed without caution.”

It seems that a bite-sized beginning in bitcoin might be the best way into these still-murky waters.

Previous Yes, mate! Caroline i kvartfinalen
Next All-male board only in seven top firms, SC says as women power up in 2018