and
Mark Prigg For Dailymail.com

A woman was filmed holding a replacement for her Samsung phone as it emitted plumes of smoke after the company recalled her Galaxy Note 7 because others had reported the model catching fire.

Dee Decasa from Honolulu, Hawaii, was sent the handset by Galaxy after a global recall of its Galaxy Note 7 in September.

She had been using the replacement for one day when it began sparking and emitting smoke in her hand.

Footage filmed inside the home she shares with her husband, Mel, showed the woman walking around with it in her hand, a cloud of smoke appearing around it.

Scroll down for video 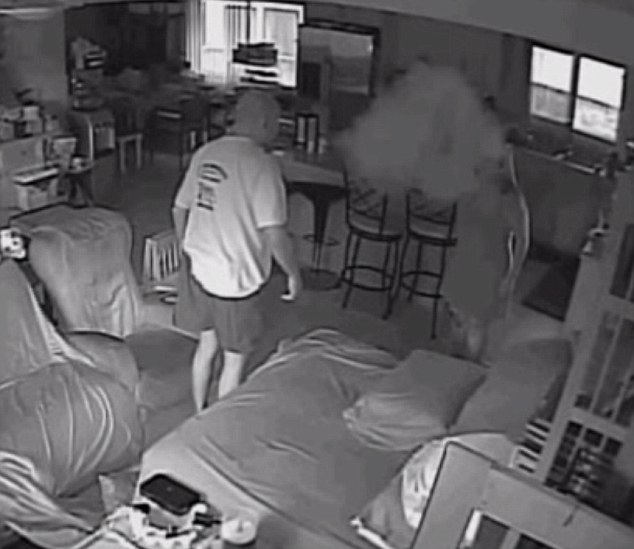 She was not hurt despite being seen to fall over after putting it in the kitchen.

Samsung has recalled the phones which were issued as intended safe replacements for the original batch of Note 7s which burst into flames when overheated.

Engineers have still not been able to identify what was causing the models to catch fire.

They earlier blamed the fires on a fault in the phones’ batteries.

‘We would have not taken this measure if it had looked like things could end so easily.

‘It will take more time than we expected’ to find the cause of the problems,’ Oh Yu-cheon, a senior official at the Korean Agency for Technology and Standards that oversees product recalls, said. 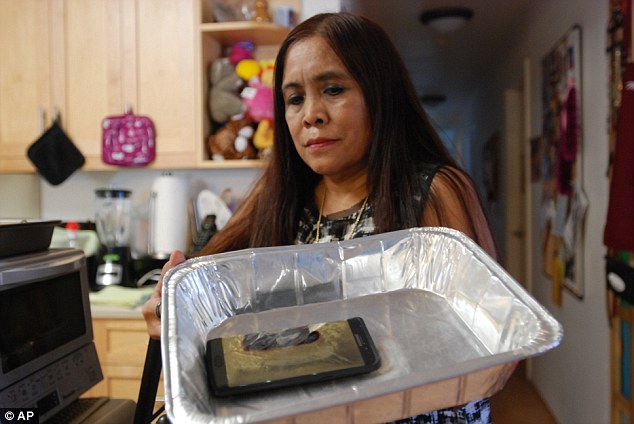 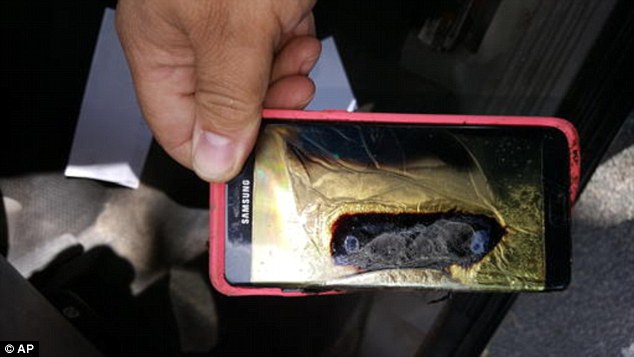 Since then there have been more than 90 separate reports of the phones exploding across the US. 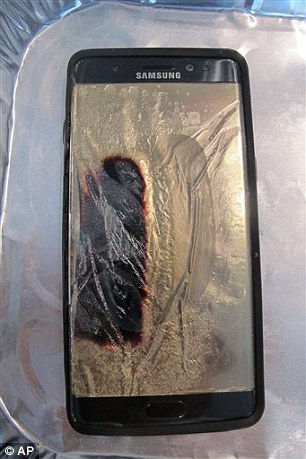 On Tuesday the technology company cancelled the line, a move which cost them $17billion.

Earlier this month, an independent lab posted images show a Samsung Galaxy Note 7 exploding into flames after pressure was applied to the lithium ion battery

However, the lab responsible for the test has since claims that ‘any phone’ would suffer the same fate if subjected to the test.

The photos emerged just a day after a replacement model reportedly began giving off smoke inside a plane.

The incident occurred on a Southwest Airlines flight to Baltimore from Louisville, Kentucky.

The test was carried out at the Applied Energy Hub battery laboratory in Singapore. 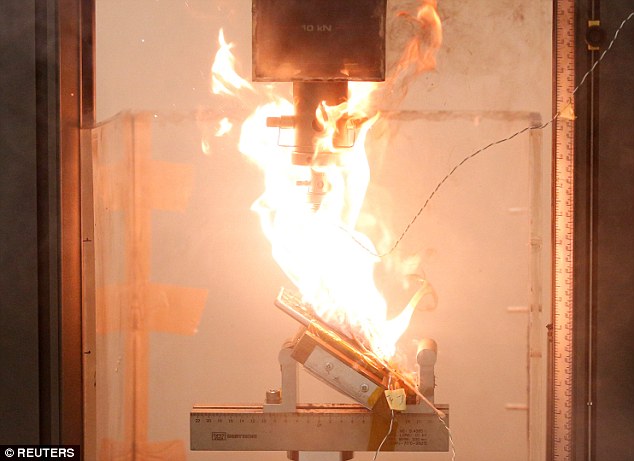 Images show a a Samsung Note 7 exploding as pressure is applied to its fully charged battery during a test at the Applied Energy Hub battery laboratory in Singapore. It is claimed the firm has been unable to find out exactly what causes the problem

WHY ARE LITHIUM BATTERIES SO DANGEROUS?

Lithium batteries are use in a range of consumer electronic devices, favored by manufacturers because they are lightweight and pack much more energy into a small space than other power cells.

But storing so much energy in a tiny space, with combustible components separated by ultra-thin walls, makes them susceptible to overheating if exposed to high temperatures, damage or flaws in manufacturing. 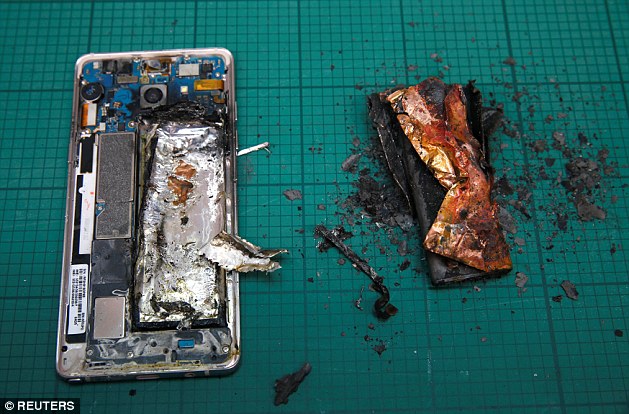 If the separators fail, a chemical reaction can quickly escalate out of control.

Koh Dong-jin, Samsung’s mobile president, told reporters in Seoul: ‘The flaw in the manufacturing process resulted in the negative electrodes and the positive electrodes coming together.’

It is unclear how Samsung failed to discover the battery problem before launching the Note 7.