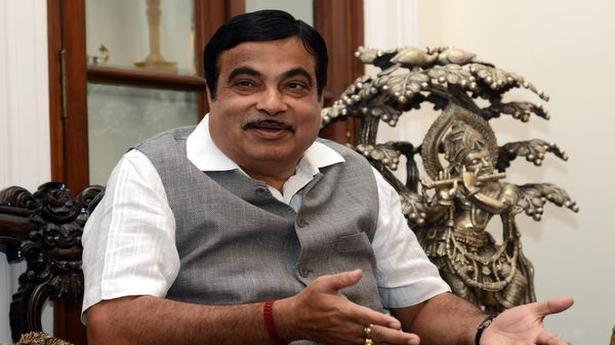 The work on the strategic Chabahar Port in Iran for which India will invest $500 million is progressing fast and the country has already formed a global port company there, Union Minister Nitin Gadkari said on Monday.

“We have already formed a global port company there [Chabahar Port],” he said at the launch of a roadshow for the National High Authority of India’s (NHAI) rupee denominated masala bonds here.

The Minister of road transport and highways stated that the work at Chabahar was progressing fast.

Mr. Gadkari had visited Tehran in May 2015 and both the nations had inked a pact to develop the Chabahar Port.

In August, Mr. Gadkari had said Iran had given “very good offers” to India to develop the integrated Chabahar Port, which has a special economic zone (SEZ).

Chabahar port, located in the Sistan-Balochistan province on the energy-rich Persian Gulf nation’s southern coast, lies outside the Persian Gulf and is easily accessed from India’s western coast, bypassing Pakistan.

As per the MoU signed between India and Iran in May last year, India is to equip and operate two berths in Chabahar Port Phase-I with capital investment of $85.21 million and annual revenue expenditure of $ 22.95 million on a ten year lease.

Ownership of equipment will be transferred to Iranian side on completion of 10-year period or for an extended period, based on mutual agreement.

Besides the bilateral pact to develop the Chabahar Port, for which India will invest $500 million, a trilateral agreement on Transport and Transit Corridor has also been signed by India, Afghanistan and Iran.

Mr. Gadkari also said India was keen on signing dollar-denominated borrowing for major ports as the country sees potential in this sector.

“Today, we have potential in ports sector, we have turnover of Rs 5,000 crore in dollars. We are in the mood to sign the agreement for borrowing for major ports,” he said.

He cited the successful experience of dollar-denominated borrowing in the past for port projects.

Likewise, once the approved NHAI International starts getting revenues in dollars, it would be easy to get into dollar-denominated borrowing as there would be no need to hedge risk for funds from international market, he said.

This would then create dollar-revenue for NHAI International and access to international borrowing, he said.

NHAI has approval to raise up to $750 million but this is a debut issue, said Rakshat Kapoor from Nomura investment banking team in India.

All proceeds will be for NHAI projects, he said.

The NHAI masala bond roadshow will continue in Hong Kong on April 26 and in London on May 8.

Masala bonds are rupee-denominated bonds issued outside India. They will be listed on exchanges in Singapore and London next month.