Political chaos, subzero interest rates and smartphone explosions may have rocked Asian equities in the last 12 months, but most markets in Asia are still in the black. Strategists predict growth in regional equity markets next year even with the same macroeconomic uncertainty stirring in the background.

Asian equities may see a short-term spike alongside US stocks due to public spending after President-elect Donald Trump enters office. However, strategists expect higher inflation and accelerated tightening after this, which coupled with a stronger dollar and potential US trade protectionism heightens risk in Asia. Within the region, China’s growth has stabilized since mid-2016 on infrastructure investments and is likely to continue even as the yuan depreciates.

“If you invested in the market at the beginning of 2016, closed your eyes and didn’t look at it the entire year, you would have thought it was a good year where global events such as the US elections and Brexit didn’t happen,” Arthur Kwong, head of Asia Pacific equities at BNP Paribas Investment Partners said in Hong Kong. The firm expects Asia’s growth rate to significantly outpace that of many global economies. 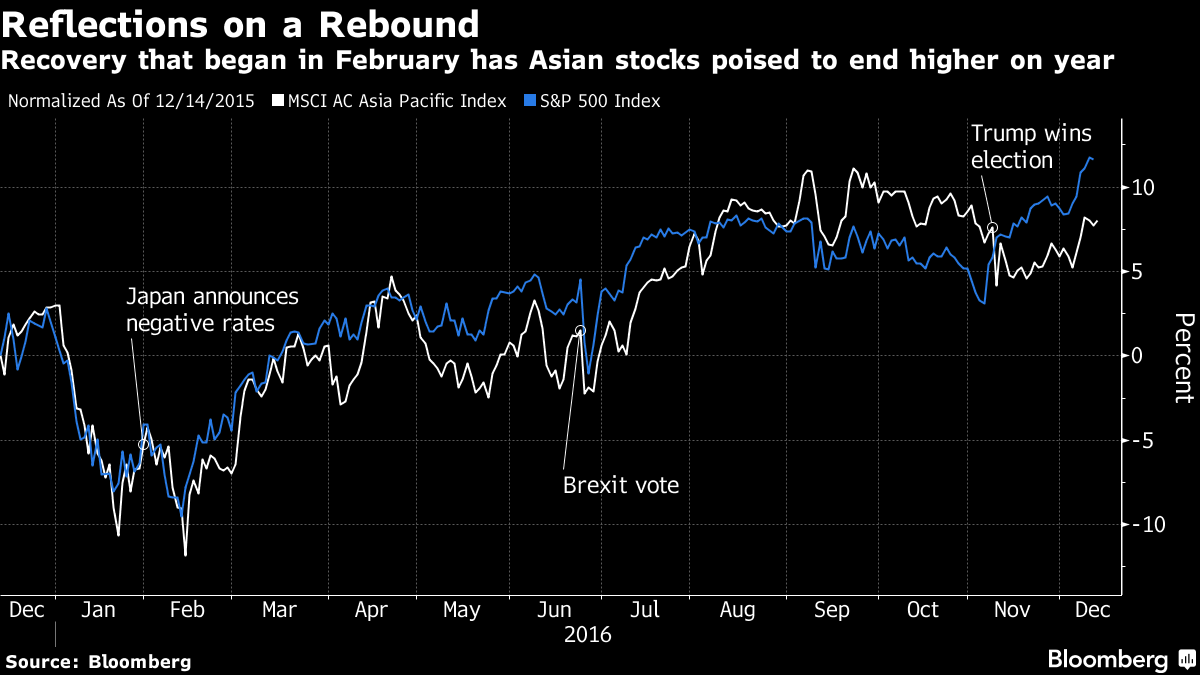 Listed below are median targets for benchmark indexes in major markets from Japan to India based on Bloomberg surveys. Separate calculations done by Bloomberg are based on analyst price targets of member stocks in the indexes. 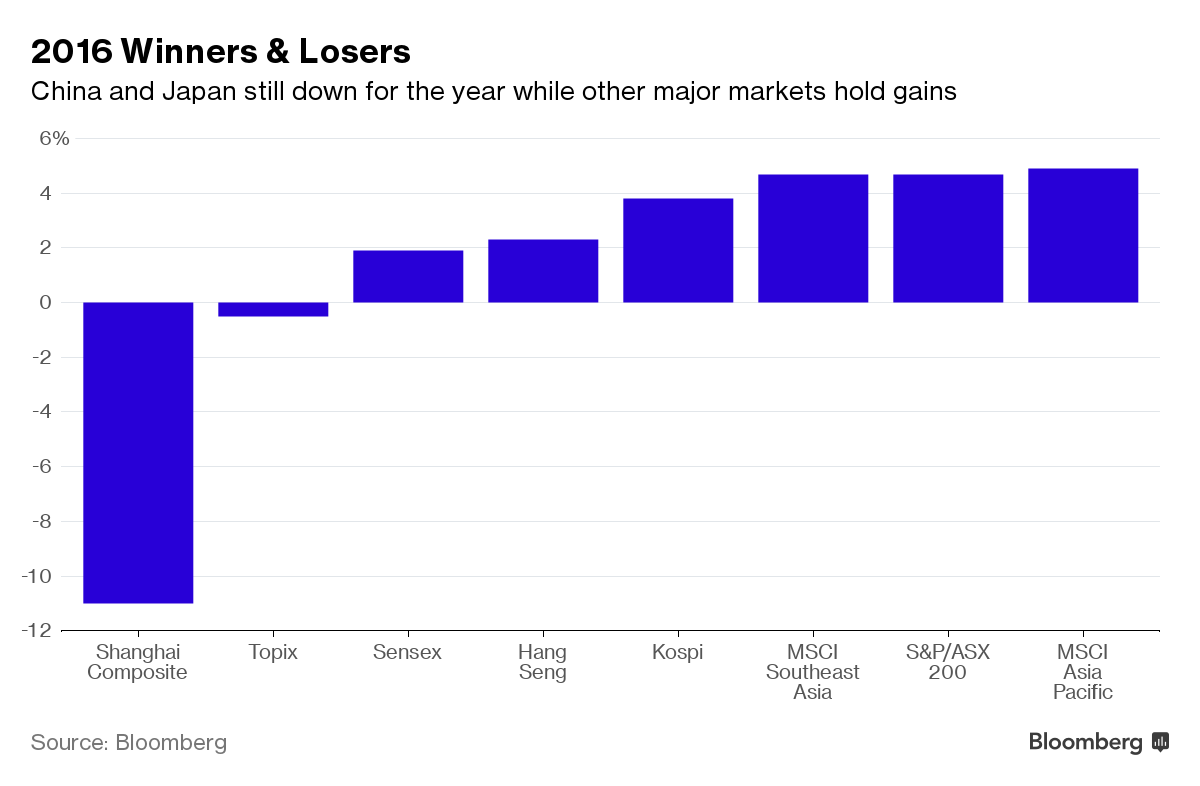