YOURSAY | ‘And don’t expect them to investigate double payments to IPIC.’

Johari must explain the US$3.51b already paid to IPIC 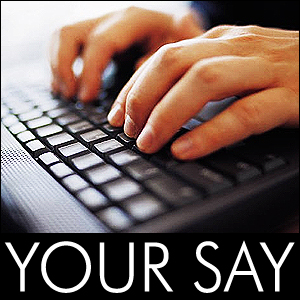 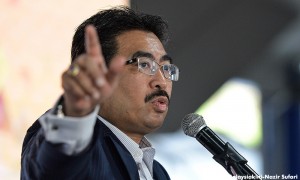 FellowMalaysian: Less than a year since his promotion by PM Najib Razak as the finance minister II, it is save for us to pronounce that Johari Abdul Ghani is just another of Najib’s puppet who make sweet glorious proclamations when they first arrive but has now scuttled back into their hiding holes at the first sign of danger.

Since June 16, 2016, 1MDB’s owner has been transferred from Prime Minister’s Office (PMO) to the Ministry of Finance (MOF) and Johari as the minister has every duty and responsibility to answer for the dealings of the country’s sovereign wealth fund.

Johari, we would like you to re-affirm your confidence and trust in the past dealings of 1MDB with Abu Dhabi’s International Petroleum Investment Company (IPIC) and its subsidiary, and tell us straight in our face that you will resign as the finance minister II should 1MDB be compelled to pay another US$3.51 billion to IPIC.

Kim Quek: I am amazed that BN leaders like Johari and Kulim–Bandar Baharu MP Abdul Aziz Sheikh Fadzir didn’t seem to realise that the US$3.51 billion purportedly paid to IPIC’s Aabar had gone completely astray into the pockets of swindlers via a fake Aabar.

More so, when the money trails of the alleged thefts have been fully detailed by the US Department of Justice (DOJ) in its suits in mid-2016, where recipients of such stolen funds have been categorically identified as Jho Low, Aabar’s jailed Khadem Qubaisi and Mohammed Husseiny, MO1 (Malaysian Official 1), Riza Aziz (Najib’s stepson), Jasmine Loo (of 1MDB) among others.

Now that MOF has indeed confirmed via the IPIC-1MDB/MOF settlement announcement that the US$3.51 billion had indeed gone astray, and the DOJ indictment statement has also remained unchallenged, what will these hitherto seemingly ignorant leaders do now?

Will they uphold the rule of law and demand full accountability for the massive 1MDB thefts?

Anonymous 2436471476414726: No wonder, the previous second finance minister (Ahmad Husni Hanadzlah) decided to quit. He must have known that had he stayed, he might have to tell lies after lies.

After boasting that 1MDB would win the arbitration, now he has to eat humble pie.

Anonymous #21828131: Simply put, these bullies are posturing before GE14 to tell the opposition not to go out of line come GE14.The double standards being applied is clear as daylight for the entire world to watch.

With the recent arbitration court’s decision to compensate IPIC, people start getting excited as if 1MDB has been cleared of all its charges as pointed by US DOJ and the Singapore courts.

As a matter of fact, it is an admission by the defaulters that something is really wrong with 1MDB and that the DOJ’s pursuit of justice against the alleged money launderers and embezzlers like Jho Low and his associates is a fact and that action must be taken against them.

As an elected representative Petaling Jaya Utara MP Tony Pua has a responsibility to the rakyat to expose these alleged thieves because to date no action has been taken against Low by our authorities and these alleged crooks are still enjoying their ill-gotten, illicit funds with no fear or remorse.

CQ Muar: How come the police are so quick in responding to so-called “malice” committed by opposition lawmakers, but not the other way around?

Why is PDRM (Royal Malaysian Police) so lopsided and unfair, acting only in favour of the ruling regime?

Aren’t they not supposed to abide by what is enshrined in the Federal Constitution that all citizens, regardless of rank, be treated equally and impartially, and they should remain fair to all citizens regardless of political inclinations?

Are there exceptions – that the PM is protected and immune from criticisms, etc? Curiously, will PDRM continue to act as such when there’s a change in government?

Anonymous 2436471476414726: Suing for defamation is a civil action. The police should not “interview” Pua despite that a police report has been made.

PDRM, you are expected to show impartiality and fairness and not dance to the tune of a certain personality.

Vijay47: Good show, inspector-general of police (IGP) Khalid Abu Bakar, I am glad to know that you are alive and well, eager to carry out your responsibilities.

I am sure that after this, you will be dragging the mufti of mufti Mohd Asri Zainul Abidin by the scruff of his neck to the police station.

I believe several reports were made against him. Forty, you say?

Hardboiled: The prime minister goes after a serving Malaysian MP over claims made in a video, and yet does nothing against international media who outright publishes that he is involved in the largest kleptocracy in the world.

No Fool: What sort of democratic country is Malaysia?

Prudent: Pua, be strong. Remember Nemo the fish who swam against the tide in order to tell the truth.

Anonymous 5: And yes, they won’t investigate double payments to IPIC.