Yuan slides against the dollar amid weaker oil prices 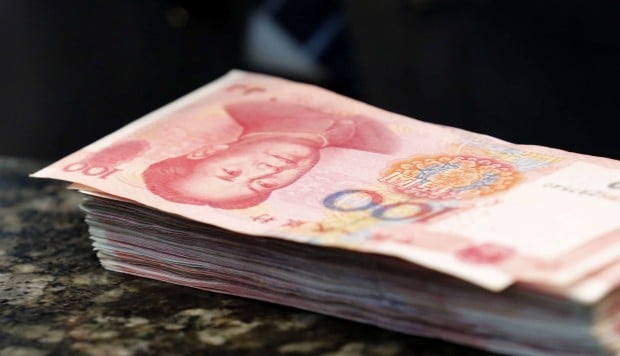 The yuan weakened on Monday even as the PBOC strengthened the official reference rate, as tumbling oil prices spurred dollar demand.

Onshore yuan in Shanghai traded at 6.4814 to the US dollar, 0.13 per cent or 85 basis points weaker from last Friday.

Stephen Innes, senior trader at OANDA Asia Pacific in Singapore, said the failure of any capping agreement in Sunday’s Doha crunch talks has hammered oil prices and led to a fairly negative sentiment across Asia today.

“The collapse of the oil production freeze summit has caused a wave of selling across the commodity block currencies at Monday’s open,” said Innes.

Oil prices were sharply lower in early Asian hours, after the world’s largest oil-producing countries failed to strike a deal to freeze output.

As of 10.10 am at Hong Kong time on Monday, West Texas Intermediate Crude Oil futures for May delivery, were down 4.56 per cent at $38.52 a barrel, paring a sharper 5.7 per cent drop in early morning trade.

Innes added the yuan was likely to trend lower in spite of assurances by top Chinese officials that a strong yuan policy was in place.

“It is likely that the PBOC’s aggressive stimulus measures are taking hold and this is reflecting in the Chinese economic data, causing surprise to the upside,” he said. “The knock-on effect is boosting investors’ concerns over fragile economic global growth.”