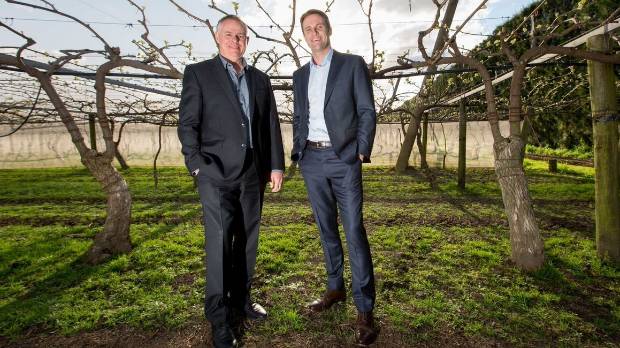 Zespri’s head of global sales and marketing based in Singapore, Dan Mathieson, has been appointed chief executive of the kiwifruit co-operative.

Mathieson, who has been with Zespri since 2003, replaces Lain Jager, who been CEO since 2008. Front runners for the top job had been Mathieson or chief operations officer Simon Limmer.

Mathieson, who takes over immediately, said he would divide his time between Singapore and Zespri’s head office at Mount Maunganui. “Delivering Zespri’s strategy means an increasing focus on our international markets, as we continue to increase demand ahead of supply and expand our 12-month supply business. As chief executive I will focus significantly on these elements so I will base myself between our head office in New Zealand and our sales and marketing hub in Singapore.”

Zespri Chairman Peter McBride said Mr Mathieson had an impressive track record over his 15 years with Zespri, with his most recent role as president of global sales & marketing.

“In his time leading our sales and marketing operations and offshore markets, Dan has successfully delivered a demand-led strategy, growing mature markets and diversifying into new markets. Our sales and marketing function has developed significantly under his leadership, with an increased focus on consumer insight, distributor and retailer relationships, and marketing excellence,” McBride said.

Mathieson said Zespri had a goal to increase global sales to $4.5 billion by 2025, from the $2.2b they are at present.

He said he realised the “huge importance” of working closely with New Zealand growers and industry leaders and would therefore spend substantial time in Mount Maunganui. About half of Zespri’s nearly 500 staff are based offshore.

McBride said Mathieson’s international sales and marketing background, together with deep knowledge of the industry and his ability to lead diverse groups of people, played in his favour.

“I would like to acknowledge the outstanding performance of Lain Jager as chief executive for the past nine years. His record speaks for itself, managing the challenges and opportunities of growth with volumes doubling under his leadership, alongside growing value for growers and shareholders,” McBride said.

Dan Mathieson joined Zespri Japan as a member of the operations team in 2003. He was promoted to operations manager for East Asia and in 2005 took over responsibility for Zespri Korea as market manager. In 2008 he was appointed market manager for the Southeast Asia region.

Mathieson, who grew up on the North Shore, speaks fluent Japanese. He and his wife have three children.