Boris Johnson: Britain must be able to agree its own deals

Jack Doyle for the Daily Mail

Boris Johnson last night sent a shot across the bows of Chancellor Philip Hammond as he argued Britain must as soon as possible begin agreeing its own free trade deals.

The Foreign Secretary said the transition period after we leave the EU – during which we cannot sign new trade deals with non-EU countries – should be ‘not too long’.

He made his comments as he marked the launch of a new Free Trade Institute by hailing Britain’s past as a world trading power. 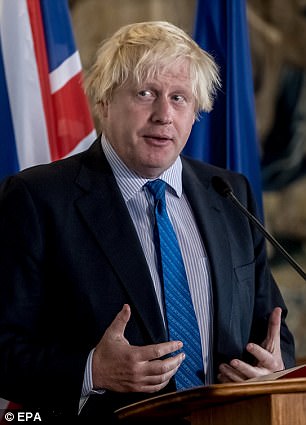 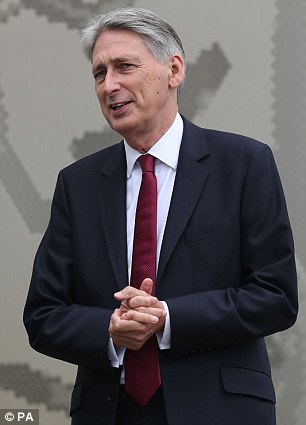 Boris Johnson argued Britain must as soon as possible begin agreeing its own free trade deals, something that may enrage Philip Hammond, who has called for a longer transition

In her Florence speech last week Theresa May said the transition period after 2019 – when we have left the bloc but will continue to follow many EU rules – would be ‘about’ two years.

Mr Hammond and other Cabinet ministers who backed Remain have enraged Eurosceptics by arguing for a longer transition. Business Secretary Greg Clark reportedly urged Mrs May to impose a five year transition – which would go beyond the next election.

At the launch event, which was held at the Foreign Office and attended by leading Brexiteers, Mr Johnson said: ‘It is only now, after 44 years, that we are finally taking back control of our tariffs and schedules in Geneva.

‘It is only now that the UK is able to resume its historic function as the world’s leading campaigner and agitator for free trade.

‘When you consider what we have done in the past, you can imagine what our brilliant companies are going to be able to do when they are finally unbound, unshackled, unleashed from the coils and toils of the common commercial policy.

‘We have an extraordinary future ahead of us. 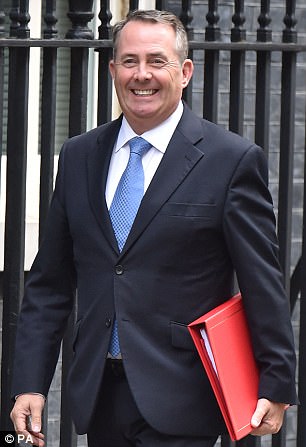 ‘Let’s hope the date is soon upon us without too long a transition period, n’est pas?’

Afterwards, Mr Johnson insisted he would not depart from the letter or spirit of Mrs May’s Florence speech.

At the launch, Trade Secretary Liam Fox attacked rich countries who have benefited from free trade but are now ‘pulling up the drawbridge’ – calling them ‘morally reprehensible’.

‘The OECD estimated at the end of 2010 that the G20 countries were running about 300 non-tariff barriers to trade.

‘In other words, the world’s wealthiest countries are the ones who are gradually silting up the trading system – those who themselves have benefited most from free trade are pulling up the drawbridge behind them.

‘That is not only economically stupid, that is morally reprehensible.’

He argued that unrestricted commerce is the ‘supreme instrument of poverty alleviation, conflict resolution and social justice’.

‘We aim to use Brexit as an opportunity, not just to open our markets, but to revitalise the world trading system, which has been more or less stalled since the mid-1990s.

‘It is not every day that a G7 economy gets to draw up an entirely new trade policy: an opportunity like this won’t come again.

He will add: ‘Britain is in an unfrozen moment: we have 18 months in which to draw up a new trade policy.

‘Either we shall take the opportunity to open our markets, in the way that Hong Kong and New Zealand have done; or we shall simply roll over most of our existing EU tariffs and quotas with the ambition of getting around to reducing them at some point in the future.

‘If we take the first course, or something close to it, we shall quickly find, as Hong Kong and New Zealand did, that almost no one wants to go back. If we take the second, we’ll have walked past one of the greatest opportunities that Brexit offers.’