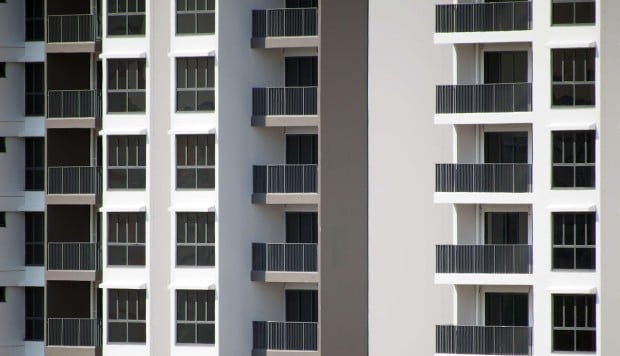 “When men stop believing in God they don’t believe in nothing. They believe in anything,” said G.K. Chesterton.

He was talking about modern man’s insipid focus on self leading to the belief that self is God and self-fulfilment is the path to the true and only heaven. Forget work ethics and virtues.

That must be the only way to explain how Hong Kong’ private real estate developers justify their practices.

There’s an Apple Daily video floating about on Facebook where two marketing executives from Chun Wo Development Holdings try to pitch the virtues of living in one of their newly built 120-to-170 square foot flats.

With straight faces, they earnestly explain and darkly assure that for a young person, living in a flat the size of a parking stall or prison cell is no different than staying with parents in a three-bedroom flat, because most young people actually prefer to sequester themselves in rooms with their computers.

All you really need in this world is a small room and a fast Wifi connection.

Imagine it as a nostalgic return to your college dorm lifestyle.

Property development is a simple business. You build what the market wants and what the government allows.

But it requires a pandemic abundance of denial by developers to sell these tiny flats as a “lifestyle revolution,” and by the government to allow such a travesty of peoples’ living standards.

The upcoming election for a new Chief Executive in Hong Kong is the ideal time to test the candidates’ commitment to enact policies to decisively change the government’s laissez faire real estate policies.

Instead of being a regulator, the Hong Kong government has over the decades simply colluded with private developers to create a high property price environment to sustain tax revenues.

The only way out of Hong Kong’s permanently high property prices and unliveable micro flats is for the government to play a larger and more aggressive role in controlling both the public and private property markets, much like the Singapore government does.

During the 80s and 90s the rivalry between Singapore and Hong Kong fuelled a long debate about which city was superior in business or lifestyle. You don’t see these stories anymore because Singapore has won.

For the average citizen, Singapore is the better and easier place to live in.

The Singapore government has done a better job housing and caring for its average citizens. Over the last 30 years, the Hong Kong housing market was run like a vast poker game where today the tycoons have won all the money on the table.

The Singapore government controls about 85% of its property market directly or indirectly. Private developers are subject to many restrictions such as apartment size (they can’t build micro flats and subdivide mercilessly).

More importantly, the Singapore government heavily subsidises 1,000-sq ft public flats to citizens. Private developers in Singapore aren’t allowed to operate like an independent, rogue power base like they do in Hong Kong, wreaking havoc on the economy and housing market.

Stabilising your citizenry through easy home ownership should be a national priority rather than a source of easy profits for developers.

Wails of apprehension from alarmist property owners block any simple reforms to prioritise home ownership to citizens ahead of investors.

The sales of private Hong Kong apartments should be restricted and prioritised for Hong Kong citizens or permanent residents.

Private flat ownership should be confined to individuals, while ownership by holding companies should be forbidden or controlled. A certain percentage of private flats could be allowed for foreign buyers. Local buyers would be granted first right of refusal to buy from foreign sellers. Then, foreign owners can sell to other foreigners.

Importing mainland Chinese buyers and capital was a devious strategy to benefit Hong Kong’s developers. But it has permanently distorted the market so that citizens can’t afford private housing and spawned a destabilising demagoguery that feeds on despair.

Confining measures to public housing or trying to find more raw land is ineffective because it doesn’t cover enough of the entire market.

Drastic and restrictive policies don’t require much innovation, only the willingness of government officials to withstand the howls of threats and protests from the property and corporate sectors.

Peter Guy is a financial writer and former international banker.