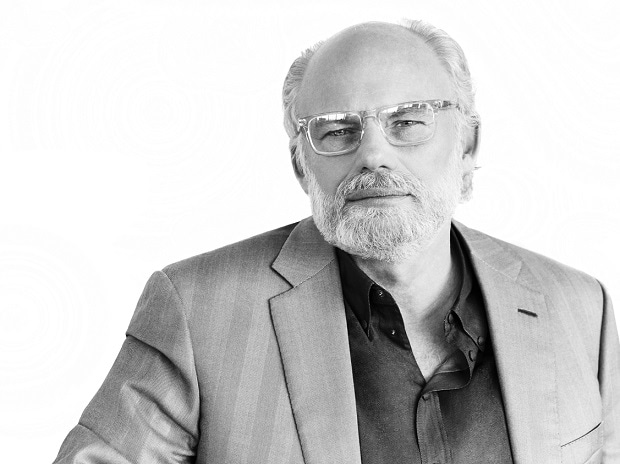 Bowen, who has worked earlier at Y&R and Ogilvy & Mather, is considered one of the sharpest minds in the business

Earlier this year when American value retailer JC Penney released its ad campaign ‘Get Your Penney’s Worth’ in the US, consumers sat up and took notice of it. Not only was the word play interesting and clever, ad agency McGarry Bowen, which had been handed over duties of the brand in 2015, had also played up its value-for-money proposition well. McGarry Bowen has opened shop in India after the Bengaluru-based ad agency Happy Creative Services was bought over by Dentsu two months ago.  Founded in 2002 by American ad industry veterans John McGarry, Gordon Bowen and Stewart Owen, McGarry Bowen was acquired by Japanese advertising major Dentsu eight years ago.

While Owen retired in 2013 and McGarry moved away from day-to-day operations a year before, the only remaining founder who continues to be active at the agency is Bowen. As chairman and chief creative officer, Bowen, who has worked earlier at Y&R and Ogilvy & Mather, is considered one of the sharpest minds in the business. At McGarry Bowen, he drives advertising for brands such as Intel, Mondelez, Walt Disney and Procter & Gamble among others. Down-to-earth and unassuming, Bowen is honest about what he feels clients expect of him and his agency. “We are in the service business. And the client has to be at the centre of the work we produce,” he says. On his first trip to India following the acquisition, Bowen tells Viveat Susan Pinto that he is here to get a first-hand feel of the agency, rebranded as Happy McGarry Bowen, its clients and people.

How would you describe your trip to India?

It was a trip that I was looking forward to. India is a huge market, not only in terms of its population and size, but also in terms of its culture and people. There are so many Indias within one India, which makes it an exciting place to be and also a market that has enormous potential. It was important as an agency for us to be here. We represent many multinational clients, who are either in India or aspire to be in India. So there was no question of if, we had to be here. And with the agency having set up shop here with Happy, I couldn’t resist not coming here.

Will McGarry Bowen continue its aggressive expansion into international markets? And what are the new ones?

There are a few more in the pipeline, but I cannot give you their names for competitive reasons. While we’ve stepped outside the US into markets such as Shanghai, Sao Paulo, Mexico City, London, Amsterdam, Singapore, Hong Kong and now India, the plan is to not aggressively expand into multiple cities and locations. We want to create robust offices in our existing markets and the few more we propose to target in the future.

While you were talking to other agencies for your India foray, what drew you to Happy?

These guys were closest to us in terms of culture and fit. We are a founder agency. Happy is a founder agency. The presentation they made convinced me that I would like to partner with them. They were my first choice. Having said that, I see our relationship as a two-way traffic, where they can brief us about clients with global aspirations coming out of India and we can about clients originating from abroad who we’ve worked with and know well. I see this as an interesting partnership, a collaboration that has the potential to grow in the future.

How much of a threat is Silicon Valley to Madison Avenue or for that matter any traditional ad agency in the US or outside of it?

It is a huge threat if we don’t change. But it is a huge opportunity if we can. What Silicon Valley can learn from Madison Avenue is the latter’s tendency to place the client at the centre of their universe. Clients do not hire us to win awards, but to service their business. What Madison Avenue can learn from Silicon Valley is the latter’s tendency to identify and shape consumer trends. Technology is all about that. As agency people managing our clients’ businesses that is an important quality to have and something that can help us survive the ups and down of the economy.

How much do you subscribe to the debate that independent agencies lose their independent-ness post acquisition by a large group or network?

It’s an interesting question and I know that much water has flown under the bridge over it. But my views are simple. I don’t think the question is about being independent, but how you can retain the spirit of entrepreneurship even as you expand and give yourself the opportunity to service large, multinational clients in different markets or across skill-sets. There are strengths that a large network brings and there are strengths that an independent shop brings to the table. If the strengths marry that would be the ideal situation.

Why I retired from tennis – Ana Ivanovic