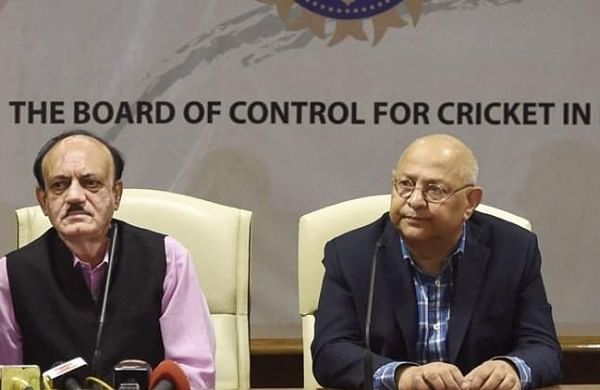 CHENNAI: Committee of Administrators (CoA) had wanted BCCI to conduct a special general body (SGM) meeting with regards to finalising the Future Tours Programme (FTP), before an ICC workshop scheduled to take place in Singapore on December 7-8.

Instead, the SGM will take place on December 11, and BCCI CEO Rahul Johri will apprise members of the FTP plan designed by him and discussed at the workshop before the general body of BCCI clears the plan.

On Tuesday, BCCI finally released an official statement confirming the date, though it didn’t mention the agenda of the meeting. The two points for discussion include the FTP and the compensation money that BCCI owes to Kochi Tuskers Kerala for terminating their contract in 2011.

The franchise has maintained that it is eager to get back into the IPL, but with the recently-concluded governing council meeting opposing an increase in teams, BCCI now has to take a call whether it can add one more team or pay Rs 1,500 crore.

But the bigger topic of discussion is the FTP. BCCI is likely to inform the ICC that the six members it would like to face in the proposed ICC Test Championship starting from 2019-21 are Australia, England, South Africa, New Zealand, Bangladesh and Sri Lanka.

But, before deciding on which teams India will face overseas, BCCI will also take note of how to protect the interest of its host broadcaster. It is understood that in case India plays Australia, England and South Africa, it would deny its broadcaster marquee series.

As it stands, Cricket Australia has already struck a deal with Sony ESPN for all cricket events in Down Under for six years, and New Zealand is with Star Sports network. As of now, there are no takers in the Indian market for cricket from England, and there is a strong possibility that Sony will bid for it as Star Sports has already bagged IPL rights for a five-year period for a whopping Rs 1,600 crore.

If the FTP doesn’t include any marquee series in India, then BCCI could potentially see a loss in revenue when their deal with Star Sports expires in 2018.

“If the FTP doesn’t have any big series in India, then none of the interested parties will put forth a bid that will satisfy the BCCI. The rates may come down considerably, and we want to avoid that. So even if BCCI signs an agreement in the meeting in Singapore, and if the general body doesn’t find any merit, it can always change it,” an official in know of things revealed.