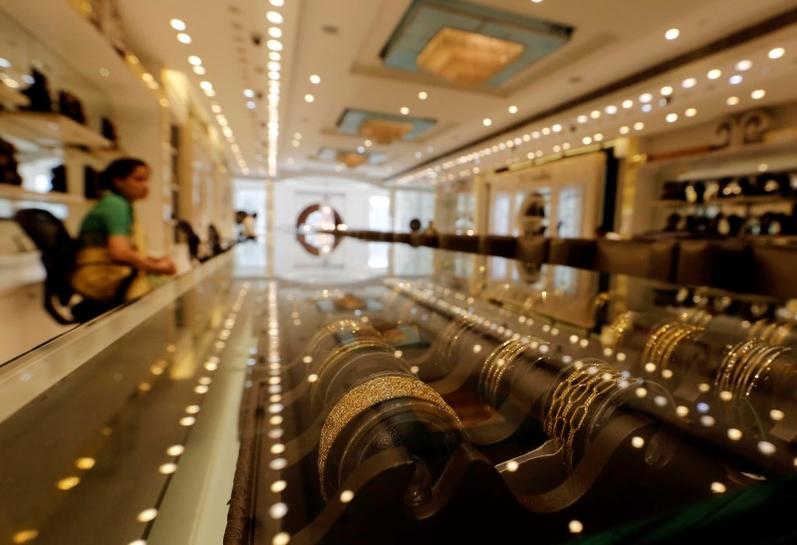 SINGAPORE Gold fell from a three-week high on Wednesday as the dollar regained some ground from the yen and Asian equities traded near 2016 highs, denting the metal’s safe-haven appeal.

“Gold is tracking the dollar-yen move, but there is still some upside,” said a Sydney-based bullion trader. “There are enough concerns about the economy and the timing of U.S. rate hikes to support gold at these levels.”

For the time being, however, gold might see some technical resistance.

“It certainly seems like $1,260 is going to be fairly stiff resistance for the time being, with no less than five attempts to break and hold above there over the course of yesterday,” said MKS Group trader Alex Thorndike.

“At this juncture we feel the yellow metal may pause for now and potentially retrace somewhat. $1,240-45 should provide decent support, while $1,260-63 looks a decent barrier for now.”

Gold had its best quarter in 30 years in the three months to March, with the dollar on the back foot as investors scaled back expectations of rate hikes by the Federal Reserve. The dollar has shed over 4 percent versus a basket of currencies this year.

Fed policymakers signalled in December that four hikes would probably be needed this year, though they cut their view in March to two rate increases for 2016.

Markets are factoring in only one rate hike. But comments from two Fed officials on Tuesday added to the uncertainty.

The Fed could reasonably raise interest rates two or three times this year, San Francisco Fed President John Williams said, adding that he does not expect much market turmoil when it does.

The Fed will likely have to raise interest rate around four times this year, Richmond Fed President Jeffrey Lacker said on Tuesday.

(Reporting by A. Ananthalakshmi; Editing by Himani Sarkar and Subhranshu Sahu)