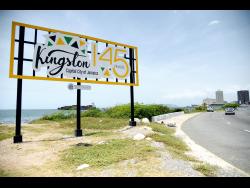 Jamaica now ranks as the most competitive island in the Caribbean following its improved ranking in the Global Competitiveness Report 2017-18 released this week.

Switzerland, United States, Singapore, The Netherlands and Germany are the most competitive countries in the world.

Jamaica improved five spots from 75 to 70, according to the report published by the World Economic Forum, due to improved access to health and primary school education as well as improved financial markets and labour efficiency. It’s the sixth straight year of improvement for Jamaica.

The five most problematic factors for doing business in Jamaica were listed as crime and theft, followed by taxes, corruption, access to financing, inefficient government bureaucracy and poor work ethic among the national labour force.

The theme of this year’s report compares advancements in competitiveness 10 years after the global financial crisis.

The report measures 12 criteria. Jamaica’s lowest subranking was in the category of small market size at 116. Its macroeconomic performance was also low at 111, while it landed at 90 in the area of higher education and training.

In the overall standings, Barbados, which stood at 72 in the previous report, was not included in this year’s rankings. Consequently, Jamaica ranked as the highest in the Caribbean country at 70, Trinidad & Tobago at 83, Dominican Republic at 104, and Haiti at 128.

Jamaica’s performance has vacillated over a

10-year span of competitiveness reports. Specifically, it ranked 67 in the world in 2006-07 and continuously nosedived to 107 among 142 countries in the 2011-12 report. The following year, it broke the streak to weigh in at 97 and has continuously improved since then, largely coinciding with periods in which the country has been working with the International Monetary Fund (IMF) to reform the economy.

In its broad take on global improvements, the report states that: “Ten years on from the global financial crisis, the prospects for a sustained economic recovery remain at risk due to a widespread failure on the part of leaders and policymakers to put in place reforms necessary to underpin competitiveness and bring about much-needed increases in productivity.”

The World Economic Forum report indicated that after two years of recession in many countries in the region, Latin America and the Caribbean reported growth in GDP by 1.1 per cent on average in 2017, citing IMF data.

“After being hit hard by the end of the commodity boom and seeing exports plummet, current account deficits soar, and government revenues contract, the region is slowly adjusting to new international conditions,” the report stated, adding that the fall in commodity prices and the deterioration of terms of trade led to sharp depreciation of the major currencies in the region.

“Many believed that the exchange rate would serve as an automatic stabiliser and help boost new export sectors that would reignite growth. This effect was not strong enough to meet expectations and it failed to prevent the steep drop in growth. The slow response of exports revealed the competitiveness challenges in the region,” the report added.