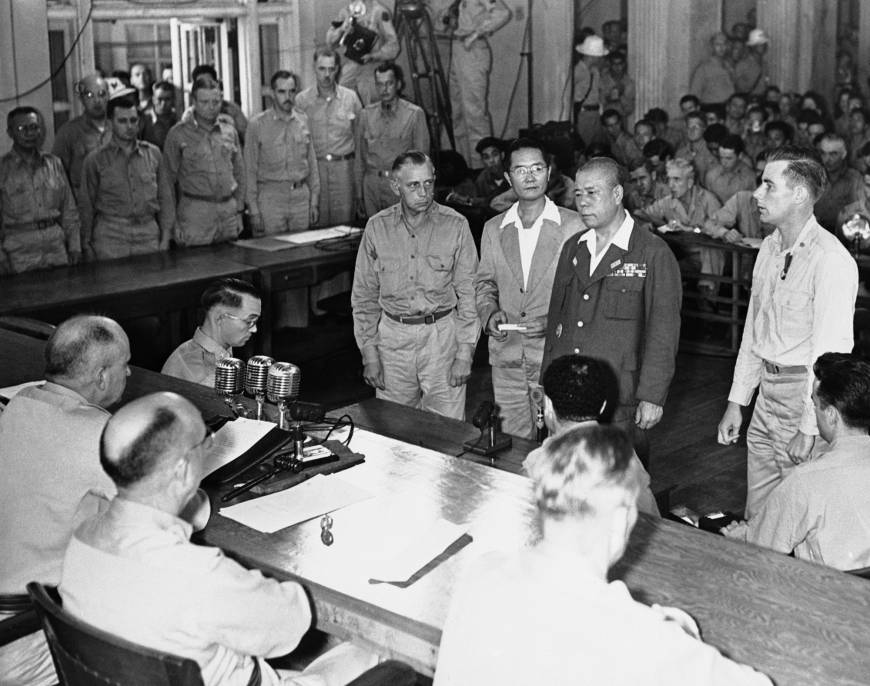 Having written about the treatment of foreign nationals under Japan’s legal system, it only seems fair to see how Japanese have fared in my country of birth. Here are the stories of Japanese people who fate and, more often than not, citizenship brought before America’s highest court. Depressingly, many are steeped in xenophobic exclusionism that seems depressingly familiar from current events.

In 1891 Congress passed an Immigration Act creating an immigration bureaucracy and expanding the categories of excludable aliens to include persons likely to become “public charges.” Ekiu Nishimura was a Japanese woman who arrived in San Francisco the same year. Alone, she had $22 and a passport indicating she was traveling with her husband. She said he was already in America and was supposed to meet her.

California’s Immigration Commissioner denied her entry and had her detained pending availability of a ship to return her to Japan. A habeas corpus petition was filed on her behalf challenging her denial of entry and asserting her detention lacked due process. She lost, and on appeal the Supreme Court confirmed a longstanding basic principle of international law: that nations are free to decide whether or not to allow aliens to enter their borders. It also held that since Congress had granted the executive branch authority to make such decisions, a nonresident alien like Nishimura had no constitutional right to have them reviewed by a court (Nishimura v. United States, 1892).

A decade later, 16-year-old Kaoru Yamataya arrived in Seattle. She was allowed to land but a few days later immigration authorities decided she was a pauper and ordered her deported. On appeal, the Supreme Court cited Nishimura’s case to affirm the broad discretion of immigration officials to make decisions regarding admissibility.

In Yamataya’s case, however, having initially been allowed to land, the court found the Constitution required some due process be offered before deportation. This did not need to be a judicial proceeding, though, and the court deemed that the requirement had been satisfied by the investigation conducted by immigration, even though it was conducted in English, which Yamataya did not understand.

Yamataya v. Fisher (1903) nonetheless came to stand for the proposition that despite the broad discretionary authority over immigration matters granted to the president, basic constitutional due-process requirements still applied to deprivations of liberty in this context. In February 2017 it was cited by the 9th Circuit Court of Appeals to support its rejection of the Trump administration’s “emergency” travel ban directed at citizens of primarily Muslim nations.

This article will not dwell on Fred Korematsu, Gordon Hirabayashi and Minoru Yasui, who brought what became the trio of rulings affirming the wartime internment of persons of Japanese heritage. All three were born in the U.S. and were thus unequivocally Americans. (In Yasui’s case, the trial court decided he had lost his U.S. citizenship by briefly working for the Japanese consulate in Chicago. Since citizenship stopped being a bar to locking Americans up on racial grounds, whether this determination was correct became moot.)

By contrast, for first-generation immigrants from Japan, U.S. law proved an almost insurmountable hurdle to citizenship. America’s first law on naturalization — passed in 1790 — limited the privilege to “free whites.” After passage of the 14th Amendment, this was extended to include those of African descent.

Takao Ozawa applied to be naturalized as a U.S. citizen in 1915, after 20 years of life in the country. Rejected, he sued, though not directly challenging the racial distinctions in the naturalization law. Instead, he argued that “free whites” included people of Asian descent because the drafters of the 1790 law had intended the term to exclude only blacks from citizenship through naturalization, rather than to limit it to only whites.

The Supreme Court rejected this argument, and if you ever want to see the intellectual vacuity of trying to use “race” (or, while we are at it, religion) as a basis for regulation, its judgment in Ozawa v. U.S. (1922) is a prime example of a particularly depressing strain of American jurisprudence (“The effect of the conclusion that the words ‘white person’ means a Caucasian is not to establish a sharp line of demarcation between those who are entitled and those who are not entitled to naturalization, but rather a zone of more or less debatable ground outside of which, upon the one hand, are those clearly eligible, and outside of which, upon the other hand, are those clearly ineligible for citizenship. Individual cases falling within this zone must be determined as they arise,” etc., etc.).

The same day, the court also decided Yamashita v. Hinkle, the case concerning Takuji Yamashita. An immigrant from Shikoku, despite graduating from law school and passing the Washington state bar exam, he was not allowed to become a lawyer or acquire land, both on the grounds of his foreign citizenship. The Supreme Court denied his appeal on the same grounds as it did for Ozawa: race. Interned during the war, Yamashita returned to Japan after it was over.

Racism also permeates Toyota v. U.S. (1925). America’s exclusionary rules on naturalization did contain an exception for aliens who served in the U.S. military. Hidemitsu Toyota went to the United States in 1913 and immediately joined the coast guard, serving for a decade. In 1921 he was granted a certificate of naturalization based on this service, but it was subsequently taken away on the grounds he had not been eligible in the first place. The Supreme Court found the military service exception was intended to benefit Filipinos, who lived in their own legal limbo as colonial subjects of the United States.

Torao Takahashi presents an exception to this line of horrible precedents. He successfully challenged California’s 1945 refusal to give him a commercial fishing license because of his Japanese nationality. Having already ratified depriving Japanese-Americans of their freedom, property and livelihoods, the Supreme Court suddenly found discrimination in the grant of trawling permits beyond the pale. Or perhaps by 1948, when Takahashi v. Fish and Game Commission was decided, the war was far enough in the past that the Constitution could matter again.

Lt. Gen. Tomoyuki Yamashita achieved fame for his lightning conquest of Malaya and Singapore early in the war. In 1944 he was charged with the impossible task of defending the Philippines from overwhelming U.S. forces. During this doomed struggle, some Japanese soldiers ran rampant, committing rape, murder and other mayhem against civilians.

In the fall of 1945, Yamashita was sentenced to death by a hastily convened military tribunal in Manila on the grounds of “command responsibility” for these atrocities. His U.S. military lawyers rigorously contested the fairness of these proceedings, which predictably found him criminally guilty of failure to know what his troops were doing in the chaos of defeat.

The U.S. Supreme Court rejected his appeal with similar haste: the case, known as In re Yamashita, was decided in February 1946, though with powerful, principled dissents from two justices who decried both the procedural deficiencies of the shoddy trial that resulted in the conviction and the substance on which it was based. According to Justice Wiley Blount Rutledge: “This trial is unprecedented in our history. Never before have we tried and convicted an enemy general for action taken during hostilities or otherwise in the course of military operations or duty. Much less have we condemned one for failing to take action.”

What became the “Yamashita standard” of criminal responsibility for war crimes by uniformed subordinates did not apply to U.S. Capt. Ernest Medina, who was court-martialed as commander of the unit that committed the 1968 My Lai Massacre but acquitted by a military jury after an hour of deliberation.

One of the great things America’s founding fathers did was define treason in the Constitution. Thanks to them, though the label “traitor” gets thrown about all too easily, treason is a very hard crime to prosecute.

In fact, the last instance of a person actually being convicted of it involved a Japanese-U.S. dual national, Tomoya Kawakita. Born in California to Japanese parents in 1921, he went to Japan in 1939 and attended Meiji University. By the time he graduated, the war had started and he worked for a Japanese mining company using American POWs as slave labor.

In his role as an interpreter, he participated in all types of abuse against them. After the war he was tried for treason and sentenced to death. He appealed on a number of grounds, including that by registering a Japanese koseki (family registry) in 1943, he had abandoned his U.S. citizenship. The Supreme Court affirmed his conviction in Kawakita v. U.S. (1952), finding that he had retained his U.S. citizenship and that his dual nationality did not absolve him of culpability for treason. President Dwight D. Eisenhower commuted his sentence to life imprisonment and the following decade President John F. Kennedy released him from prison on the condition that he go to Japan and never return.

With the war safely in the past, things get a bit dull. In Kawashima v. Holder (2012), an immigrant couple — Mr. and Mrs. Kawashima — found themselves in the unfortunate position of testing whether felony tax fraud involving their Japanese restaurant in California was a deportable offense. (Answer: yes. Coming a decade after they pleaded guilty and paid everything, the deportation proceedings must have seemed terribly mean-spirited.)

Last one: Koichi Taniguchi was an ex-Yomiuri Giants pitcher who “slipped and fell” at a Saipan resort hotel. He presented endorsement contracts with Japanese companies worth ¥1 million a year that his “injuries” had allegedly required him to cancel. In depositions he admitted the contracts were signed after the accident.

His case never got to a jury and he was ordered to pay the fees incurred by the defendant in having the bogus contracts translated from Japanese to English (my fees; by a quirk of fate I was the translator — don’t worry, I got paid). However, the federal statute under which the judge did this only mentioned “interpreter fees.” In Taniguchi v. Kan Pacific (2012), the Supreme Court thus devoted valuable docket time to deciding whether “interpreter” included “translator” (answer: no — a pyrrhic victory for Taniguchi).

Unreported in the court’s opinion is that the president of the Japanese company employing Taniguchi at the time of his accident and which also signed one of the contracts (and subsequently went bankrupt) was arrested in Saipan a few months before the case was brought for threatening to throw someone off a cliff over a soured investment. Somebody needed money, though perhaps not Taniguchi.

Colin P.A. Jones is a professor at Doshisha Law School in Kyoto. The views expressed are those of the author alone.

Previous Wirtschaftsministerium will deutsche Start-ups in Asien fördern
Next CBI arrests four for cheating banks to the tune of Rs 2,240 crore