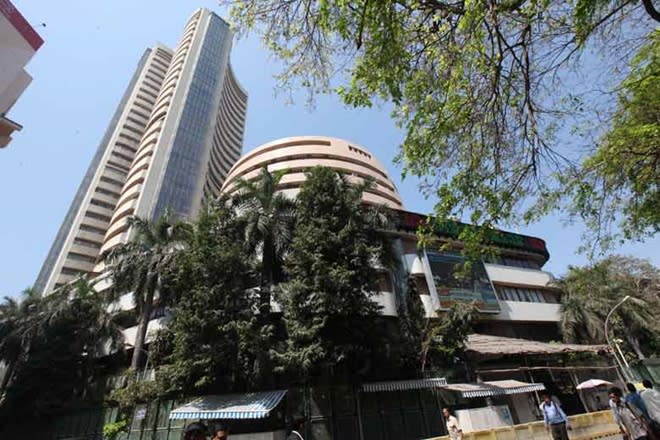 Benchmark index BSE Sensex rallied over 200 points in early trade on Thursday on account of firm global cues. Nifty was trading over 7,950.

10.25 am: Market benchmark BSE Sensex recaptured the crucial 26,000-mark by advancing over 200 points in early trade on Thursday as investors engaged in widening their bets amid firm global cues.

10.12 am: The rupee weakened by 5 paise to 66.27 against the dollar at the Interbank Foreign Exchange (forex) market on fresh demand for the American currency from importers and banks.

10.00 am: Meanwhile Equitas Holdings shares made a robust stock markets debut on Thursday at a list price of Rs 144 on BSE, up 30.91 per cent, against the issue price of Rs 110.

9.48 am: Maruti Suzuki India is planning to add around 323 more dealership outlets including 123 Nexa showrooms, which is catering to premium segment of the passenger car market. The company is expected to continue its low double digit growth during the current financial year. The company has sold around 70,000 cars in the Nexa channel in six months and it has been able to create that delight among the customers. Shares of Maruti were trading 1.04 per cent up at Rs 3707.70.

8.41 am: The BSE Sensex and NSE Nifty are likely to open in green on Thursday tracking Nifty futures on the Singapore Stock Exchange (SGX Nifty) and firm global cues.

Asian shares hovered close to 5-1/2-month highs on Thursday as oil prices showed surprising resilience partly on hopes that oil producers may eventually agree on a measure to ease a global glut.

Wall Street shares ended less than 2 per cent short of a record-high close on Wednesday as a rebound in oil prices added to optimism sparked by a raft of earnings reports.

Back home, the market see-sawed for most part of the day, but ended in the green for the fifth straight session by inching up about 28 points as investors added to their bets amid sustained inflows by foreign funds. But the gains were somewhat offset by concerns about TCS’ weaker-than-expected margins and slide in oil prices due to oversupply issues.

Shares of Wipro and Tata Steel will remain in focus on Thursday. Wipro on Wednesday after market hours reported 1.6 per cent drop in its March quarter net profit to Rs 2,235 crore due to pressure on margins even as it aims to double revenue to $15 billion by 2020, while its board approved a Rs 2,500-crore share buyback plan.

Tata Steel UK’s senior staff are believed to be finalising plans to bid for a management buyout of the Indian group’s troubled Welsh steelworks.