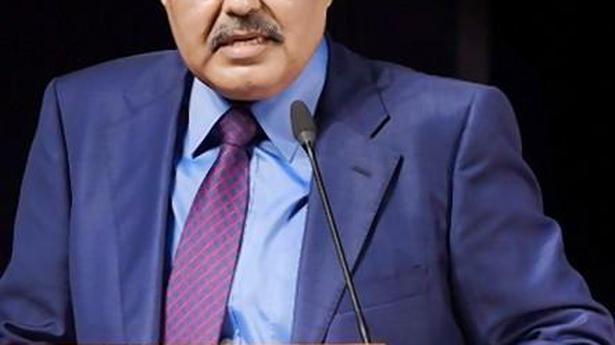 SEBI chairman Ajay Tyagi said on Friday that the recent growth in India’s financial markets was not a ‘bubble’ effect, but driven by the country’s strong macro-economy and reforms like demonetisation.

Stock indices scaled new highs on April 26, with the benchmark Sensex closing above the 30,000-mark for the first time. Continuing foreign inflows also helped the rupee strengthen to a 20-month high against the dollar.

To make it easier for global funds to dabble in the Indian market, the Securities Exchange Board of India (SEBI) is working on a new common registration form for foreign portfolio investors (FPIs) in tandem with the Central Board of Direct Taxes and the Reserve Bank of India so that they don’t have to register separately with each of them.

Mr. Tyagi said he would push for removing restrictions on currency derivatives trading in the country as not only was the market for such instruments moving to places like Singapore and Dubai, but also job opportunities in financial services.

“Currency derivatives are regulated by RBI and it has some views,” Mr. Tyagi said. “It was also discussed in the Financial Stability and Development Council chaired by the FM. A lot of issues that the CBDT and the RBI had… have been deliberated upon and a committee had given a report. SEBI will take the initiative and reopen that and act as a convenor to further take forward that report.”

The markets regulator also intends to improve the risk-based registration system for FPIs, especially issues raised by category II and III investors, and was awaiting the finance ministry’s comments on its proposed common registration form for FPIs, he said at a session on financial markets at the annual meet of the Confederation of Indian Industry (CII).

While harassment by the market watchdog’s enforcement officials would not be tolerated, the SEBI chief said market intermediaries still needed to abide by corporate governance norms that were stricter than those applicable for listed companies.

“Enforcement and investigation agencies should keep abreast with the latest happenings in the market so that they don’t look at things in an outdated manner that could lead to harassment. We will not allow and tolerate any kind of harassment by investigation and enforcement. We will do so in a timely manner, objective manner and anyway, those decisions are appealable before the SAT and Supreme Court,” he said.

Mr. Tyagi conceded that stock market listings by start-ups had failed to take off despite relaxations offered to them and said consultations were underway with start-up representatives.

“Either the relaxations are not adequate or as some people say, it’s the general economic environment that they have other issues. We will review why this is not working and do what is required,” he said.