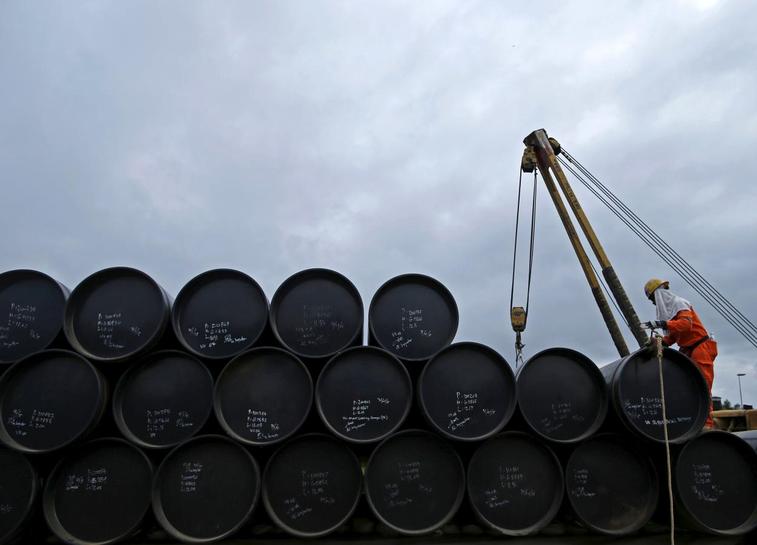 A worker prepares to transport oil pipelines to be laid for the Pengerang Gas Pipeline Project at an area 40km (24 miles) away from the Pengerang Integrated Petroleum Complex in Pengerang, Johor, February 4, 2015.

NEW YORK Crude oil prices hit 2016 highs on Tuesday on the back of a rally in the gasoline market and after an industry group reported a surprise draw in U.S. crude stockpiles.

Brent and U.S. crude’s West Texas Intermediate (WTI) futures finished regular trading about 3 percent higher, riding on the coattails of a gasoline rally that hit August highs after a series of refinery hikes.

In post-settlement trade, both benchmarks rose more than 4 percent after the American Petroleum Institute reported a drawdown of nearly 1.1 million barrels in U.S. crude inventories last week versus a 2.4 million-barrel build expected by analysts in a Reuters poll. [API/S] [EIA/S]

The API report is a precursor to official inventory data due on Wednesday from the U.S. Energy Information Administration.

“There’s a possibility we could see newer highs from here, notwithstanding the EIA data, as the market is really fired up on the idea of tightening supplies,” said John Kilduff, partner at New York energy hedge fund Again Capital.

Crude markets got off to a rousing start in the New York session as gasoline futures and gasoline refinery margins both surged from refinery outages, Venezuela buying and a reported drop in New York inventories.

“I think the market has become more optimistic on oil products,” said Scott Shelton, broker and commodities specialist with ICAP in Durham, North California. “If refining margins stay strong, crude runs will be quite high and that will make the odds of a crude stock draws increase significantly.”

Oil prices are headed for a fourth straight week of gains, with Brent on track to finish April 17 percent higher for its best monthly gain in a year, despite aborted plans by major producers to agree on an output freeze at a meeting in Qatar earlier this month.

“For now, the line of least price resistance remains to the upside, and we will be reassessing this view in light of tomorrow’s FOMC statement,” said Jim Ritterbusch of Chicago-based oil market consultancy Ritterbusch & Associates.