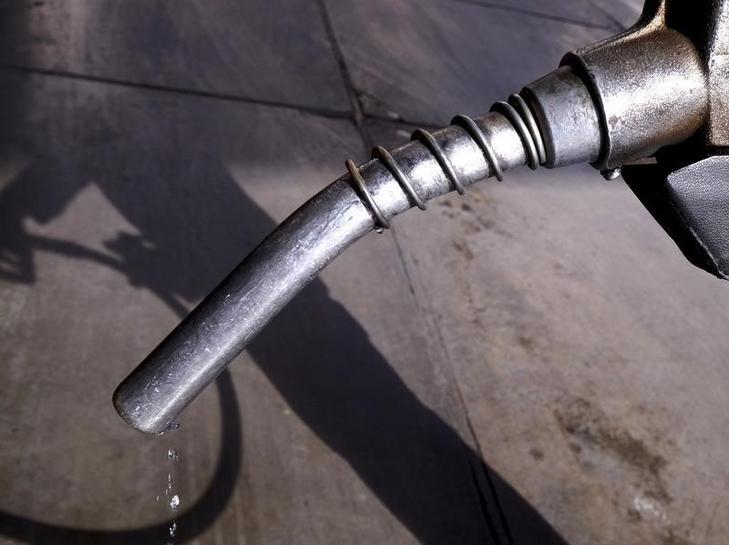 A worker grabs a nozzle at a petrol station in Tehran, Iran January 25, 2016.

SINGAPORE Crude oil futures jumped on Wednesday, lifted by growing expectations that exporters will agree to freeze their output amid global oversupply, although Iran’s plans to boost production are seen as capping bigger price gains.

The Kuwaiti governor for the Organization of the Petroleum Exporting Countries (OPEC), Nawal Al-Fuzaia, said on Tuesday that there were “positive indications an agreement will be reached” during a producer meeting scheduled for April 17 in Qatar.

“Oil gained some momentum. The comment by the Kuwait OPEC governor provided some support to prices,” ANZ bank said, but warned that investors would likely remain cautious ahead of the April 17 meeting.

An initial output freeze agreed in February has helped oil prices rise to almost $38 a barrel from a 12-year low close to $27 plumbed earlier this year.

However, prices have fallen in recent days on doubts that a wider deal will be reached, largely because Iran has so far said it has no intention of slowing its production after crippling sanctions against it were lifted in January.

That would be up from a little over 1 million bpd under the sanctions and only slightly below pre-sanctions peaks of 2.5 million bpd.

With Iran’s exports rising and other producers pledging to freeze production near record-high levels, an agreement would do little to address a global supply overhang that sees at least a million barrels of crude produced every day in excess of demand.

Dutch bank ING said that technical market indicators implied that oil prices had developed a bottom near recent lows but that the “short-term upside is limited”.

This followed top exporter Saudi Arabia cutting its May Arab Light crude OSP by 10 cents per barrel to a discount of $0.85 per barrel to the Dubai average.