Singapore’s score in a global ranking of livable cities has stagnated since 2011, which may make a difference to highly mobile top talent.

But it remains one of the world’s more livable cities, ranking 46th out of 140 cities assessed, while Hong Kong was 43rd.

Singapore did particularly well in providing a safe and stable habitat, but scored lower in culture, environment and healthcare in the Economist Intelligence Unit’s (EIU) annual Livability Ranking. which began in 2002. In response to queries, the EIU supplied the results since 2011.

Although Singapore’s overall ranking might look middling, it is not cause for alarm, said experts.

“Singapore has a high score and the EIU classifies it in the top tier of livability,” said Simon Baptist, EIU chief economist and managing director for Asia.

Singapore scored 88.7 out of a possible 100, based on five areas: stability, healthcare, culture and environment, education and infrastructure.

Its score has not changed since 2011, though its ranking improved from 51st to 46th because other cities fell behind in stability – factors such as crime rate, risk of terrorism and risk of social unrest.

Singapore performed worst in the area of culture and environment, with a score of 76.6.

Not much can be done about environmental factors: humidity and temperature, and “discomfort of climate to travellers”.

But its cultural score – which includes factors such as corruption, censorship, sports, the arts, and food and drink – can be improved, said Baptist.

“Singapore is dragged down due to its high level of censorship, which means the local media is less diverse and interesting, and residents do not have the same possibility to engage in public debate or get involved in campaigning or NGOs.”

Singapore’s healthcare score also lags behind some cities despite high quality healthcare, he added. This is mainly because of a lower number of doctors and hospital beds per capita, and lower public healthcare spending as a percentage of gross domestic product.

This may affect expatriates here on local packages, but will have less impact on those with private healthcare insurance, said expat expert Yvonne McNulty.

Livability has been a focus of the Government, from efficient transport to vibrant public spaces.

This is both to improve citizens’ everyday lives and to boost competitiveness by ensuring Singapore is an attractive place to live for top talent.

OCBC economist Selena Ling said livability may make a difference for top global talent, who can choose where to go.

But she and other economists said foreign investors’ top concerns are the domestic cost environment, overall availability of talent and competitive advantages such as good corporate governance and transport links.

“Livability is more like icing on the cake after the basics have been taken care of.” Otherwise, places such as Australia and Canada, which rank high for livability, would top competitiveness rankings – which is not the case.

DBS economist Irvin Seah agreed. “I think we’ve reached a certain stage of development where we can feel more confident about the standards of living in Singapore.

“If there is any ranking that we need to focus on, it’ll be those pertaining to innovation and overall economic competitiveness.” 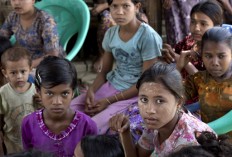 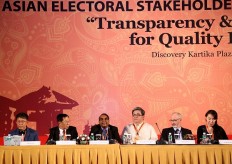 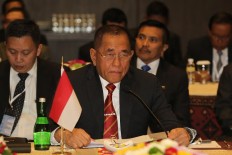