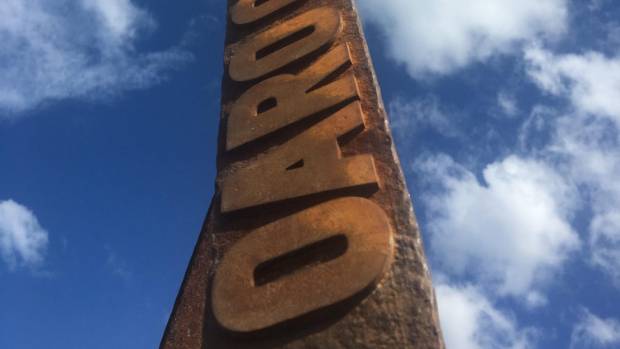 It’s not the first, and it probably won’t be the last, time someone has asked that.

But this time, it’s a resident doing the head scratching. 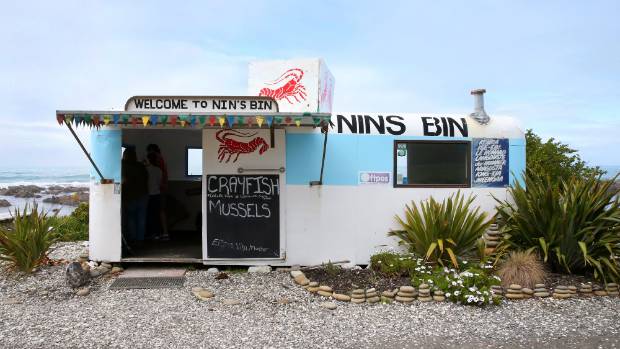 The iconic Nins Bin at Rakautara.

Noeline O’Carroll wants to know why the small settlement of a dozen houses, 22 kilometres north of Kaikōura, has been left off a new sculpture paying tribute to the many towns and townships affected by last year’s earthquake.

READ MORE:
* Residents of Rakautara stranded no more
* Hermit of the highway: How a man in the woods survived Kaikoura’s 7.8 earthquake
* Formidable job ahead for Kaikoura road repairers

The KiwiRail-commissioned artwork, made by Kaikōura sculptor Ben Foster using twisted iron from the quake-damage railway line, was unveiled at the Kaikōura Railway Station earlier this month, to coincide with the town welcoming the return of rail freight. 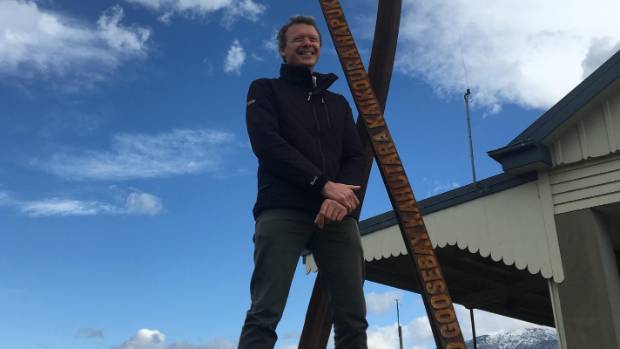 A new sculpture by artist Ben Foster at the Kaikōura Railway Station.

But O’Carroll is not impressed Rakautara is not on there, especially as houses were without electricity and residents had to use wheelbarrows to get supplies in after slips cut the township off.

O’Carroll said she could not believe settlements without a human population were picked ahead of them.

“At Ohau Point, no-one lives there except the seals. We should be between Hāpuku and Ohau Point.”

Kaikoura artist Ben Foster Sculpture created a stunning piece of art to commemorate the rebuild of the Main North Line after the earthquake.

She had been in contact with both KiwiRail and Foster to try and figure out what happened.

She hoped Rakautara could be added to the sculpture, especially with its rich railway history.

In the 1940s, Rakautara, known as Aniseed Village, was used as a campsite for workers building the Main North Line railway from Wharanui to Kaikōura.

A large slip cut off the small settlement of Rakautara, 22 kilometres north of Kaikōura, after last year’s earthquake.

A KiwiRail spokesperson said Foster was commissioned to create a sculpture commemorating the rebuild of the rail line following the Kaikōura earthquake and the challenges faced by the local communities.

“​It would be inappropriate for KiwiRail to comment on the artist’s representation, however we note that many local communities were affected by the earthquake, and the sculpture is designed to reflect the experience of everyone in the region.”

Foster, currently in Singapore, could not be reached for comment.