Thousands of Filipinos gather to cheer Duterte in Singapore 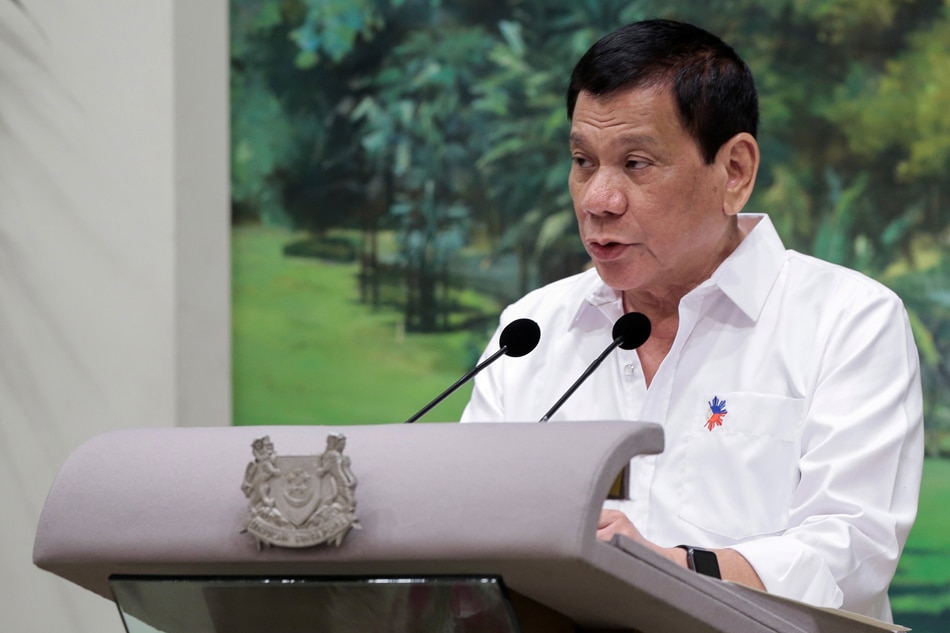 Philippines President Rodrigo Duterte delivers a speech at the start of a state dinner hosted by Singapore’s President Tony Tan at the Istana in Singapore, December 15, 2016. Wallace Woon, Reuters/Pool

SINGAPORE – Thousands of Filipinos gathered in Singapore on Friday to catch a glimpse of their president, Rodrigo Duterte, in a big show of support for a leader whose bloody war on drugs has horrified global rights groups but won support at home.

About 135,000 people from the Philippines live in Singapore, according to a breakdown of Philippine statistics for 2015.

About 70,000 of them are women working as domestic helpers, rights groups estimate, and many of them turned up on Friday – some without the permission of their bosses – to cheer their president on a visit to the city state.

“Most people love Duterte,” said 43-year-old maid Arnelya, who declined to give her full name because her employers did not know she went out.

“I didn’t ask them because they wouldn’t have let me. I’m very lucky because my employers are on holiday,” said Arnelya, who is supporting her four children back home on Mindanao island, Duterte’s home region.

Hours before Duterte was due to appear at an exhibition center near Singapore’s Changi airport, cover bands, a church choir and a martial arts group took to the stage to entertain the crowd.

Organizers issued 6,000 tickets for the event but expected a much larger turnout as supporters turned up hours early.

Duterte’s war on drugs, the key plank of his campaign for a May election, has claimed about 5,000 lives since July 1.

While international rights groups, organizations including the Untied Nations and leaders such as US President Barack Obama have raised concern about the extra-judicial killings, at home, the bloody toll has bolstered Duterte’s standing.

Duterte retained a “very good” opinion-poll rating after six months in office, with a net satisfaction rating of 63 percent, a Philippine polling agency reported this week.

Other supporters held up clenched fists and banners reading “You are not alone on your war against drugs, Mr. President” and “Duterte – Making Philippines glorious again”.

“He’s fighting for us, for peace, order and safety. He must be tough. If not, crime will still go on.”

Duterte has promised the country’s millions of overseas workers to boost the economy and fight drugs and corruption, so they can come home to a better life.

Across town, in central Singapore, Lilian Taguinod, 34, was disappointed she could not go to see her president.

“I want to see him, but I can’t go because I cannot take the day off. It is impossible for anyone else to take care of her. She’s like my fourth daughter.”