What has Malaysian leader Najib Razak’s China trip got to do with 1MDB?

When Malaysian Prime Minister Najib Razak arrives in Beijing on Monday for a week-long visit, chief among his concerns will be to secure investment that can boost his country’s flagging economy.

Success in doing so would help Razak in the short term, as securing investment to fund the country’s budget would boost his popularity by helping to pay for cash handouts and other incentives he has promised constituents.

It would also limit the fall-out from the corruption allegations he faces regarding state-owned 1 Malaysia Development Berhad (1MDB) fund – something many analysts see as his real motivation for the trip. However, the longer term implications of what appears to be a growing reliance on Chinese funding has some observers worried.

Malaysia keen to learn from China

While the commitment to fiscal consolidation was welcomed, the international ratings agency Moody’s noted there were no major new reforms to address the country’s underlying fiscal weakness.

“Credit positive developments” were offset by “a decline in revenues, weakening in debt affordability and an absence of major fiscal reforms which place the medium-term goal of a balanced budget by 2020 at risk”, Moody’s warned. 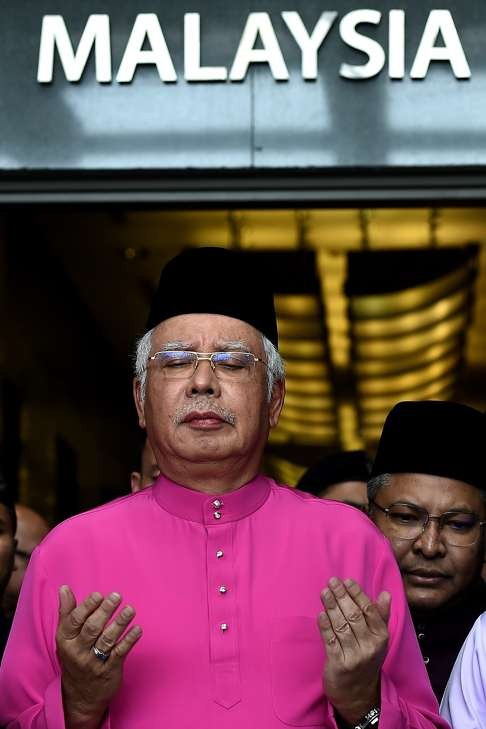 “Malaysia is in desperate need for investment and the government needs to find new investors. China is an important target. This visit is important to Najib as he needs to make sure there is a continuous FDI [foreign direct investment] inflow,” said Wan Saiful Wan Jan, chief executive of the Institute for Democracy and Economic Affairs.

Leonardo DiCaprio cooperating with US DOJ in Malaysia scandal

Najib’s moves towards China were borne of necessity rather than choice, according to Wan.

“I don’t think he is willingly doing so…this is more because he doesn’t have any other choice. China is cash rich and Najib’s administration needs to attract some of that cash. China is certainly helping him with the various investments it is making in Malaysia, including investments in 1MDB ventures,” Wan said. 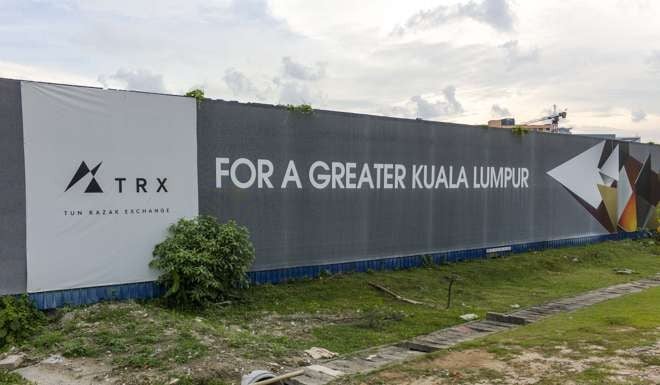 In the past year, China has been a white knight for Najib, buying up assets in the troubled 1MDB by outbidding everyone else, with the opposition raising concerns the Chinese are buying influence. This week, a Facebook posting by Malaysia’s Ministry of Defence said the country would sign a contract to purchase Littoral Mission Ships from China during Najib’s trip to Beijing. The post was later deleted.

“The visit reinforces the emerging pattern of Malaysia turning to China as a panacea for its economic woes. If this trend continues, it will deepen Malaysia’s economic dependency on China, which will also exert high political costs on Malaysia and ultimately undermine its strategic autonomy,” said Tang Siew Mun, senior fellow at the Regional Strategic and Political Studies programme at the ISEAS-Yusof Ishak Institute in Singapore.

Clean and fair elections? Malaysia may be pushing the boundaries

However, sources point out that Najib’s relationship with China goes back much further – to some 42 years ago when his father Abdul Razak Hussein, Malaysia’s second prime minister, established diplomatic ties with China, breaking rank with the rest of the Association of Southeast Asian Nation members at the height of the cold war. “China has never forgotten what [Abdul] Razak did. Najib grew up listening to talk of China at the dinner table. This relationship with China is not something that came about suddenly or out of expediency. It goes back a long way,” a source told This Week in Asia.

Najib has said many new agreements will be signed during the trip. “To this end, I look forward to my discussions with [their] Excellencies President Xi Jinping (習近平) and Premier Li Keqiang (李克強),” he said.

He is scheduled to visit Beijing, Tianjin ( 天津 ), Gu’an county of Hebei ( 河北 ) province and Zhangjiakou (張家口) and is expected to discuss cooperation in education, defence, agriculture, trade and investment, tourism and culture, and science and technology.

Opposition MP Ong Kian Ming of the Democratic Action Party said the visit was Najib’s fifth to China and given the country’s importance as a strategic and trading partner, it should not be seen as out of the ordinary.

However, he was concerned that “infrastructure related funds, such as any loans for the East Coast Rail Link, will be given to Malaysia as a means of getting Malaysia to take a more pro-China position on the South China Sea dispute”. 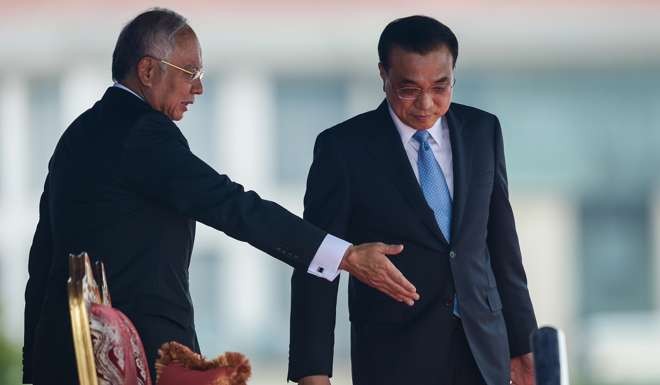 The rail link is a 600km line connecting Kuala Lumpur to the eastern states of Pahang, Terengganu and Kelantan at an estimated cost of 55 billion Malaysian ringgits (HK$100 billion).

“[I’m concerned] that these funds or loans will come with conditions such as giving these contracts to Chinese companies, whereas an open tender for these jobs would be more in line with our national interest,” Ong said.

Analysts question the long-term wisdom of relying on China economically given the growth of its own economy is slowing.

Another rally, but is Malaysia suffering 1MDB fatigue?

“In the short term, Malaysia’s turn to China will reap bountiful economic benefits,” said Tang of the ISEAS.

“In the longer term, Kuala Lumpur and Beijing should ask if this tributary-like relationship is sustainable. How long can China shower Malaysia with economic benefits in light of its own economic stresses attendant with the new normal,” asked Tang, referring to Beijing’s description of its new era of slower growth. Wan, of the Institute for Democracy and Economic Affairs, feared an influx of Chinese investors would do little to generate jobs or transfer technology to the local economy.

“I think there is a major problem in terms of the trickling down of benefits from contracts issued to Chinese companies. They like to bring in their own staff and equipment even when the equipment can easily be rented in Malaysia,” Wan said.

PM Najib says Malaysia will cooperate with US investigation of 1MDB, rules out snap election

“They hardly transfer any knowledge or share the work with locals. In some areas, they bring thousands of workers from China and create small Chinese villages. It is important for the government to strike deals that would ensure some of the benefits from the contracts are shared with local businesses too.”

Amy Chew is a journalist based in Kuala Lumpur